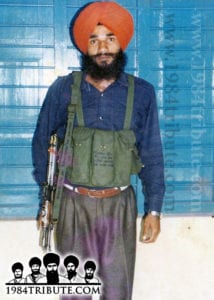 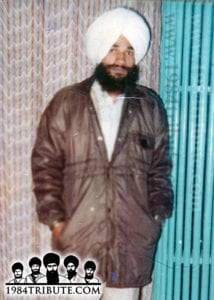 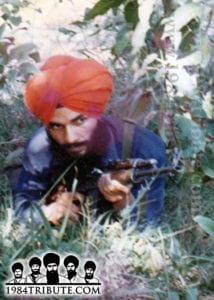 Bhai Upkar Singh Insaaf was in the year of 1967 in the house of Sardar Hardeep Singh and from the womb of Mata Surjit Kaur, in the village of Khode Bet near Dera Baba Nanak. Bhai Sahib was the oldest of 3 brothers and had no sisters. Sardar Hardeep Singh made a living from farming. Bhai Sahib studied up till 10th class at an English Medium School of Dharamkot. Bhai Sahib was a great student and would always pass his exams with high scores. As well as studying Bhai Sahib also took great interest in sports, especially running. Bhai Sahib took part in athletics on a state level and had won many medals which are still kept by the family of Bhai Sahib. Due to the family being poor Bhai Sahib was unable continue further studies after passing 10th class. During this time Bhai Sahib was seriously injured in an accident and was treated for almost 6 months.

In June 1984 the Indian government attacked the heart of every Sikh by destroying Sri Akaal Takht Sahib with tanks and cannons. As well as Sri Akaal Takht Sahib, the Indian government also ruined the lives of hundreds of thousands of families, who were mercilessly killed as they visited Sri Harimandir Sahib to pay their respects to Guru Arjan Dev Ji on their martyrdom day. This hideous act of the Indian government had a deep impact on Bhai Sahib as well as every other Sikh. After the attack on Sri Harimandir Sahib, the Punjab police were given orders to arrest and kill Sikh youths who were part or even sympathisers of the Sikh Freedom Movement.

Soon Bhai Sahib was also targeted by the Punjab police. In the year of 1988, the police arrested Bhai Sahib and charged him of being involved with Jhujaru Singhs in murdering someone. Bhai Sahib was innocent and was not involved in this murder, but due to Bhai Sahib being a Gursikh, the police could not stand the sight of him. Bhai Sahib was arrested along with another Jhujaru Singh by the name of Bhai Ajit Singh alias Bhai Bachittar Singh from the village of Batkana Boharwala. Both Singhs were blindly tortured by the Punjab police. For a year Bhai Sahib was kept in jail and after no evidence or witness came forward Bhai Sahib and Bhai Ajit Singh alias Bhai Bachittar Singh were released. Upon being released Bhai Sahib knew that the Punjab police will continue to harass him and his family. Bhai Sahib had enough of these injustices being committed on him by the Indian security forces. Bhai Sahib established good links with Bhai Ajit Singh alias Bhai Bachittar Singh, who was already doing actions with the Jhujaru Singhs of Khalistan Liberation Army under the command of Bhai Narain Singh Chaura. Slowly Bhai Sahib also started doing actions with Jhujaru Singhs and few months after being released he joined Khalistan Liberation Army. Bhai Sahib had left all the luxuries of his house and started to live in jungles to serve justice to the culprits who were killing Sikhs. Looking at the bravery and honesty of Bhai Sahib, Bhai Narain Singh Chaura made Bhai Sahib the Khalistan Liberation Army Area Commander of Dera Baba Nanak.

Information given by the family of Shaheed Bhai Upkar Singh Insaaf 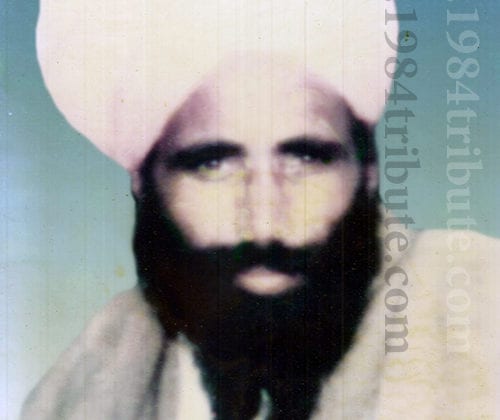