1978 September – The Sikh Massacre of Kanpur 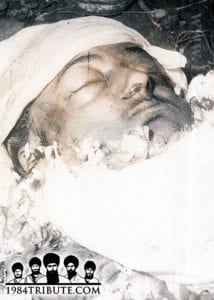 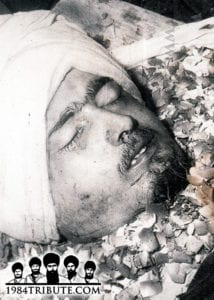 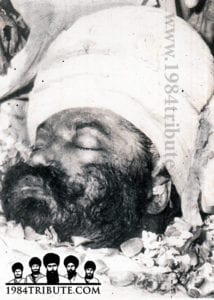 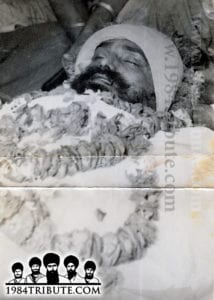 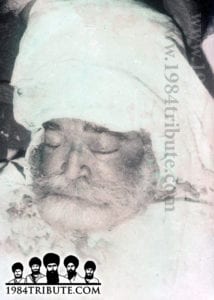 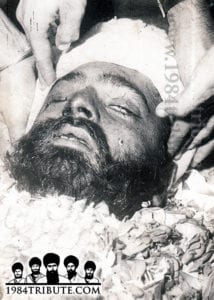 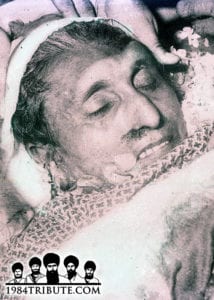 1978 September – The Sikh Massacre of Kanpur

After the Vaisakhi Massacre of 13thApril 1978, a peaceful agitation was started against the Narakhdharis. Wherever they held their meetings, Sikhs would go and strongly protest. Thus, Gurbachana was unable to address the meetings held at Varanasi, Azamgarh and Allahabad in Uttar Pardesh. On 25th September 1978, Gurbachana reached Kanpur at (also in Uttar Pardesh) 9.30pm flanked by police officers ordered to provide protection.

The news soon leaked out and the Sikhs started a protest march from Gurdwara Gobindpuri Sahib, which is 3 kilometres away from the Narakhdhari Bhawan in Kanpur. Women and children were also amongst the protesters. The Narakhdhari chief had again made full preparations to massacre the Sikhs.

When the Sikh protesters reached the Nirankari Bhawan, they were attacked by the cult followers with brick, bats and shotguns. An armed volunteer of the Narakhdhari cult attacked Bhai Kishan Singh with a spear, piercing his stomach. A fight ensued, and it was then that the police officers started to shoot at the Sikh protesters. As a result, thirteen Sikhs were martyred while a further seventy-four were injured.

This incident further increased Sikh resentment against the Narakhdhari cult and the Indian Government. On 28th September, the bodies of those killed at Kanpur were carried in huge procession. The day before, the Sikhs of Amritsar, Delhi, Bombay, Lucknow, Kanpur and many other places observed a one-day protest strike.As tempers ran high, the Punjab government decided to ban the Narakhdhari leader from entering Punjab for six months. Gurbachana challenged this in the Indian Supreme Court and the ban was lifted.

1978 April – The Sikh Massacre of Amritsar