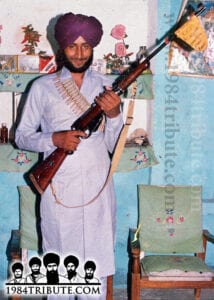 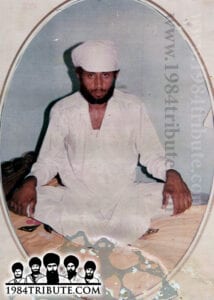 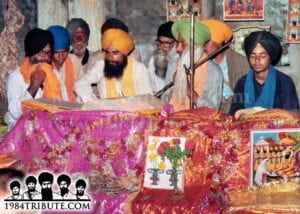 Bhai Major Singh Kala was born in 1967, in the house of Sardar Gurbaksh Singh and from the womb of Mata Jagir Kaur in village Bhandal, near Kalanaur. Bhai Sahib was the second eldest of 3 brothers and 3 sisters, eldest Bibi Surjit Kaur, Bhai Major Singh himself, Bhai Jagtar Singh, Bibi Narinder Kaur, Bhai Balkar Singh and youngest Bibi Rajwant Kaur. Main source of this family’s income was agriculture. Bhai Sahib had only studied up till 5th class at the local government school of Bhandal. Being the eldest son, Bhai Sahib left his studies to help his father in the farms and made sure that his younger siblings received full education. Bhai Sahib gained great amount of knowledge on agriculture.

Bhai Sahib was very brave, when he used to go to his farms to work, the Jhujaru Singhs would come and rest at his motor. Bhai Sahib was a supporter the Sikh struggle since the Dharam Yudh Morcha and felt the need for Jhujaru movement after the attack on Sri Harimandir Sahib in June 1984. Soon Bhai Sahib joined the Jhujaru Singhs of Khalistan Commando Force under the command of Bhai Pargat Singh Samra. Straight after Bhai Sahib crossed the border into Pakistan for arms and guerrilla warfare training. After going to Pakistan, the Punjab police started targeting Bhai Sahib’s family, arresting and torturing family members. Bhai Sahib stayed in Pakistan for 3 months and after returning to Punjab, he started doing Jhujaru actions with Bhai Pargat Singh Samra.

Bhai Sahib remained active under Bhai Pargat Singh Samra for some time, but after the martyrdom of Bhai Samra, Bhai Sahib joined the Jhujaru group of Bhai Pipal Singh Toofan. With Bhai Toofan, Bhai Sahib smuggled many weapons into Punjab and armed the Sikh youth so that they could defend themselves from the brutalities of the Indian government. Bhai Sahib had many fierce battles with the Indian security forces and deliberately attacked CRPF/BSF checkpoints in Punjab, and after causing heave damage and casualties Bhai Sahib and his Jhujaru brothers would escape unharmed. Being the eldest son of the family, the parents of Bhai Sahib tried to get him married, but Bhai Sahib always refused and said, “I just want to attain martyrdom for Sikhi and Sikh struggle.”

In the early hours of 9th April 1991, Bhai Sahib along with some of his Jhujaru brothers were resting at a house in the village Bhai Ladhu. This information was given to the nearby police station of Algon Kothi by an informant. The police instantly surrounded the house as the police station was not far. When Bhai Sahib realised that he had been surrounded by the Indian security forces, the Jhujaru Singhs grabbed their assault rifles and started a fierce battle. The battle exchanged bullets for almost 7 hours, Bhai Sahib and his Jhujaru brothers dropped many Indian soldiers to hell. In the end and after being heavily wounded, Bhai Major Singh Kala, Bhai Dilbagh Singh Bagha alias Bhola (Chanchak), Bhai Gurbaksh Singh Bittu Granthi (Bhai Ladhu), Bhai Sukhwinder Singh Shinda (Valtoha) and Bhai Shamsher Singh Sher Puria (Valtoha) attained martyrdom. Punjab police did not give the bodies of the martyrs to their families and cremated these Sikh warriors in Patti. Only the ashes of these Jhujaru Singhs were given to their families.

Information given by the family of Shaheed Bhai Major Singh Kala 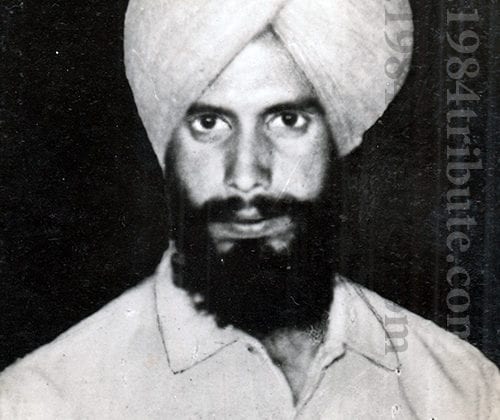 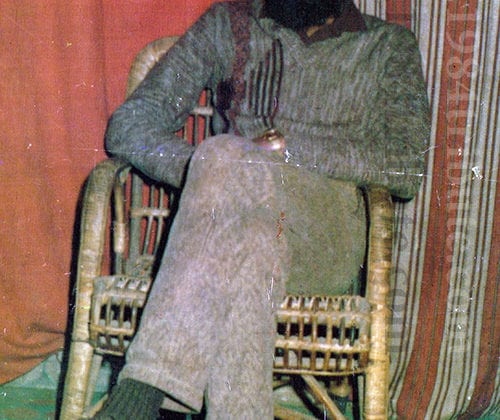