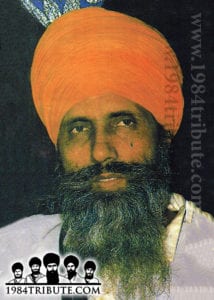 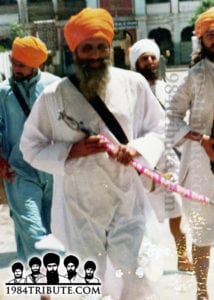 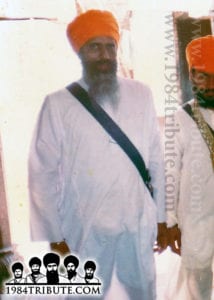 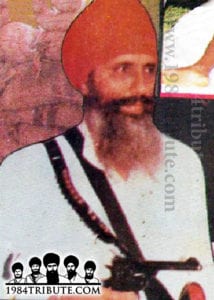 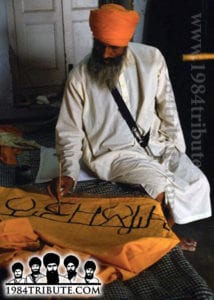 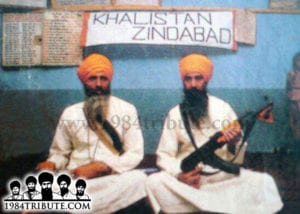 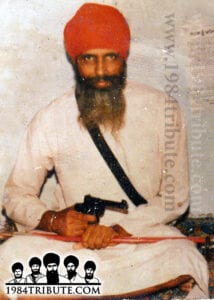 Sant Jarnail Singh Ji Bhindranwale had openly challenged the government of India that the Sikhs will continue to fight for their rights. The Indian army attacked Sri Darbar Sahib in June 1984 to capture or kill Sant Ji. Now if the holiest shrine of the Sikh faith is attacked, then how can a Sikh of Guru Gobind Singh Ji tolerate this disrespect? This attack had an deep impact not only on Bhai Jagir Singh but the whole Sikh panth, it made Bhai Sahib leave his family and home to go and join the Sikh Freedom Movement and fight to the dying breath for freedom, for Khalistan.

When Dharam Yudh Morcha were taking place for the rights of the Sikh community in 1983, Bhai Sahib also gave his arrest amongst the Sikh sangat. At the time of the attack on Sri Darbar Sahib in June 1984, Bhai Sahib was at his village and soon as he received the news of the attack, Bhai Sahib gathered all the singhs from his village and started marching towards Sri Harimandir Sahib to free the complex from the hands of the invading Indian army. When the singhs reached the River Beas, they were stopped by the army. The singhs tried to move across but the heavy presence of the army did not allow the singhs to progress any further. The singhs were forced to turn back, but onlooker mocked the singh saying, “I thought you were the lions of Sant Bhindranwala, look at you now, walking back with your heads hanging down. While the enemy is destroying your Sri Akaal Takht Sahib and raping your mothers and sisters. The people who hate the Sikhs are giving out sweets and getting drunk in celebrations of the attack on Sri Harimandir Sahib. What are you going to do about them?” during and after the attack on Sri Darbar Sahib, the anti-Sikh elements such as Congress, RSS, Shiv Sena and BJP encouraged their supporters to celebrate the attack on the holiest shrine of the Sikhs by giving out sweets and alcohol. Upon hearing the mocking of an onlooker, Bhai Sahib turned to his brother, Bhai Simranjit Singh and planned what was going to be the step. The plan was to go to nearby villages where these people were celebrating and speak to them to explain what they were doing is wrong. When Bhai Sahib spoke to these people, they started swearing at Sant Ji which Bhai Sahib did not tolerate. Bhai Sahib and Bhai Simranjit Singh pulled out the swords and chopped this man into pieces.

In the armed struggle for Khalistan, many freedom fighting groups were created and did some great sewa. Bhai Sahib and fellow singhs had created the Khalistan Security Force, but later this Jathebandi merged with Khalistan Commando Force and Bhai Sahib was chosen as the spokesman for Panthic Committee. Bhai Sahib was given the duty of arranging the meetings between the Khadku Singhs at Sri Darbar Sahib in behalf of the Panthic Committee. Before taking up duties at Sri Darbar Sahib, Bhai Sahib punished a BSF Commander by the name of AK Sharma, who had made Bhai Harjinder Singh Arjunpura shaheed in a fake encounter. Later Bhai Sahib also punished ASI Gurbaksh Singh who had a hand in the shaheedi of Shaheed Bhai Mathra Singh.

On 9th May 1988, the Indian government attacked Sri Darbar in an operation under the name of Black Thunder. Bhai Sahib stood his ground and faught the invading Indian forces. Bhai Sahib had once said, “To maintain the purity of Sri Darbar Sahib I will die, but I will never surrender to the Indian government.” Bhai Sahib remained faithful to his words. The on 13th May 1988 around about 2pm Bhai Sahib attained shaheedi fighting the Indian army. It is said that black cat placed in Sri Harimandir Sahib by the Indian agencies shot Bhai Sahib in the back of his head as Bhai Sahib came out of room number 14 of the Parikarma and after Bhai Sahib’s shaheedi saroop laid next to the sarovar. 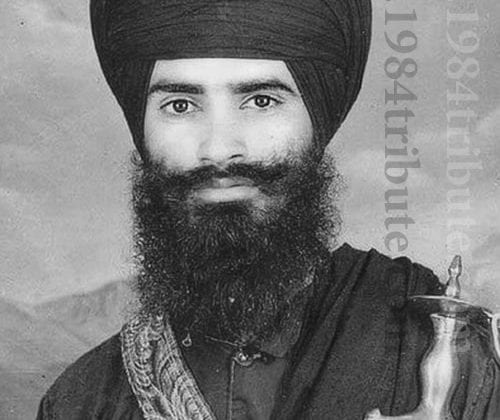 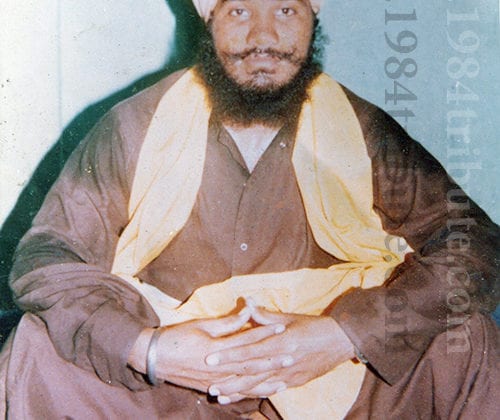