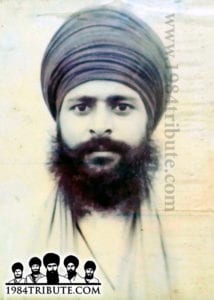 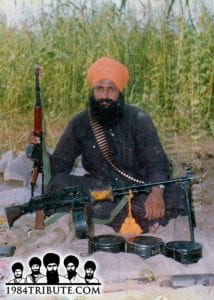 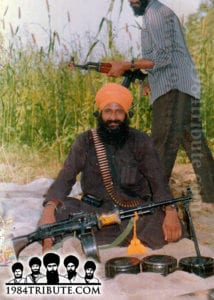 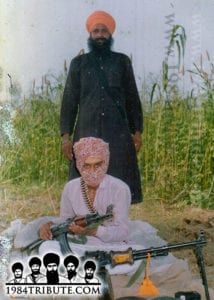 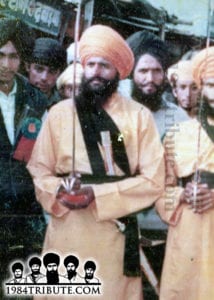 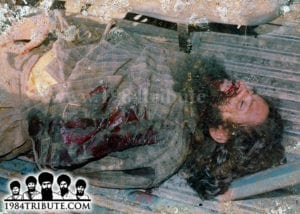 Bhai Jagir Singh was born in the year of 1965 in the house of Sardar Gurbaksh Singh and from the womb of Mata Gian Kaur in the city of Kalanaur. Bhai Sahib was the fourth eldest of six children, two brothers and 3 sisters. Bhai Sahib had studied up to 7th class at the local government school. From childhood Bhai Sahib helped his father on the family farms. Bhai Sahib had taken Amrit at a very young age, in fact Bhai Sahib’s whole family were Gursikhs. Bhai Sahib grew up listening to stories of Sikh history and Gurbani. There was a historical Gurudwara of Baba Banda Singh Bahadhur near Bhai Sahib’s house, Bhai Sahib would wake up daily at Amritvela and go to this Gurudwara to do his Nitnem and sewa. Bhai Sahib always tied a round turban and wore his Kirpan over his clothes when he went out, Bhai Sahib always released positive energy in this saroop. Bhai Sahib also did sewa of being one of the Panj Pyare. Bhai Sahib always spoke to people with love and calmness, the locals all respected and adored Bhai Sahib.

In the year 1987, the armed movement of Khalistan had started in Punjab and was at its peak. Many Sikh youth from Bhai Sahib’s area had jumped into the battlefield to fight against the evil oppression. Due to Bhai Sahib being religious and a man of honour, he was being pulled towards the movement of righteousness. Bhai Sahib was only 21 years old in 1987 and his beard had just started growing on his, when Bhai Sahib started taking part in the Sikh Freedom Movement. Bhai Sahib had joined the Babbar Khalsa and secretly did sewa with Bhai Nishan Singh Kalanaur (still alive). During this time, on 22nd May 1987 Bhai Sahib and a fellow Jhujaru Singh, Bhai Randhir Singh Rehmabad assassinated a racist Hindu, who was on the hit list of the Jhujaru Singhs for a while. This racist Hindu had many Singhs arrested and made Shaheed, the Singhs punished him in his house on the night of 22nd May 1987. As Bhai Sahib tried to flee the scene, the police started following him. Bhai Sahib and Bhai Randhir Singh Rehmabad were unsuccessful in escaping and were arrested by the Punjab Police. After being arrested Bhai Sahib was taken to Kalanaur Police Station and faced blind torture, both Singhs were charged with murder. On 10th June 1987, both Singhs were sent to Gurdaspur Jail. Bhai Sahib had spent roughly four years in jail, and on 16th March 1990 Bhai Sahib was released from Nabha Jail. Bhai Randhir Singh Rehmabad was released roughly four years later on 26th July 1994.

Upon being released Bhai Sahib resumed his life at home and practised his Sikhi with his family. Bhai Sahib still would wake up at Amritvela daily and go Gurudwara, to do his Nitnem and sewa. Bhai Sahib made his living by working on his farms, the police were not yet done. Due to Bhai Sahib being Amritdhari and a Singh who adored the Bana, Bhai Sahib was like a needle to the eyes of the police. Roughly a year had passed since Bhai Sahib’s release, in the month of February 1991, the police stormed Bhai Sahib’s home to arrest him on some false cases. Bhai Sahib got the news of the arrest warrant issued on his name and therefore left home, after this Bhai Sahib never returned home. Bhai Sahib went underground, the police started harassing the family members of Bhai Sahib and at times they were blindly tortured. Bhai Sahib’s father and brothers were regularly arrested and tortured, they were kept on remand for weeks. Bhai Sahib remained in high spirits while he was underground and had joined the Khalistan Guerrilla Force under the command of Bhai Ajit Singh Pardhan Qaddian. After this Bhai Sahib started doing actions on a bigger platform. Bhai Sahib always wanted to stop the injustices upon the Sikhs and to break the chains of slavery from the necks of the Sikhs. Along with Bhai Ajit Singh Pardhan Qaddian, Bhai Sahib also played a major part in the Sikh Freedom Movement.

Information given by the family of Shaheed Bhai Jagir Singh Kalanaur 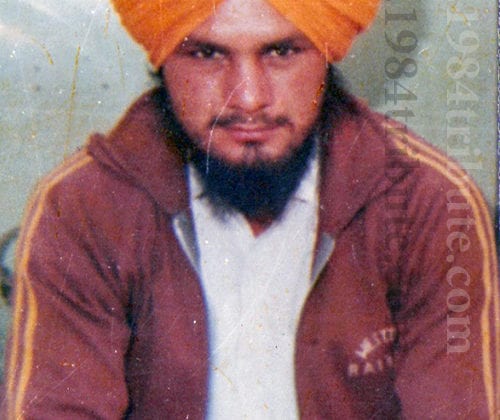