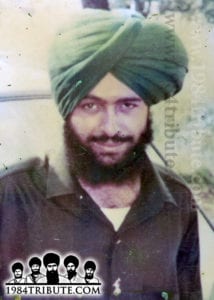 Bhai Kulwant Singh Kanta, who sacrificed his life in the Sikh struggle which was started by Sant Jarnail Singh Ji Bhindranwala was born in the village of Khokhar, district Gurdaspur. Bhai Sahib’s father was Sardar Joginder Singh and mother was, Mata Pyar Kaur. Bhai Sahib was the only child in his family. Bhai Sahib completed his primary education in the local village school and then completed remainder of his education at school of a nearby village. Bhai Sahib had a greeting and lovable personality.

The great Sikh of 20th century, Sant Jarnail Singh Ji Bhindranwale’s love for Sikhi was making the Sikh youth of Punjab wake up and amongst these youths was Bhai Sahib who started listening to the speeches of Sant Ji. Bhai Sahib was only 18 years old when he along with his mates took Amrit from Panj Pyare at Takht Sri Akaal Takht Sahib. The attack on the Sikh throne, Sri Akaal Takht Sahib in June 1984 and the Sikh genocide in November 1984 which took place in many major cities of India, had pushed Bhai Sahib towards the armed struggle for Khalistan. Bhai Sahib sacrificed his luxurious lifestyle and got ready to enter the battlefield.

In 1988 Bhai Sahib joined Babbar Khalsa under the command of Bhai Dharam Singh Keshtival and Bhai Balwinder Singh Sandhu, soon Bhai Sahib was doing actions in secret and proving that he was a brave and fearless warrior. Bhai Sahib also spent 2 years in Gumtala jail for killing an informant of Johal Pandher village, but due to lack of evidence he was released. After being released from jail Bhai Sahib continued to do actions under the Babbar Khalsa group.

Once Bhai Sahib and fellow singhs had surrounded an informant of the police, this was in the Fatehgarh area. The police received the news that the singhs are about to punish their informant. Now on one side of the Singhs were their prey and on the other side was the enemy of the singhs. The singhs had to decide quickly what they were going to do. The singhs captured the informant and killed in a room near the water tubal and after the singhs disguised themselves as farmers and managed to escape.

In Ramdas police station an inmate was being brutally tortured. Not being able to take the pain, the inmate mentioned Bhai Sahib’s name in case to do with a pistol. Bhai Sahib was sitting in the front porch of his house and it was early morning. Bhai Sahib noticed the Indian security forces vehicles moving towards his house. It was roughly 3 o’clock in the morning. Bhai Sahib quickly grabbed his assault rifle and told his family to be ready for the police and escaped from the house. Before the police could reach the house Bhai Sahib had escaped. But the drunken Thanedars showed their bravery by arresting Bhai Sahib’s father and other close relatives. These family members were mercilessly tortured for 8 days. The police had no intention of releasing the family members but the Panchayat held protests and forced the police to release them.

In the end Bhai Sahib was arrested at a petrol station in Fathegarh due to an informant. After 3-4 days of blind torture, Bhai Sahib was bought to his farms in Khokhar for 10 minutes. This was to find more weapons that Bhai Sahib may have had. The whole family house was searched and family members were discriminated. The police had searched the house, but Bhai Sahib was kept in the police jail. The beaten up Bhai Sahib asked his mother for water, Mata Pyar Kaur quickly ran to her son with a glass of Lassi. The evil dogs of Indian government preferred to give punches to Bhai Sahib’s mouth instead of Lassi and shouted at Mata Pyar Kaur to move away. The police took Bhai Sahib back to the police station. At this time the trend in Punjab was to kill Sikh youths in fake encounters. These fake encounters were done almost every day and night, so that the inspectors could be promoted to SSP. This was the time of Butcher Beanta’s rule, 1992.

After searching Bhai Sahib’s house for weapons, on the night of 2nd June 1992 Bhai Sahib and another singh from the village of Madhushanga, district Gurdaspur were killed in fake encounter near the village of Shahpur. To make their bodies disappear the police took them to Batala. The bodies were cremated electrically which took few minutes at a crematory near the Hasari Bridge of Batala. The police told the family that Bhai Sahib had been killed in an encounter. The family of Bhai Sahib went to Batala to collect his flowers (ashes).

When Sardar Joginder Singh told Mata Pyar Kaur about what had happened to her son, she went into deep shock mentally and till today has not been able to recover. Whenever Mata Pyar Kaur sees a Gursikh she starts calling, “Kulwant, Kulwant.” We pray to Waheguru to keep the families of shaheed singhs and singhnia in high spirits. 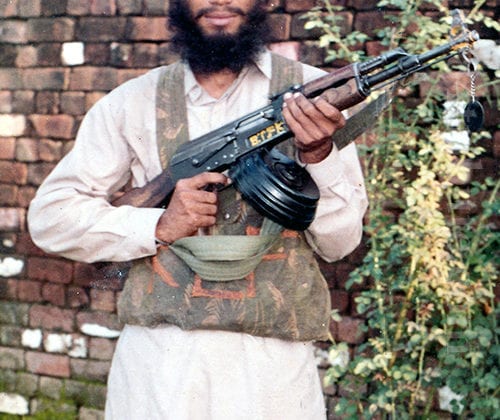 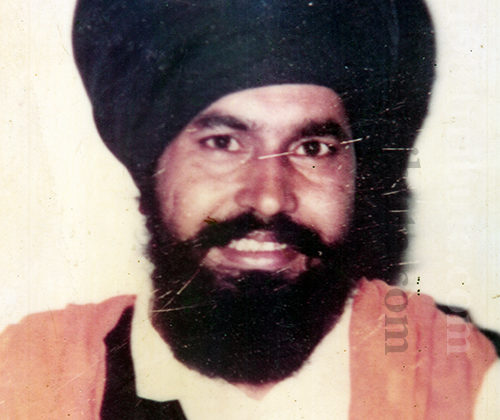 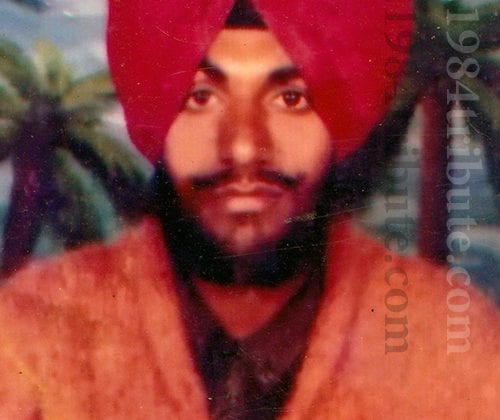