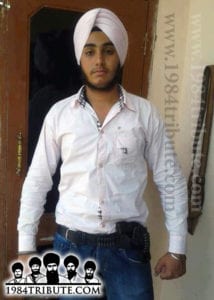 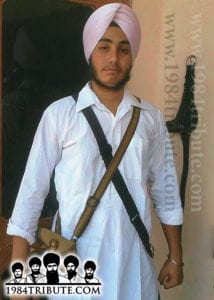 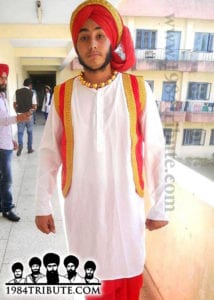 Many innocent Sikhs have lost their lives to the injustice of the Indian Government. Whenever a Sikh has peacefully protested against the fake gurus or the injustice of the Indian Government, they have been answered with bullets, but when Hindus have protested, may it be peaceful or violent they have never had bullets fired upon them for example in Gujarat, Hindu fanatics killed many innocent Muslims but the instead of charging the perpetrators, the Hindu mobs were praised for their massacre of innocent civilians. In April 1978 and in 2009 when Sikhs peacefully, please note peacefully protested against the Nirankaris and the Ram Rahims the casualty has always been of Sikhs, only Sikhs have been fired upon with bullets, only Sikhs have been killed.

Bhai Balwant Singh Rajoana had been in prison for 17 years, 3 years more than a life sentence for involvement in killed the Chief Minister of Punjab Butcher Beanta and was to be hanged on 31st March 2012. The Indian government had deployed PAP, BSF, CRPF and many more Indian security personnel, curfews were put on in many locations, the businesses of whole Punjab was closed just as the events that led to the attack on Sri Harimandir Sahib. The Sikhs of the world did not tolerate this injustice being done on a true Sikh saint-soldier and peaceful protests were held all over the world, the whole world was coloured orange as the to show the Sikh nation had united just as Bhai Balwant Singh Rajoana wanted. Peaceful Protests were held all over India on 28thMarch 2012. Bhai Sahib joined the Sikh gathering at Ramgharia Gurudwara on Tibri Road in Gurdaspur on 28th March 2012. This day Shiv Sena had taken an orange turban off a Sikh youth, which Shiv Sena burnt on later on camera.

The Shiv Sena declared to close all Sikh businesses all over Gurdaspur and threatened Sikhs to not open their businesses and Shiv Sena was to burn the effigies of Sant Jarnail Singh Ji Bindranwale and Bhai Balwant Singh Rajoana. The news of this insult got to the Sikh, who were gathered at the Ramgharia Gurudwara on Tibri Road in Gurdaspur. Sikhs including Bhai Sahib marched towards the Shiv Sena but was stopped by the security forces of India, the Sikh youth started a peaceful protest to force the police to charge Shiv Sena for pulling off the turban of a Sikh youth and to stop Shiv Sena from burning the effigies. The police did not stop the Shiv Sena for provoking the Sikhs, instead the police and the Indian security forces fired bullets towards the Sikhs to stop the peaceful protest. As the unarmed Sikh took cover from the bullets of the Indian government and ran back towards the gurudwara, Bhai Sahib was hit in the waist with a bullet of Indian security forces, as Bhai Sahib tried to jump a wall into the Ramgharia Gurudwara on Tibri Road in Gurdaspur. Bhai Sahib attained shaheedi on the spot and his shaheedi saroop was taken to the Gurdaspur Civil hospital 50km away. On 29th March 2012, an 18 year old Sikh boy, Bhai Jaspal Singh of Sidhwan had attained shahadat. This news spread all over the world thanks to Sikh media and internet. The whole Sikh nation recited prayers of Benti Choupai for the family and friends of Bhai Jaspal Singh Sidhwan.

Another 22 year old Sikh youth was also shot in chest, Bhai Ranjit Singh Pandhar was rushed to the same hospital 50km away from the attack and he is known to be recovering at the Gurdaspur Civil hospital. 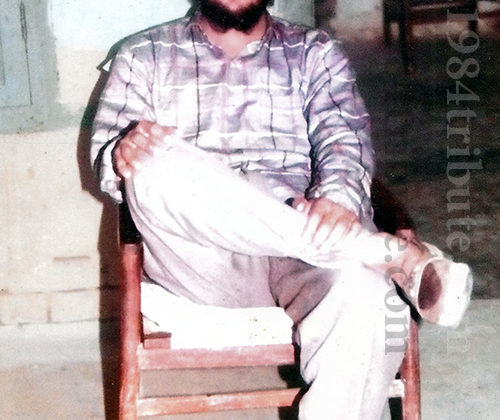 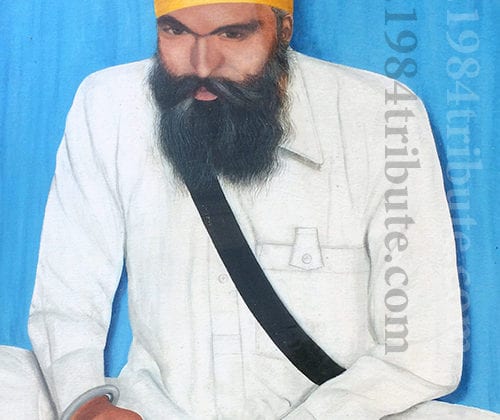