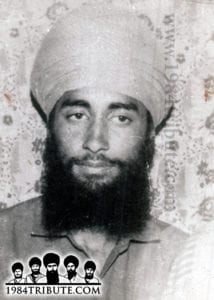 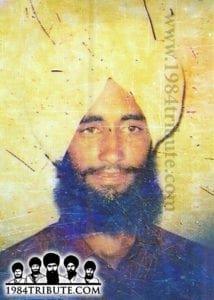 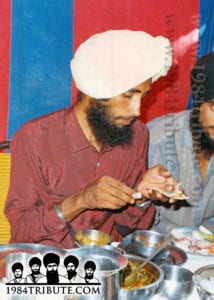 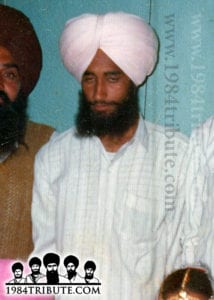 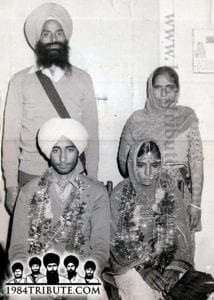 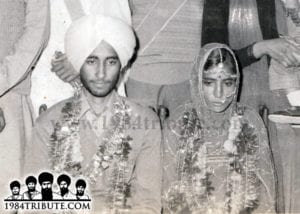 Bhai Pritpal Singh Kuka was born in the year of 1966, in the house of Sardar Daljit Singh and from the womb of Mata Ranjit Kaur in the village of Bishnandi, near Jeto. Bhai Sahib studied uptil 10th class and after started working at the family farms. In 1985 Bhai Sahib was married to Bibi Daljit Kaur from the village of Raayian Wala, in his family life Bhai Sahib saw the birth of his one son and one daughter.

Under the guidance of Sant Jarnail Singh Ji Bhindranwale, the Sikh Freedom Movement was reaching new heights daily, which made the enemies of Sikhs go into hiding. When the Sikhs became to much of a threat to the corrupt government of India, they stormed Sri Harimandir Sahib in June 1984 to eliminate the free voice of the Sikhs, but the biggest mistake the Indian government made was thinking that they could shut the Sikhs up by killing Sikhs and blowing Sri Akaal Takht Sahib with tanks. This denial of equal rights made the Sikhs around the world to join the struggle for a free Sikh homeland.

After the attack on Sri Darbar Sahib in June 1984, the Sikh youth all over the world tied their Kamarkasa and jumped in to the battlefield to make a Sikh free homeland, Khaslistan, as that was the only option now. In 1985 Bhai Sahib established an All India Sikh Student Federation in his village and started creating awareness amongst Sikh youths on the injustices towards he Sikhs by the government. Bhai Sahib knew that Sikhs would not last very long against the enemy and knew the best tactic was to be united. For this reason Bhai Sahib did not step into the armed struggle straight away, as he thought it was important to get Sikh youth on one platform first. Even with these peaceful activities Bhai Sahib was arrested and spent 6 months in Bathinda jail. When Bhai Sahib was released on bail, Bhai Sahib again started doing sewa through Sikh Student federation in a peaceful manner. Where ever Bhai Sahib preached the message of unity, Bhai Sahib also created the awareness of the injustices the Sikhs were facing. Bhai Sahib felt the Indian government forcing Bhai Sahib towards the armed struggle with their cruel harassment towards him, but Bhai Sahib remained in the public eye instead of going underground and continued to bring awareness to the masses.

In 1990, the Punjab police were trying threaten Bhai Sahib to be quiet, this is when Bhai Sahib realised that he could not carry on the peaceful path as the police would just kill him. Bhai Sahib now went underground and joined the Bhai Wassan Singh Zaffarwal’s Khalistan Commando Force to start the next phase of Bhai Sahib’s life in the 20th century Sikh Freedom Movement. Bhai Sahib carried out actions fearlessly and with bravery, soon Bhai Sahib was made the Leuintent General as Bhai Sahib had proved that he had the patience and the intelligence, it was singhs like Bhai Sahib that could stir the movement into the right and a positive direction.

Bhai Sahib had killed many enemies, but Bhai Sahib could not save himself from the enemy sitting within the Sikh Freedom Movement. It was 13th January 1991, Bhai Sahib and a fellow singh by the name of Bhai Jaswinder Singh were sitting by a river end near the village of Bhane. An informant had told the Punjab police about and had the singhs surrounded within minutes. An intense encounter started in which many police personnel were killed and the Indian security forces called in the CRPF and BSF via the wireless sets. After many hours of battling the best forces of India, the ammunition of the singhs had finished. Bhai Sahib and Bhai Jaswinder Singh attained shaheedi and their names were written in gold on the pages of the Sikh history. 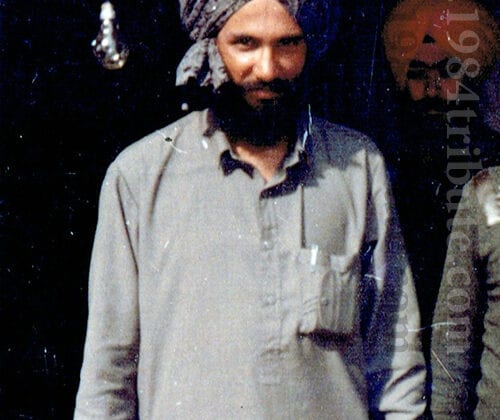