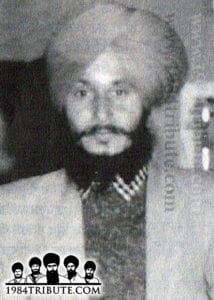 Bhai Guljar Singh was born on 1st February 1958, in the house of Sardar Mohinder Singh and from the womb of Mata Chand Kaur in the village of Dhandra, district Sangrur. Bhai Sahib was the youngest of his 3 sisters and 1 brother, but he became the wisest due to his sacrifice. Bhai Sahib is a great example of a polite and honorable person. Bhai Sahib studied up to 10th class at the local village school.

Bhai Sahib had been active in the Sikh struggle since the early months of 1985. On 15th December 1985 his Anand Karaj happened with Bibi Charanjit Kaur in the village of Lasoi. In his marriage, Bhai Sahib saw the birth of his daughter, Bibi Inderpal Kaur and son, Bhai Amritpal Singh. In the beginning of his life within the movement, Bhai Sahib’s honesty was tested when he was made a treasurer. Once the Punjab police raided Bhai Sahib’s family house, they took funds Bhai Sahib was holding for Jhujaru Singhs. Bhai Sahib then had to sell the jewelry belonging to his wife and the house furniture to gather 28,000Rs to pay the Punjab police to have the funds of Jhujaru Singhs released.

On 25th December 1987, Punjab police arrested Bhai Sahib in relation to an ongoing case in which many Sikh men were arrested and blindly tortured at the Dhuri police station. During the interrogation, Bhai Gurcharan Singh Rajumajra and Bhai Ekam Singh Hathan were made martyrs and the remaining 13 Singhs were slammed with NSA act of India and sent to Patiala jail. After coming out of jail, Bhai Sahib remained active in helping others. If there was any injustice, Bhai Sahib would stand shoulder to shoulder with the victims. Bhai Sahib also helped many girls settle in their in-law’s house after dowry issues.

Later Bhai Sahib was made the president of All India Sikh Student Federation for the Dhuri branch. Bhai Sahib was at the forefront of every protest, traffic jams and challenged any injustices committed by the Indian government. Bhai Sahib was becoming an issue for the Punjab police as he was gaining support from the public. The Punjab police started arresting and frequently torturing Bhai Sahib. Fed up of the ill treatment at the hands of Punjab police, Bhai Sahib left home and joined his Jhujaru bothers in the armed struggle for Khalistan. Bhai Sahib had accepted the reality of being on this path, he knew he would face martyrdom but that would be like a blessing for him.

Bhai Sahib strictly followed the procedure and rules of the Sikh struggle and punished many anti-Sikh elements. Bhai Sahib punished many government officials that were driving the farmers of Punjab towards suicide. No gangsters or looters could be active in Bhai Sahib’s area. 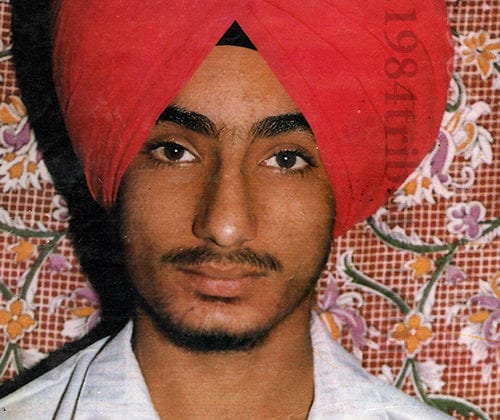 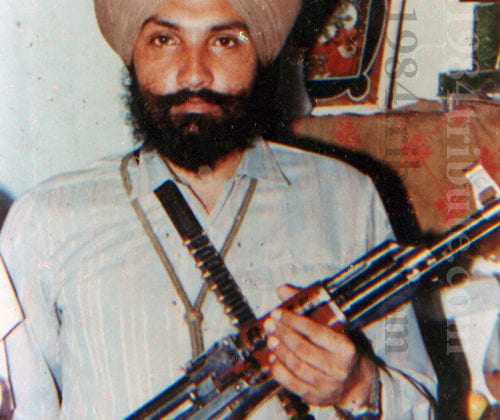