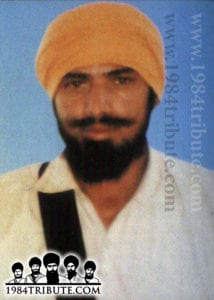 The village of Dansingh Wala is between the districts of Faridkot and Bathinda. This village is named after one of the greatest generals of Guru Gobind Singh Ji, Bhai Dan Singh. With the orders of Guru Gobind Singh Ji, Bhai Dan Singh held amrit sanchar in the Malwa area and laid the foundation of Sikhi. The plant of Sikhi put into the grounds of Malwa was kept green the shahadat of Shaheed Bhai Malkeet Singh Dansingh Wala Babbar. Bhai Sahib was amongst the tenths of thousands of shaheedi of Sikh Freedom Movement and also Bhai Sahib was the 8th generation of Bhai Dan Singh’s family.

Bhai Malkeet Singh Dansingh Wala Babbar was born in the house of Sardar Mehar Singh and from the womb of Mata Gurdial Kaur in the village of Dansingh Wala, district Bathinda. Bhai Sahib was the youngest of four brothers. Bhai Sahib was married to Bibi Binder Kaur and had two daughters and a son. Bhai Sahib was a great warrior of Babbar Khalsa, who carried out brave missions for the Sikh panth, but all in secrecy. Bhai Sahib would always sing the words of Bhai Veer Singh’s poem,

“People who made their minds up once and for all, they don’t sit down and rest.”

The pain of Sri Harimandir Sahib being destroyed by the Indian government was kept deep inside Bhai Sahib’s heart, Bhai Sahib never spoke to no one of this pain. Bhai Sahib would listen to cassettes of Sant Jarnail Singh Ji Bhindranwale and went to his farms to work and think of what Sant Ji had said in his speeches. Bhai Sahib always thought of doing something for the Sikh panth.

The long term thinking of Bhai Balwinder Singh Ganga Babbar commanded Bhai Sahib and his fellow singhs such as, Bhai Bachittar Singh Dodrha Babbar and Bhai Surjan Singh Sukhana Babbar to go to Rajasthan and do sewa there. Bhai Sahib was so good at being secretive that the villagers didn’t know what Bhai Sahib was up to, but the family of Bhai Sahib also didn’t know of Bhai Sahib’s involvement in the Sikh Freedom Movement and that Bhai Sahib was a soldier of the Babbar Khalsa. Before punishing an enemy of the panth, Bhai Sahib would think thousand times. Bhai Sahib first would tell to the panthic enemy, “If you change your ways then we will let you live, if not, then it’s easy to find you again and then we will punish you. It’s your choice.” If the enemies had changed their ways then the singhs will not bother them and if they carried on with activities that damaged the Sikh faith then the singhs would find the enemy and punish them. Bhai Sahib’s singhni told us, “The last time he (Bhai Sahib) came home, he told me that he had bought a farm in Rajasthan and he has to stay there for a few days. He told me not to worry, I didn’t know that he was living with the singhs of Babbar Khalsa.”

Sometime after the shaheedi of Bhai Sahib, the villagers had put up a Nishan Sahib at the local gurudwara as an honour to Bhai Sahib. The family have not been able to do Sri Akhand Paath Sahib for the last Ardas of Bhai Sahib due to personal and financial reasons but Bhai Sahib’s children say when they grow up and stand on their own two feet, they will do a Sri Akhand Paath Sahib for their great father. The singhs of Babbar Khalsa had assigned important missions to Bhai Sahib and his group in Rajasthan. Bhai Sahib along with Bhai Bachittar Singh Dodrha Babbar and Bhai Surjan Singh Sukhana Babbar, the singhs started staying in Ganga Nagar. Soon as the singhs reached Ganga Nagar, Bhai Sahib called Dr Amarjit Singh Babbar from Sukhana to come to Rajasthan and to assist them in their missions.

After conducting search on all three suspects, total of 269 rupees. These three suspects have been linked to the weapons shipment sent on 7th November 1991 by Wadhawa Singh of Babbar Khalsa from Pakistan.

The FIR was written in Hindi and had total of 12 pages long. On the 11th page of the FIR, the officer writing is asked if there were any deaths. The officer confirmed that no one had died in this arrest. On 14th November 1991, the police of Rajasthan and the BSF held a press conference. In this conference all three singhs were shown to the press along with a great amount of weapons. In the press conference the BSF did not say that the singhs were arrested on the 10th November 1991, instead the BSF said the arrest was made on 7th November 1991, when the shipment of weapons was intercepted by the police. The police also said that one militant was killed but on the 11th page of the FIR it is confirmed that no one was killed when the singhs were arrested. The singhs were sent to Ganga Nagar jail for bunch of fake cases registered against them. The 4th singh, who was killed on the 7th November 1991, was cremated by the police as an orphan. The Punjab police now started showing their bravery, now that the lions of Babbar Khalsa were behind bars.

The Rajasthan police informed the Punjab police of the capture of 3 singhs from Punjab and belong to the Babbar Khalsa group. All the related Punjab police teams came to Rajasthan with warrants to bring the three singhs back to Punjab. Bhai Bachittar Singh Dodrha was taken from the Ganga Nagar jail on the 19th December 1991 by the CIA of Mansa and after a long spell of brutal torture, Bhai Bachittar Singh Dodrha attained shaheedi. Bhai Surjan Singh Sukhna was taken to Punjab by the Kot Bhai police. Bhai Sahib was taken by the Bathinda police but as Bhai Balwinder Singh Ganga Babbar and his group threatened the police, the Bathinda police sent Bhai Sahib back to Rajasthan. When other police tea found out about Bhai Sahib being sent back to Rajasthan, they started bod mouthing their own team of Bathinda police, calling them scared and traitors. These teams were having arguments amongst themselves. Now the Kot Bhai police bought Bhai Sahib back to Punjab from Rajasthan. The family of Bhai Sahib was not informed of the act of the police and each second in the police custody, Bhai Sahib faced blind torture. Bhai Sahib now knew that these butchers will not let him go alive, so Bhai Sahib tried to escape but did not manage to succeed, the police now upped their brutal torture even more. The police broke one of Bhai Sahib’s knees with a metal rod, so Bhai Sahib could not run and the police torture Bhai Sahib until he fell unconscious.

Bhai Surjan Singh Sukhna was already in the police custody at the same location as Bhai Sahib and faced the similar torture by the police. Both singhs were killed in a fake encounter on the New Year’s Eve, Tuesday the 31st December 1991 by the police of Kot Bhai and after the police celebrated the New Year’s Day. The shaheedi of the singhs was kept quiet and few days later the police took the bodies of the singhs to a bridge near the village of Bhalayana, where the police emptied the guns into the chests of the dead lions and turned the whole shaheedi into an encounter. In the post mortem, the doctor stated in favour of the police, Bhai Sahib was shot 17 times, inspector 1181 and 1845 bought the body in for post mortem at 11am. The doctor carried out the post mortem at 12.15 on the 7th January 1992.

The family have filled a case against the Punjab police for the unlawful killing of Shaheed Bhai Malkeet Singh Dansingh Wala Babbar. The shahadat of these three singhs is a black mark on the Indian security forces and its law. How long will the Sikhs be mistreated and not given justice? The Sikh nation gives its up most respect to these fallen soldiers. 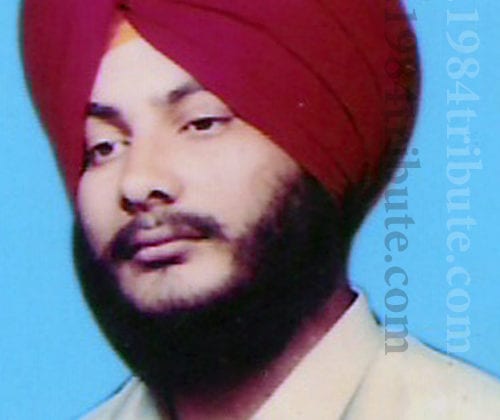 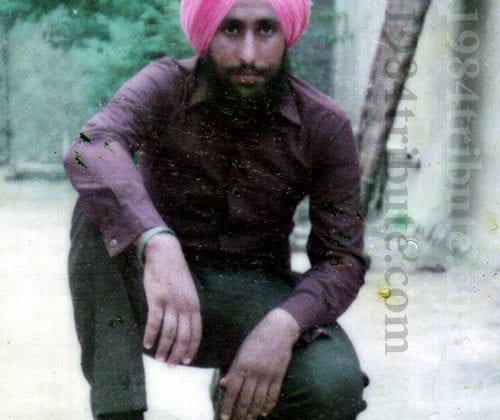 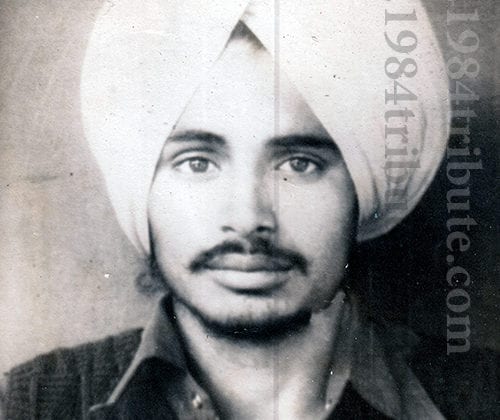