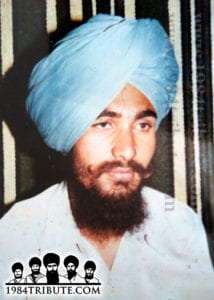 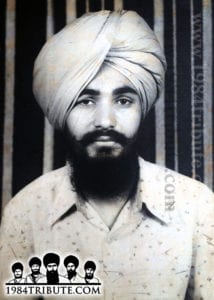 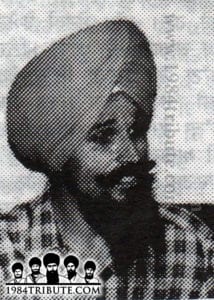 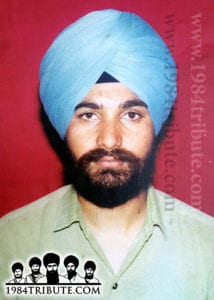 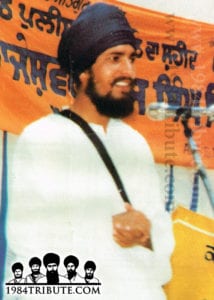 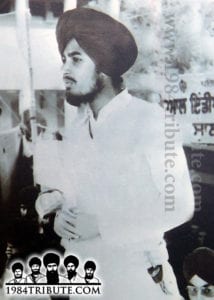 Bhai Satpal Singh Dhillon was born from the womb of Mata Kartar Kaur and in the house of Sardar Karam Singh on 3rd April 1961 in the village of Dalewal, district Nawashaher. Bhai Sahib was the youngest of 2 brothers, Bhai Nirmal Singh, Bhai Ravinder Singh and 3 sisters Bibi Mahinder Kaur, Bibi Jageer Kaur and Bibi Joginder Kaur. As Bhai Sahib was the youngest child, he was loved by all family members. In March 1967 Bhai Sahib was only six years old, he took admission onto the local primary school of Dalewal. Then in 1973, Bhai Sahib enrolled in the secondary school in village of Atta and passed his exams of 10th class. Bhai Sahib was a great sportsman in the long jump sport. In 1979, Bhai Sahib took admission in to the Ramgharia Arts College from which Bhai Sahib passed his BA exams in 1982 and then took admission in to Randhir College of Kapurthala to do his MA.

In June 1984, the Indian army attacked Sri Harimandir Sahib and 38 surrounding historical gurudwaras. Many innocent Sikh pilgrims were killed by the brutal Indian army. Many Sikh youth were left devastated and wanting justice. On 14th August 1984 Bhai Sahib, Bhai Loveshinder Singh Dalewal, Bhai Harmander Singh Dhillon Lala, Bhai Kulwinder Singh Poli, Bhai Jagjit Singh Gill and Bhai Jasvir Singh burnt 17 government schools around the Jalandhar area. The following day the freedom fighting group, Dasmesh Regiment took the responsibility of this action. The inspector of Jalandhar’s CIA by the name of Sucha Singh was informed of Bhai Sahib’s involvement and assigned two black cats to gather information and keep an eye on Bhai Sahib. Sucha Singh was given the information that Bhai Sahib played volleyball every evening in his village with local friends. After getting full information, on 25th February 1985 the police came to the village of Dalewal, Bhai Sahib and Bhai Loveshinder Singh Dalewal saw the police jeeps and before the police could get to Bhai Sahib’s house, Bhai Sahib and Bhai Loveshinder Singh Dalewal escaped. The police were not happy to find out that Bhai Sahib had escaped and arrested his mother and sister. The following day Bhai Jagjit Singh Gill came to the village and found out that the Congressi dog, Master Sukhdev and his brother had made a list on the members of Sikh Student Federation and had been informing the police about the singhs. On the morning of 28th February 1985, Bhai Loveshinder Singh Dalewal, Bhai Jagjit Singh Gill and Bhai Harminder Singh Dhillon Lala went to Master Sukhdev’s house and after killing the informant, all singhs escaped. The district police of Jalandhar had now been fully shaken. The soon after the police of Gorayian, Phillaur, Nawashaher, Nakodar and Bunga had sealed of the village of Dalewal and arrested five youth that played volleyball with Bhai Sahib from which, Bhai Balwinder Singh Kaka was the main man.

Bhai Sahib, Bhai Loveshinder Singh Dalewal and Bhai Harminder Singh Dhillon Lala left their areas and started living together in a rented room in the Jammu Colony of Ludhiana. Here the singhs also started to establish Sikh Student Federation. Bhai Sahib was slowly making a strong unit of Sikh Student Federation in the Guru Nanak Engineering College of Ludhiana. Many singhs from this unit had attained shaheedi in the Sikh Freedom Movement, singhs such as Bhai Gurjit Singh Kaka, Bhai Gurmeet Singh Meeta, Bhai Nirmal Singh Nurha and Bhai Amar Singh Maan were amongst many shaheeds from this unit of Ludhiana.

On 10th September 1987, the police arrested Bhai Sahib and fellow singh, Bhai Surinder Singh Kishanpura in Chandigarh, as they were on their way to give a press note to the newspapers. At that time Bhai Sahib was handling all the general secretary duties of Sikh Student Federation. A month before Bhai Sahib had asked Professor Darshan Singh 10 questions, as the professor tried to disgrace Bhai Gurjit Singh Harihar Jhok. After the inhumane torture of the police, Bhai Sahib was put in Chandigarh’s Burail jail under the terrorist act and National Security Act. Bhai Sahib’s bail for previous cases had been cancelled and Bhai Sahib was now sent to Nabha jail. The singhs were trailed in the courts specially built inside the prison. Bhai Sahib was in Burail jail till 8th January 1990. Soon as Bhai Sahib came out of jail, he upped his links with the freedom fighters of Khalistan Liberation Force. Bhai Sahib joined Bhai Gurdeep Singh Deepa Heranwala’s group and did many actions within the Sikh Freedom Movement. Bhai Sahib also played a big part of bringing the five freedom fighting groups onto one platform.

On 14th September 1990 Bhai Sahib and a friend, Advocate Balbir Singh Cheema were on their way to Jalandhar, when the CID spotted them ad started following Bhai Sahib. Later the CID got the black cats to follow Bhai Sahib. The black cats were Sukhwinder Singh and group. As Bhai Sahib reached Nakodar Chownk, the black cat Sukhwinder Singh shot Bhai Sahib from behind and made him a martyr of the Sikh struggle. The police was also on Nakodar Chownk and arrested Advocate Balbir Singh Cheema. The police took Bhai Sahib’s body for post-mortem and later the Akali government pressurized the police to hand the body to the family of Bhai Sahib. The following day, on 15th September 1985, the locals cremated Bhai Sahib’s body, the cremation was attended by thousands of Sikhs. The locals of Dalewal were upset and cried the tears of pain and separation. Before Bhai Sahib’s shaheedi, he had told the singhs of his group to fully secure the areas they are going to live in and also the people the singhs are defending must be protected at all costs, as this is the duty of every Gursikh. This duty was fulfilled by Shaheed Bhai Satpal Singh Dhillon. 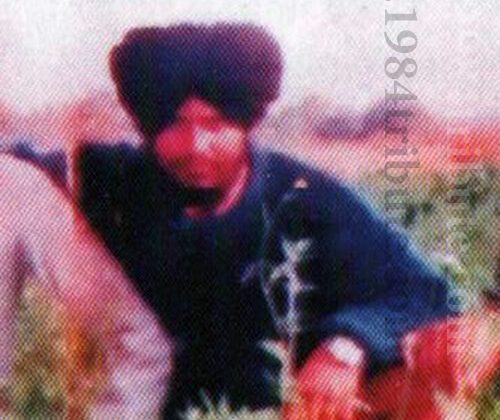