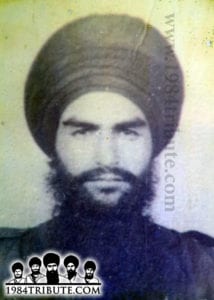 Sant Jarnail Singh JI Bhindranwale did speeches to make the Sikhs of India realise how much of deep hole of slavery they are in. Even today there are many examples of slavery upon the head of the Sikhs in India, from the killing of Bhai Jaspal Singh by the Punjab police at a peacefull protest to the imprisonment of innocent Sikhs in Indian jails. A young singh from the village of Lathuwal realised this slavery and joined the Jatha of Dam Dami Taksal in roughly 1980, under the Jathedari of Sant Jarnail Singh Ji Bhindranwale. This young singh was amongst the martyrs of Sri Harimandir Sahib in June 1984, this singh in particular attained martyrdom on 5th June 1984.

The name of this young singh was Bhai Sukhwinder Singh, in 1960 he was born in the house of Sardar Avtar Singh and from the womb of Mata Mahinder Kaur. Bhai Sahib studied up till 5th class at the local school of Lathuwal and from 6th to 10th class Bhai Sahib studied at a school in the Jalalabad area. After this Bhai Sahib did a course in Road Building in Ferozpur and after that he did some work for a short while too. But Akaalpurakh had given Bhai Sahib the gift of martyrdom, due to this reason Akaalpurakh removed his attachment to materialistic things of this world, so he could progress in receiving this gift like a warrior.

Bhai Sahib took Amrit from the Panj Pyare at Dam Dami Taksal and became a Khalsa, soon after Bhai Sahib left his job and joined the Jatha of Sant Jarnail Singh Ji Bhindranwale. The family of Bhai Sahib tried their best to talk him into returning home, but Bhai Sahib would reply by saying, “The parents get upset when the child does not listen to them. Today our panth is going through a rough time and if I don’t do sewa of the panth then I will go against my father, Dhan Guru Gobind Singh Ji Maharaj. Is that what you want me to do? Our father never thought twice about sacrificing his 4 sons for the panth, in fact he sent them into battle himself. If I choose not to do something now then with what face will I go in front of Guru Maharaj? I can’t fraud my father, if you want to fraud him then so be it.” Once Bhai Sahib took a photo of himself in the Khalsa Bana and gave to his family at home. When the family asked the reason, Bhai Sahib answered, “When the future generations will look at this photo they will be encouraged to do sewa for the panth.”

The time had come, June 1984 the Indian tanks and cannons controlled by the Indian army faced Sri Akaal Takht Sahib and were used to destroy the throne of the Sikhs. Hundreds of Sikhs faught to defend Sri Darbar Sahib and the free voice of the Sikhs at the time of this attack. Bhai Sahib caused much damage from his position and kept them at bay. When the Indian army could not get near the Singhs, they used their tanks and cannons to kill anything moving, even if they were innocent Sikhs pilgrims. It was on the 5th June 1984, Bhai Sahib attained shaheedi fighting alongside his Jhujaru brothers and as he defended Sri Akaal Takht Sahib.

It is singhs like Shaheed Bhai Sukhwinder Singh Lathuwal who helped lay the path for the establishment of Khalistan and it is our duty to carry forward this mission. May waheguru bless such shaheeds who bravely faught the oppressing government and bless us in achieving the Sikh homeland. 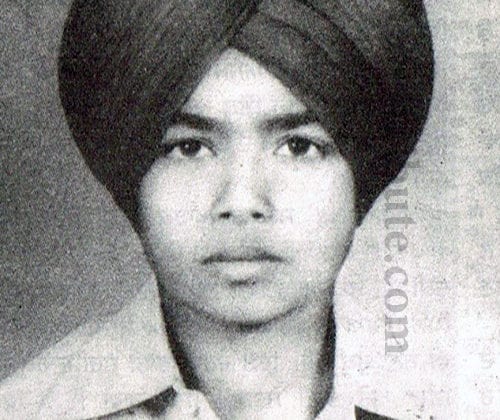 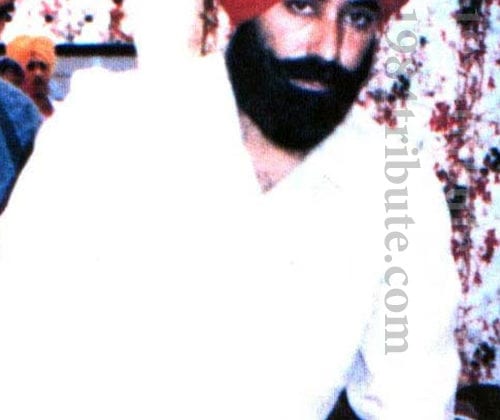 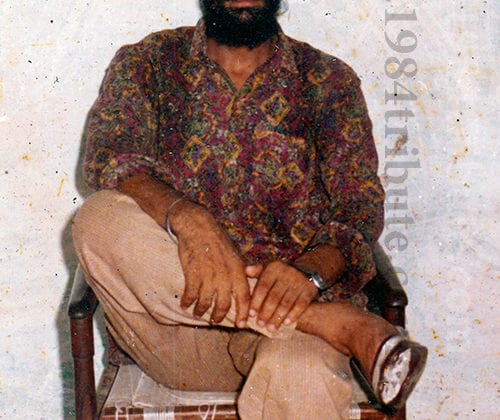