In 1977, Sant Kartar Singh Ji Bhindranwale passed away and leadership of Dam Dami Taksal was given to Giani Jarnail Singh Ji Khalsa. As a Gursikh Bhai Sahib continued to work on his farms and earn a living. In 1979, Bhai Sahib was married to Gursikh, Bibi Baljit Kaur from the village of Chak Rauke Utakh, this Anand Karaj between the Gursikhs was arranged by Bhai Rasal Singh Arifke.  Bhai Sahib had two children in this marriage, Bibi Prabhjit Kaur and Bhai Parminder Singh. After taking Amrit Bhai Sahib became one of Sant Jarnail Singh Ji Bhindranwale’s close Singhs. Bhai Sahib would go with Sant Ji all over India to do Gurmat parchar. On 4th January 1978 Bhai Sahib went with Sant Ji from Boparai (Ludhiana) to Sri Patna Sahib to do parchar, then Bhai Sahib went again on 4th January 1979 to Patna Sahib with the Jatha. Bhai Sahib had given all his remaining life to preach Sikhi with Sant Ji, even when the Dharam Yudh Morcha started, Bhai Sahib fully got involved and on many occasions gave his arrest.

In the Dharam Yudh Morcha of 29th August 1982, in front of Amritsar Kotwali, Bhai Sahib, Bhai Rasal Singh Arifke, Bhai Jagir Singh, Bhai Balkar Singh, Baba Inder Singh, Bhai Bahal Singh Bhavrha, Bhai Kalga Singh Dharamkot, Bhai Jaswant Singh Bhure Kohna were all part of the 218 Singhs who gave their arrest as Shaheedi Jatha. Bhai Sahib was jailed at Model Jail of Ludhiana and was released on 15th October 1982. During this time Bhai Sahib along with fellow Singhs did a hunger strike for their basic rights to be given to them, which was a success. Like this in 1983, Shiv Sena of Ferozpur declared that they would burn an effigy of Sant Jarnail Singh Ji Bhindranwale in the town centre, to counter this Bhai Sahib, Rasal Singh Arifke, Bhai Durga Singh Arifke and Bhai Ajit Singh Lohai scared off the Shiv Sena and no effigy was burnt. Bhai Sahib remained active in such actions and continued to defend the Sikh Panth.

Even in Arifke, Bhai Sahib did Gurmat parchar and encouraged many people to take Amrit and become Gursikhs. Bhai Sahib had been married almost 5 years but had not yet had a child. Bhai Sahib went to Sant Ji with his Singhni and said, “Sant Ji, my Singhni and i have no child. Please can you bless us by doing Ardas to Dhan Guru Ram Das Ji to give us the happiness of a child.” Sant Ji did the Ardas in front of Sri Darbar Sahib and told Bhai Sahib to do sewa at the shoe house and told Bhai Sahib’s wife to do Jaaps of “Thir Ghar Baiso, Har Jan Pyare” and to do ishnan at Tarn Taran Sahib on Masia. A year later Bhai Sahib saw the birth of his daughter Bibi Prabhjit Kaur.

Just before the attack on Sri Harimandir Sahib in June 1984, Bhai Sahib went to see Sant Ji towards the end of May. Bhai Sahib was told to return to his village by Sant Ji and told that if the Government of India attacks Sri Harimandir Sahib to stop the Dharam Yudh Morcha then the Singhs must take up weapons and fight for Khalistan and also help the Jhujaru Singhs who are fighting in the struggle. That day the bus service was off and Bhai Sahib walked back home to Arifke. On 3rd June 1984, Sri Harmandir Sahib was attacked by the Indian Army and Sri Akaal Takht Sahib was demolished. After the attack Bhai Sahib’s heart was filled with hatred towards the Indian Government, now the armed struggle had started. Bhai Sahib helped many Jhujaru Singhs who had left their homes to be part of a free Sikh homeland. Bhai Sahib would serve Langar to Jhujaru Singhs at his house. Bhai Sahib was close to Bhai Kuldeep Singh Muchal, due to both studying at Dam Dami Taksal, but now Bhai Muchal had joined a Jhujaru group of Khalistan Liberation Force. Bhai Sahib also helped many Jhujaru Singhs by having them bailed from jails. Due to this Bhai Sahib was arrested many times by the Punjab Police and mercilessly tortured.

On 26th October 1987 Bibi Baljit Kaur gave birth to Bhai Sahib’s son Bhai Parminder Singh, everyone was happy in Bhai Sahib’s house seeing the birth of his son. Then on 30th October 1987, Bhai Sahib left home and told his family he was going to Baba Budha Sahib to do Ardas to thank Maharaj for giving him a son, on the way Bhai Sahib met Bhai Kuldeep Singh Muchal at an electrical water tubal in the village of Vharian, district Tarn Taran. The location of Bhai Sahib, Bhai Kuldeep Singh Muchal, Bhai Bittu Singh Manan and 2 more was given to the police by the Sarpanch of Vharian. The police rushed down along with CRP officers to arrest the unarmed singhs. The Indian security forces arrested all the singhs including Bhai Sahib.

The CRP took the 4 singhs to Tarn Taran Police Station and tortured them brutally to get information on other singhs, such as Bhai Avtar Singh Bramha and Jathedar Durga Singh Arifke. The brutal and blind torture of the CRP did not get singhs to give information. As all methods of torture had failed the police took Bhai Sahib, Bhai Kuldeep Singh Muchal and Bhai Bittu Singh Manan to the fields of a nearby village and killed all three singhs in a fake encounter on 27th October 1987. Following day the newspaper printed false headlines of the bravery of the police. 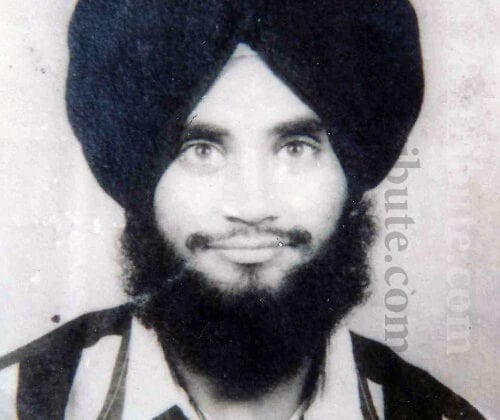 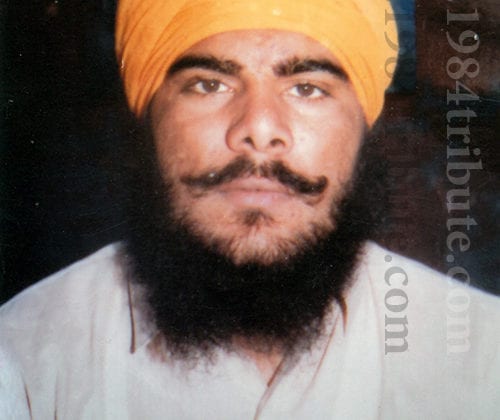