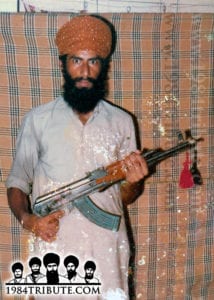 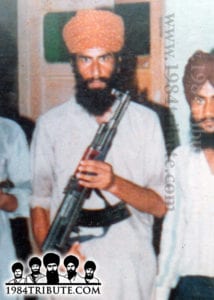 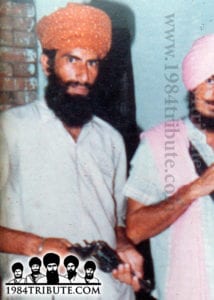 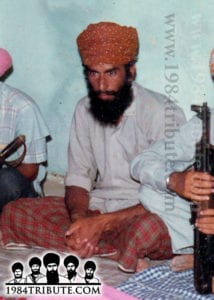 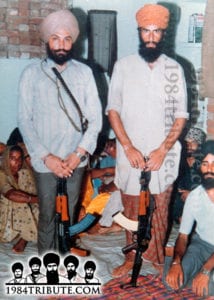 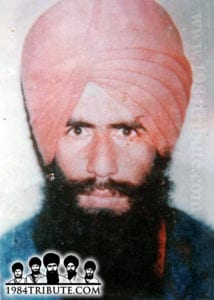 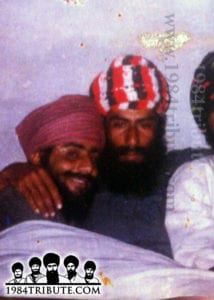 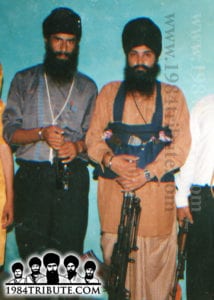 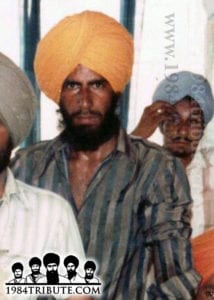 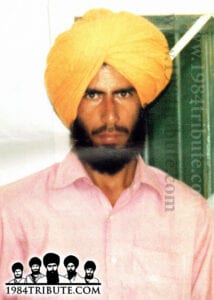 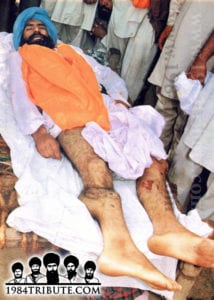 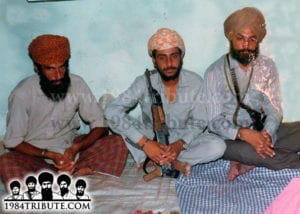 The attack in June 1984 on Sri Darbar Sahib by the Indian Army strengthened the stigma that Sikhs treated like slaves in India. Many young brave warriors have shed their blood to wash of this stigma. They have followed the Sikhi principles of ‘Purja Purja Khut Mare’ and attained Shaheedi. It’s unfortunate that many haven’t made an effort to write the story of these Shaheeds.

Bhai Rashpal Singh Chhandra’s name is also in the list of famous Shaheeds, he played a major role in the Sikh struggle and sacrificed his youth for this cause.

Bhai Rashpal Singh Chhandra was born in Sardar Ranjit Singh’s house from the womb of Mata Gurmej Kaur on the 12th of March 1965. Bhai Sahib completed his 4 primary classes at the school in his village, he then completed his 12th standard at Chilauli and after that started to do farming.

After the events of June 1984 like many other self-respecting brave Sikh men, Bhai Sahib was hurt and joined a group. Bhai Sahib’s Gupt Sewa started to come up to the surface, then in 1986 Bhai Sahib left his home and never went back. But it was from that day the Punjab Police kept their eyes locked on Bhai Sahib’s house. The police started to harass Bhai Sahib’s family. One day everything in Bhai Sahib’s house was stolen so after that day Bhai Sahib’s mother and father went into hiding and spent each day undercover.

It was in these days (around 1989) that someone informed Bhai Sahib’s parents that in Taran Tarn near a village called Noordi, that Punjab Police have set a house of hay on fire in which 8 Khadku Singhs have been burned alive and one of them is Bhai Rashpal Singh Chhandra. Bhai Sahib’s elderly parents believed the news and hurried to Taran Tarn. Bhai Sahib’s parents were asking around when they bumped into some Singh’s who were close to Bhai Sahib and when Bhai Sahib parents mentioned the news that they had heard, singhs told them that Bhai Sahib was not in amongst them Singhs and that he is still alive. Just a day before hand Bhai Sahib had got married to Bibi Charanjit Kaur from the village of Rampura, Bhai Sahib’s elderly parents were delighted and gave the couple their blessing and then headed back towards their village.

Bhai Sahib and his Singhni then moved to Ludhiana where they continued their Sewa for the Sikh Struggle. Bhai Sahib would never leave empty handed (without a weapon). Inspector Sant Kumar told the villagers of Chhandra that within a week he would arrest Bhai Rashpal Singh Chhandra. When Bhai Sahib heard the news he went to a public phone booth and phoned up the inspector and said that I’ll meet u at a location, I’ll be waiting for you there, bring as much police force as you like and come and arrest me. For two days there was no sign of Sant Kumar or his police party but on the third day they came to the village Kahore with a big police force and arrested the poor telephone booth operator, Bhai Sahib managed to get through the police patrolled area’s and through checking without any problem and continued doing his Sewa.

In these days a strange occurrence occurred. Bhai Sahib was travelling via jeep with a fellow Singh, when Bhai Sahib met his father who was on his way to the village Katane. The Singh with Bhai Sahib was Baldev Singh who said to Bhai Sahib let’s take your father to see your son, it was just a few days before there was a latest additional to Bhai Sahib’s family, a Bhujangi Singh was born. Bhai Sahib’s father went and sat with them in the jeep. On the way back from Dhol Majri village Bhai Sahib spotted that the police had blocked off the toll ahead. Bhai Sahib gave Bhai Baldev Singh some stuff and wrapped it in a cloth and told him to get out of the jeep and hide in a nearby house. If the jeep was reversed then it would raise suspicion so Bhai Sahib drove towards the toll and now he was empty handed.

When the police found out that once again Bhai Rashpal Singh Chhandra has managed to escape from them, they were furious. The police tortured Bhai Sahib’s father so much and killed him and claimed Sardar Ranjit Singh’s body to be an orphan dead body also that it was the orphans who were responsible for the death.

Bhai Sahib continued walking on the path he had set out for. The land and jewellery that came into Bhai Sahib’s share, he put them towards the Sewa of the Panth. No matter what tactics the police used they were able to deter the brave warriors off their path. The police used all their force and power but even then it all flopped in front of Bhai Sahib. Then in 1992 one night someone informed the police and when Bhai Sahib and Bhai Jagdish Singh Deesha were coming back on a cycle at 8pm near Gill toll a police gypsy bangs into the cycle from behind. After falling the two warriors got up. When they realised that they were surrounded by police the both attempted to put a Sy-Nyde capsule in their mouths, Bhai Jagdish Singh Deesha was successful in doing so but the police had caught Bhai Sahibs hand and stopped the capsule from reaching to his mouth from his hand. Bhai Sahib was then arrested.

Then the game of torture started, many famous butchers of Ludhiana gathered at the CIE Staff, they were thinking that they would manage to get out deep secrets out of Bhai Sahib, but famous butchers who were drunk used all means of torture of Bhai Sahib but this son of Sri Guru Gobind Singh Ji never leaked any information and yelled war cries of Sat Sri Akal. Through some of the police officers the news leaked that became quite famous that Bhai Sahib challenged not 1 but 75 butchers of Ludhiana, ‘let’s see if even one of you have it in you to obtain information’.

The enemy might be happy with seeing the body of a Shaheed Singh, the Sikh Sangat are crying but the Shaheed Singh is happy and proud with the decision of, “Charuga Koi Rang Anokha, Jazba Eh Kurbani Da. Lal Hanere Banh Ke Chuloo, Dhuliya Khoon Jawani Da” 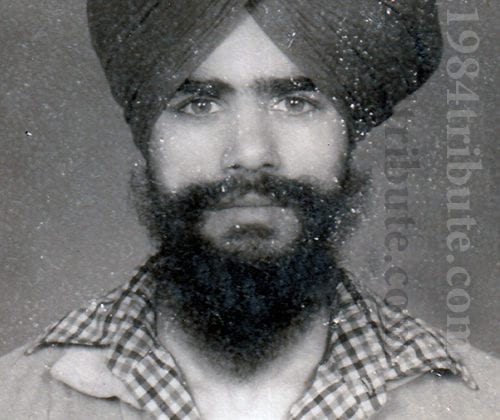 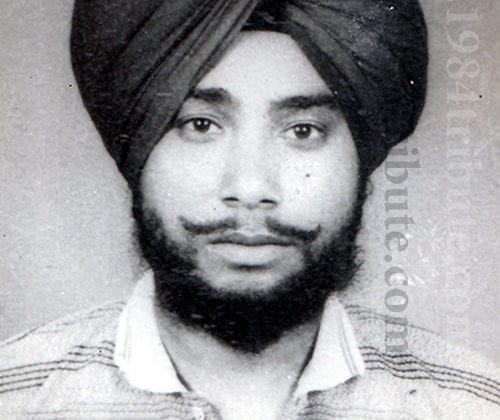