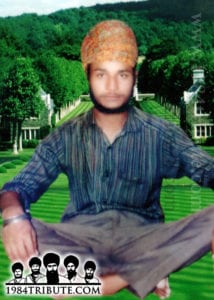 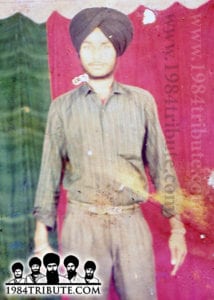 Bhai Kinderbir Singh was born in the winter of 1971, in the house of Sardar Buta Singh and from the womb of Mata Kashmir Kaur in the village of Madar, district Amritsar. Bhai Sahib had one older sister, Bibi Balvir Kaur and two younger brothers Bhai Savinder Singh and Bhai Harpal Singh. Sardar Buta Singh earned his honest living by working on his farms. Bhai Sahib’s both parents were Amritdhari and they encouraged all of their children towards Sikhi. Bhai Sahib passed uptil 5th class at a government school in Basarke and after Bhai Sahib helped his father on the farms. At the age of 18, Bhai Sahib worked at a spare car parts company in the city of Amritsar.

It was during Bhai Sahib’s time working in Amritsar City, that someone from Madar village reported Bhai Sahib to the Punjab Police for having links with the Jhujaru Singhs, due to this the police issued a warrant on Bhai Sahib’s name and on many occasions Bhai Sahib was arrested from his home. After this Bhai Sahib was regularly harassed by the Punjab Police. Bhai Sahib now decided to join the Jhujaru Singhs and teach the enemy alesson for committing injustices on the innocent and poor people. It was in 1990, Bhai Sahib came in contact with Bhai Pipal Singh Toofan of Khalistan Liberation Force. Bhai Sahib joined Khalistan Liberation Force and started doing actions and showing his bravery. Bhai Sahib had been part of the Sikh Freedom Movement for only three months, when Bhai Sahib and his group were involved in a big battle against the Indian security forces in the village of Bhai Ladhu. Bhai Pipal Singh Toofan and his group fought the enemy bravely and everyone managed to escape.

Then later Bhai Sahib was shot in the left knee, due to this serious injury Bhai Sahib was arrested by the Punjab Police. After being arrested, Bhai Sahib was charged with many cases and sent to jail. Bhai Sahib spent roughly one year in Amritsar Central Jail, after which he was released on bail. Soon as Bhai Sahib came out he started to once again live his life at home and did not go into the battlefield.

Information given by the family of Shaheed Bhai Kinderbir Singh Madar 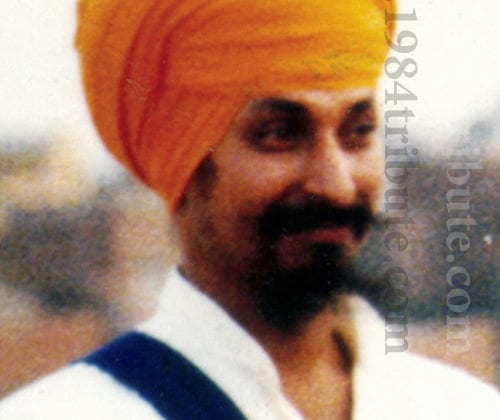