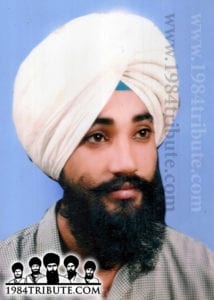 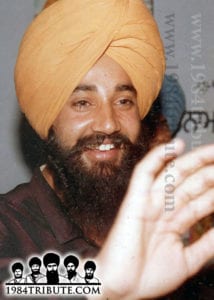 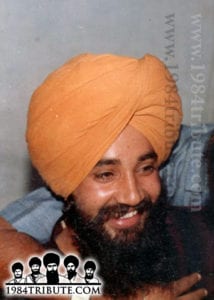 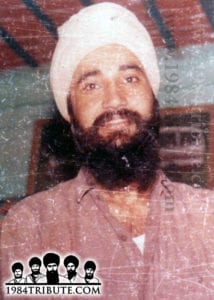 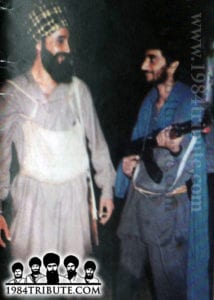 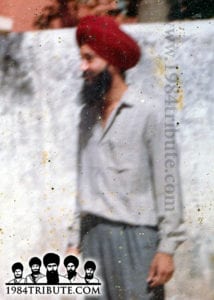 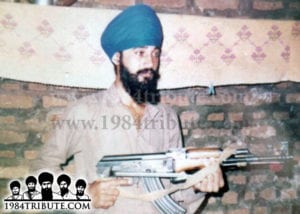 Many warriors have taken birth on the of Punjab, a land enriched from the pure blood of Sri Guru Gobind Singh Ji Maharaj’s family. Amongst these Sikh warriors is Bhai Prem Singh of Kaulgarh village.

Bhai Prem Singh was born in 1965, in the house of Sardar Ramdas Singh and from the womb of Mata Gian Kaur in the village of Kaulgarh, district Hoshiarpur. Bhai Sahib grew up playing on the land of Punjab. Bhai Sahib has 2 younger brothers Bhai Sukhdev Singh and Bhai Sucha Singh. Bhai Sahib studied up to 12th class in his local village school, and after he further studied in Ropar college where he passed his BA part 2. After studies Bhai Sahib started working in his farms. Bhai Sahib was very religious and followed the path which Sri Guru Gobind Singh Ji Maharaj had set for his Sikhs. It was during studying in Ropar Bhai Sahib met Jhujaru Singhs and started doing actions in secret.

Bhai Sahib and fellow Jhujaru Singhs, Bhai Hardeep Singh of Sahibazpur near Tanda and Bhai Manjit Singh were told to present themselves to Anandpur Sahib police in some important case which involved Bhai Jasvir Singh Lalli beating a police officer. After that day the family of Bhai Sahib were told by the Punjab police that he was one of the most wanted Jhujaru Singhs in Punjab. All three Singhs were arrested and tortured for 14 days, after which they were sent to Patiala jail. All three Singhs were bailed after 5 months in jail. While in jail, Bhai Sahib passed studies as a Giani.

After being bailed, the Punjab police did not allow Bhai Sahib to settle down with his family. Looking at the injustices against the Sikhs, Bhai Sahib’s faith in the Indian system was broken. When the SHO of Garshankar didn’t stop harassing Bhai Sahib and his family, he followed the words of Sri Guru Gobind Singh Ji Maharaj and picked up weapons. After this Bhai Sahib joined the Jhujaru Singhs of Bhindranwala Tigers Force of Khalistan under the command of Bhai Sukhwinder Singh Sangha. Along with his Jhujaru brothers Bhai Ranjit Singh Rana, Bhai Jasvir Singh Lalli and Bhai Bhupinder Singh Bhinda, Bhai Sahib punished any anti-Sikh elements and police officers that killed Sikhs. Bhai Sahib had become a massive head ache for the police forces of Hoshiarpur and Jalandhar. There was 50,000 Rupees reward on Bhai Sahib’s capture, dead or alive.

On 21st August 1989, Bhai Sahib and Bhai Ranjit Singh Rana waiting in a house near the village of Mahilpur, they were on a mission to assassinate an enemy of the Sikh nation. An informant gave the location of the Jhujaru Singhs to the police and within minutes both, Bhai Sahib and Bhai Ranjit Singh Rana were surrounded by the Indian security forces. A battle ensued between both sides which lasted 10 hours. Many police officers were killed and many more wounded. Both sides faced heavy fire. When the police failed to stop these sons of Sri Guru Gobind Singh Ji Maharaj, the police made a hole in the roof of the house from which the Singhs were fighting from and threw grenades in the room. This is how Bhai Prem Singh Kaulgarh and Bhai Ranjit Singh Rana of Bihala village attained martyrdom.

Information give by the family of Shaheed Bhai Prem Singh Kaulgarh 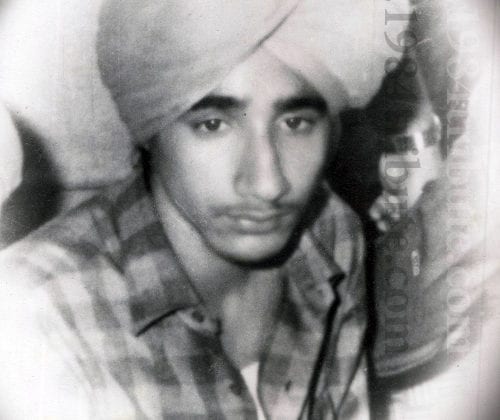 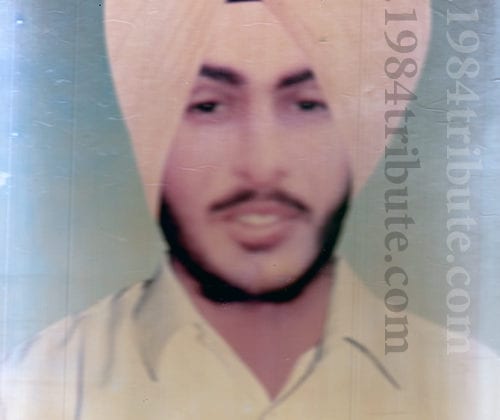