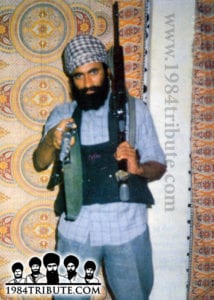 Bhai Mangal Singh ‘Bamb’ was born in the year 1964 in village Arjan Manga, PS Mehta Chowk, Tehsil Baba Bakala, and District Amritsar. Upon completing his primary education from the local village school and passing 10th grade at Rangarh Nangal High School, Bhai Mangal Singh began taking responsibility of his household duties. During these times the Sikh freedom movement was at its peak, Sikh youth from across the nation had taken arms to avenge the desecration of their holy shrines and free themselves from the shackles of slavery. Born and raised in a Gursikh family, the concept of self-sacrifice and martial tradition came naturally to Bhai Mangal Singh, consequently he became a recruit of the Khalistan Commando Force and participated in completing many successful actions alongside the Jathebandis Lt. General – Shaheed Bhai Sukhdev Singh Jhamke.

In 1988, Bhai Sukhdev Singh Jhamke faced an encounter with the Govt backed fake Nihang Ajit Poohla. Ajit Poohla was a vicious thug who had been given the official police rank of DSP, together with the backing of Police Chief JF Rebeiro and Punjab Governor SS Ray was given full permission to rape, loot and murder families of Jhujaroo Singhs. Despite being outnumbered in the encounter, the KCF Singhs did not back down and accepted the challenge head on, as a fire fight took place the Jhujaroo Singhs immediately eliminated 2 of Phoola’s men and very soon the police CAT along with his gang of cowards were seen escaping in their CRPF jeeps.

The very next morning Poohla attempted to save face and avoid the embarrassment of the nature of his escape by planning another attack on a group of Jhujaroo Singhs. On the advice of local Akali leader Jeevan Singh Umranangal a statement was published in Jagbani newspaper on their behalf which read “We have identified Sukhdev Singh Jhamke as the man who attacked Poohla and I. As a result of punishment, ‘Nihang’ Ajit Poohla will bring a 90 year old man to Sukhdev Singh’s village of Jhamke and marry him off to a girl from the village.” In November, 1988 Ajit Poohla reached village Jhamke along with ‘Sarkari Jathedar’ Umranangal, they brought with them a wedding party, group of musicians and a 90 year old man to carry out the humiliating act. The ‘wedding party’ marched through the village until they reached the home of Bhai Jhamke, Poohla instructed the ‘wedding party’ to stop and for the musicians to continue playing as the rest surrounded Bhai Jhamka’s home to began singing, dancing and shouting obscenities. This continued throughout the entire day and news had reached Jhujaroo Singhs in the nearby areas. Bhai Mangal Singh met with Bhai Sukhdev Singh Jhamke and together armed with rocket launchers attacked the police post which had been setup to provide security for Umranangal. Both Umranangal and Poohla narrowly escaped this attack but the name of Bhai Mangal Singh was now imprinted in the memory of the enemy.

Under the KLF Bhai Mangal Singh participated in a number of successful actions including the kidnap of Congress leader Satpal Mittal’s grandson in order to secure the release of Shaheed Bhai Ravinderbir Singh ‘Bhola’ who had been arrested by Maharashtra police in the course of their investigation following a sensational bank robbery in the heart of Mumbai (Bombay). Shaheed General Gurjant Singh Budhsinghwala planned and executed a number of kidnappings of top MP’s, Judges and senior Govt officials. This series of high profile kidnappings forced Rajiv Gandhi to personally intervene and coordinate the release of Bhai Ravinderbir Singh ‘Bhola’. During the time the politician’s grandson was held captive, Bhai Mangal Singh personally ensured that the hostage faced no harm and was well looked after. Upon the release of Bhai Ravinderbir Singh, the hostage was returned home safely and unharmed.

Until 1991 Bhai Mangal Singh operated in and around the Ludhiana District, where impressed by the nature of his daring actions he was given the nickname and began to be known as ‘Bamb’ by the other Singhs active in the area.

Following Bhai Mangal Singh’s Shaheedi, his body was not released to the family. Large numbers of sangat from surrounding villages and cities wishing to pay their final respects by attending Bhai Mangal Singh’s Bhog were stopped at the entrance of the village by the Police and unable to proceed. The Kirtani Jatha sent by Damdami Taksal was also refused entrance to perform Kirtan at the Bhog ceremony.

Information given by the family of Shaheed Bhai Mangal Singh Bamb 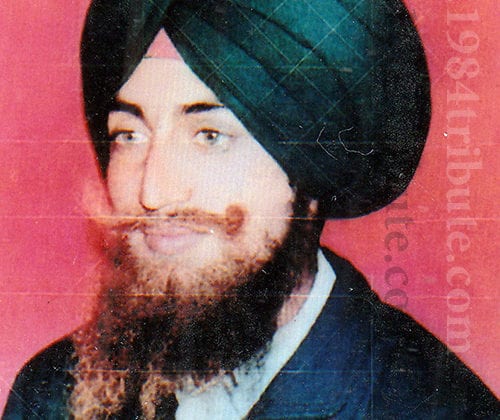 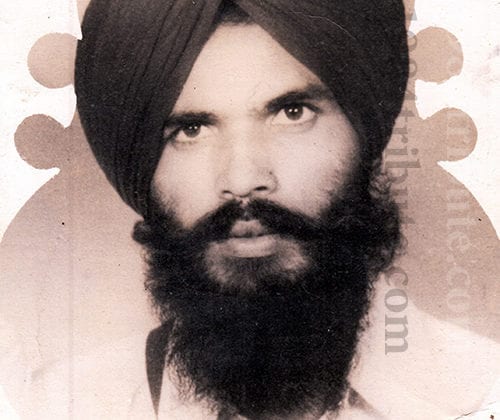