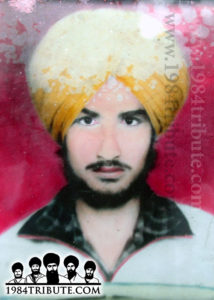 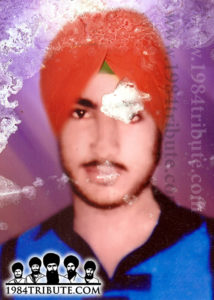 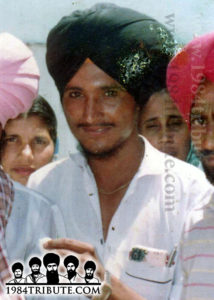 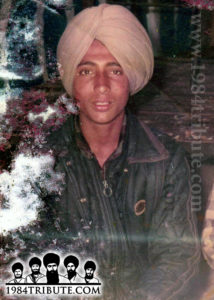 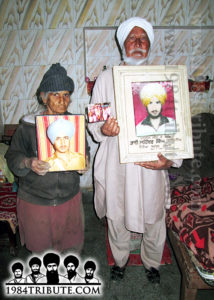 A local from Sharipur village was jealous of Bhai Lembhar Singh and gave the Punjab police the information they needed to arrest this brave Jhujaru Singh. As Bhai Sahib travelled on a scooter near Kartarpur, the jealous police tout pointed out Bhai Sahib and the police officers shot Bhai Sahib in the leg. Bhai Lembhar Singh fell off his scooter and was badly injured, after the Punjab police arrested him. The police tout who had Bhai Sahib arrested wasn’t given the cash prize, instead his son was given a job as a police officer.

Bhai Lembhar Singh was taken to the Kartarpur police station and brutally tortured for information on other Jhujaru Singhs and the weapons stash of Khalistan Commando Force. On 18th September 1987, Bhai Sahib attained martyrdom during torture and the Punjab police staged a false encounter in which they shot Bhai Sahib’s dead body and declared him dead. Later a message was sent to Mata Gurdeep Kaur to come to the police station to collect the clothes of Bhai Sahib as his body had already been cremated by the police.

NEWSPAPER REPORT: In the Kapurthala district, near the distillery of Hameera village (under the Subhanpur police station) a rebel was killed in a battle with Indian security forces. Many rumours have been circulating about this encounter. The Subhanpur police force has told the Ajit newspaper journalist that this encounter happened at 10:45am on 18th September and the killed rebel was identified as Lembhar Singh alias Balbir Singh of Hoshiarpur district and was wanted for many cases. According to the police, he was in the area openly walking around with rest of his group of rebels. The dead rebel’s cycle was also found by the police, and the Jalandhar police force were also looking for him for the past few days. The dead rebel was linked to Khalistan Commando Force. It was the undercover police officers travelling past the Hameera village that spotted Lembhar Singh standing on the side of the road with his cycle along with other rebels. The police said, as they pulled their car next to Lembhar Singh, the rebels opened fire and in the return fire they killed Lembhar Singh and other 2 rebels were successful in escaping. Locals are also saying that Lembhar Singh was lobbed into a police car and the car drove towards Kartarpur.

Note: Sardar Gurbachan Singh was in jail at time of both his son’s martyrdom. Bhai Daljit Sigh Bhikhi attained martyrdom on 15th September 1989 and the youngest brother, Bhai Fhuman Singh Guddi was also made a martyr by the Indian security forces on 28th September 1991. 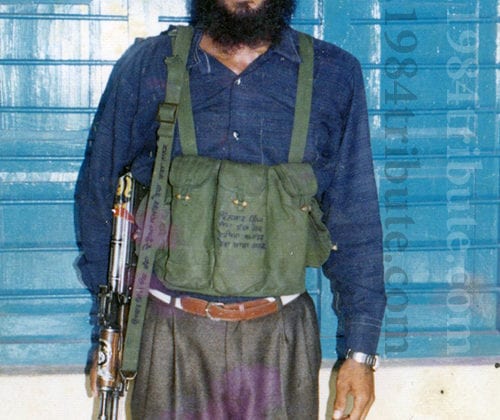