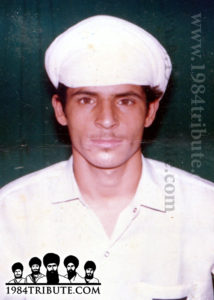 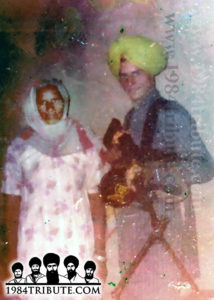 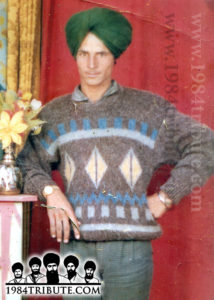 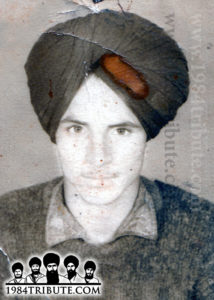 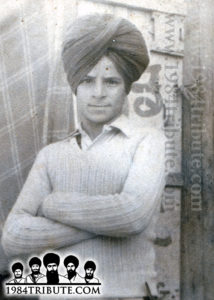 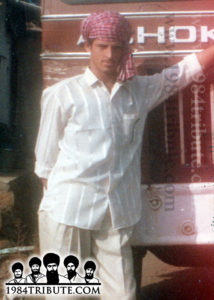 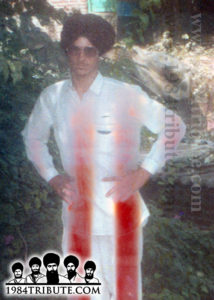 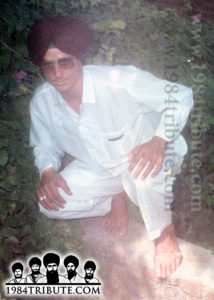 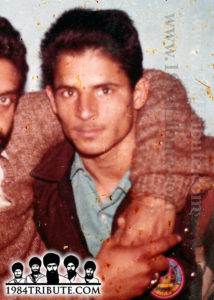 Bhai Jasbir Singh Jassa was born in the house of Sardar Amrik Singh and from the womb of Mata Raghbir Kaur in the village of Toot, near Khemkaran. Bhai Jassa was the third eldest of 4 brothers and 3 sisters. Bhai Jassa had studied up to 8 classes at the local village school. As well as studying Bhai Jassa loved playing Kabaddi and had won many trophies in tournaments. Body wise Bhai Jassa was well built and tall.

After some time, Bhai Jassa joined Bhai Rashpal Singh Pala under the command of Khalistan Commando Force. At a very young age, Bhai Jassa was doing big Jhujaru actions. Bhai Jassa was never afraid to start or end battles with the Indian security forces. Bhai Jassa along with the Jhujaru Singhs of his group always remained in high spirits. Bhai Jassa punished many high targets in his area that had many Sikhs killed. Bhai Jassa also attacked a well-known police cat by the name of Amriko, who was a woman and a close associate of Paapi Phoola. She was responsible for the martyrdom of many Jhujaru Singhs and the looting of Sikh properties. In the attempts to kill her, she narrowly escaped death but Bhai Jassa had killed her husband and bodyguard.

During the year of 1991, a Hindu Lala had 4 Jhujaru Singhs made martyr by giving their location to the police. This news was given to Bhai Jassa by Bhai Shamsher Singh Shera of Kaleke village, and from here Bhai Jassa took the mission to punish this Hindu Lala for his betrayal. Bhai Jassa tracked down the Lala in Bombay and killed him. Then one morning, Bhai Jassa had a fierce encounter with CRPF at the river edge of Satluj. This battle carried on for roughly 12 hours, and for each hour Bhai Jassa and fellow Jhujaru brothers had killed 12 soldiers of the CRPF. Bhai Jassa managed to escape but a fellow Jhujaru, Bhai Bittu of Dhand Khesal village attained martyrdom.

Then there was a festival in the village of Bandala. During the festival the locals did Ardas for the well being of Bhai Jassa and the Jhujaru Singhs of his group. Upon hearing this, the police challenged Bhai Jassa’s group by saying, “They should come to our face first, then we will see.” Accepting the challenge, Bhai Jassa’s group attacked the CRPF soldiers and blew up their armoured jeeps. Bhai Jassa had travelled to Pakistan many times and had bought weapons for his group.

Bhai Jassa was very brave and the example of this was that he actually went into CRPF headquarters and joked about with the soldiers there and come back out. Bhai Jassa did many actions in broad day light. Bhai Jassa was very good at aiming down targets and was able to load biggest of big weapons. Bhai Jassa had top of the range weapons for his group. One day, Bhai Jassa got into an encounter the Punjab police in Kalas village, near Ghariala. Bhai Jassa was with 11 of his Jhujaru brothers. The encounter continued the whole day. In this battle, Bhai Jassa’s 3 Jhujaru brothers attained martyrdom, Bhai Mukhtiar Singh Toot, Bhai Mukhtiar Singh (village Kalas) and another Jhujaru Singh. Rest of the Singhs including Bhai Jassa managed to escape. Even in the encounter, the Indian security forces suffered heavy casualties as well as damage. Other of Bhai Jassa’s encounters were in the Dhakana village, Khemkaran drain encounter, Muthian border encounter in which 9 of Bhai Jassa’s Jhujaru brothers attained martyrdom. It was due to this fear that was installed in the Indian security forces that they had put 10 Lakh Rupees reward on Bhai Jassa’s head.

According to reports from Amritsar staff reporter, KCF (Zaffarwal) deputy chief Jasbir Singh Jassa alias Chotta Bhola and area commander Balbir Singh Bira along with 5 rebels have been killed in an encounter in Marhi Udhoke village, 50km away from Tarn Taran. These rebels were wanted for near about 500 murder cases. Heavy explosive equipment, ammunition and weapons were recovered from the scene of the encounter. This encounter happened under the command of DSP, SHO Bhikhiwind and SHO Kalra, as their police forces were searching houses in the village. SSP Ajit Sandhu said the named rebels were staying at the house of Amrik Singh (son of Dalip Singh) and the police followed them into the fields when the encounter started. In the 3-hour long encounter 5 named rebels were killed. Police also said Jasbir Singh Jassa had 10 Lakh Rupees reward on his head and Balbir Singh Bira had 5 Lakh Rupees on his head. In the weapons recovery there were 3 drum magazines, 1 AK47 Chinese assault rifle along with 2 magazines, 1 .303 rifle, 1 pistol, 1 Mauser, 5 Stick Bombs, 1 special Chinese pistol, 5 kilos of explosive equipment and 3 bags of ammunition. 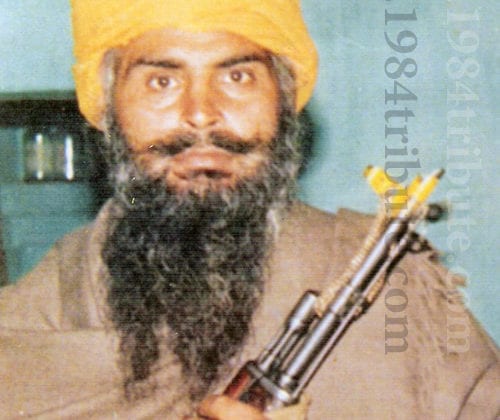