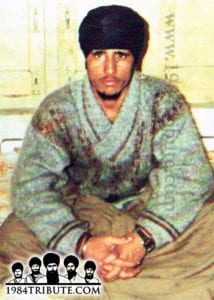 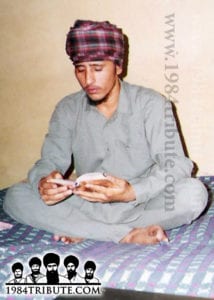 All of a sudden on 21st July 1990, the Punjab police had surrounded the Gurudwara of Sarabha village and arrested the Granthi Singh of the Gurudwara and his 13 year old son. It was on this day that the blood of the Sikh youth in Sarabha had started to boil. The son of the Granthi Singh was released from the CIA Headquarters in Ludhiana, after the local panchayat got involved. From that day the police would regularly raid the houses within the village. The police would say that Bhai Baghel Singh Anbuwal and Bhai Sahib Singh Jandhi of Khalistan Commando Force (Zaffarwal Group) were training the local youth in how to use weapons. The Granthi Singh was once again arrested after being released and brutally tortured by the dogs of the Punjab police. Once the Granthi Singh was released, he and his son joined the Khadku Singhs and entered the battlefield. Bhai Sahib also started helping the Khadku Singhs in secret.

A traitor of the panth had given the details of Bhai Sahib to the police, the police then raided the house of Bhai Sahib but Bhai Sahib was not at home that day. Bhai Sahib had made his mind up on not returning but Sardar Harchand Singh talked his son into presenting himself at the CIA Staff Headquarters in Ludhiana to DSP Shiv Kumar. The DSP told the panchayat that Bhai Sahib would be released within two days after questioning, but the traitors were ringing the DSP and telling him that Bhai Sahib is very dangerous and Bhai Sahib holds information on all other Sikh youths in the area. Singhs such as Bhai Sapuran Singh Pappu, Bhai Satinder Singh Lucky and Bhai Harkewal Singh were in contact with Bhai Sahib. Bhai Sahib had turned himself in on 21st January 1991 and on 23rd February 1991 the police charged Bhai Sahib with murder and in possession of two pistols, Bhai Sahib was jailed.

Bhai Sahib spent 7 months in jail and was continuously harassed by the police upon being released. On 19th August 199, Bhai Sahib had enough and decided to join the Khadku Singhs to battle against the oppression. Bhai Sahib punished many traitors and informants. Looking at the contribution of Bhai Sahib within the Sikh Freedom Movement, Bhai Paramjit Singh Panjwar gave the rank of Area Commander within Khalistan Commando Force. Some of the singhs Bhai Sahib did sewa with were Bhai Kuljeet Singh Moga, Bhai Kirandeep Singh Moga, Bhai Jaspal Singh Fauji, Bhai Sapuran Singh Sarabha, Bhai Gurnam Singh Gujarwal and singhs ali

The police were now hunting Bhai Sahib like mad dogs. On 8th September 1992, the Jagraon police (Ludhiana) surrounded Bhai Sahib after a tip off from an informant. Bhai Sahib battled against the Indian security forces for 45 minutes and killed four officers. When Bhai Sahib ran out of ammunition, he swallowed a capsule of Sy-Nyde and drank the nectar of martyrdom as he shouted war cries of “Bole So Nihal, Sat Sri Akaal!” Bhai Sahib had given his life for the Sikh panth. On the day of Bhog, the Punjab police surrounded the village and did not let the Granthi Singh complete the Sri Akhand Paath Sahib. 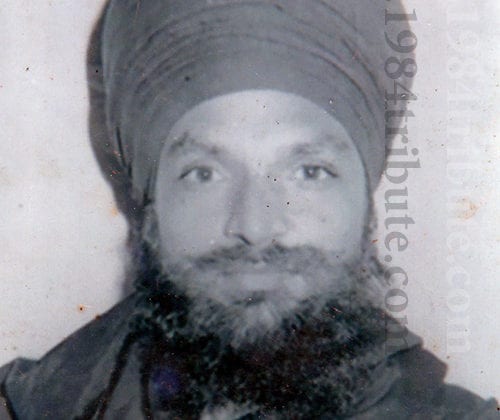 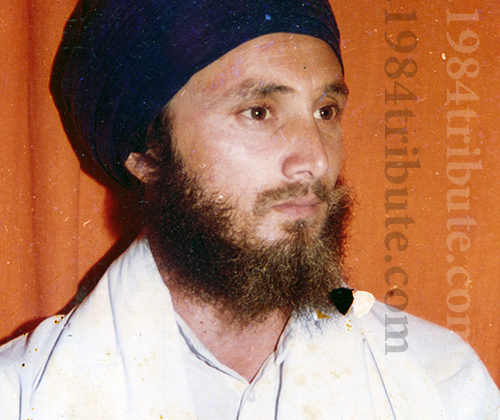