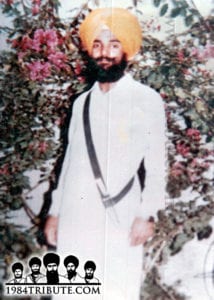 Bhai Kanwaljit Singh Kanba was born on 15th September 1964 in the house of DSP Kirpal Singh and from the womb of Mata Surjit Kaur, in the village of Haruwal, district Dera Baba Nanak. Bhai Sahib was second eldest of three brothers and one sister. Bhai Sahib’s father was a police officer who became a DSP (Deputy Superintendent of Police) and later retired. Bhai Sahib studied his 12 classes from a school in Dera Baba Nanak. Bhai Sahib was very keen on studying and was very intelligent therefore always topped his class. Bhai Sahib had a solid and tall body frame, he was healthy and strong. As well as studying Bhai Sahib also took part in sports. Bhai Sahib was a good running and swimming athlete. During Bhai Sahib’s studies, he started taking part in Bhai Amrik Singh Khalsa’s All India Sikh Student Federation. Bhai Sahib soon was made the President of All India Sikh Student Federation in his area.

In 1982, Bhai Sahib completed his 12 classes and after this Bhai Sahib joined All India Sikh Student Federation on a full time basis. Bhai Sahib also started taking part in the Dharam Yudh Morcha and gave his arrest on many occasions. Bhai Sahib was known as one of the closest Singhs of Bhai Amrik Singh Khalsa. Soon Bhai Sahib came in contact with Jhujaru Singhs such as Bhai Sukhdev Singh Dand Kasel, Bhai Ajit Singh Qaddian and Bhai Nishan Singh Kalanaur. Bhai Sahib had moved to Amritsar permanently. In 1984 Bhai Sahib joined the Punjab Police after his family’s continuous attempts. DSP Kirpal Singh did his duty in Jammu and Kashmir. Bhai Sahib told his family “I am against this government. I want to do sewa of the Sikh Panth.” Bhai Sahib had agreed to do the police job after Sant Jarnail Singh Ji Khalsa Bhindranwale told him to listen to his parents. Bhai Sahib now went to PAP Jalandhar to do his training. During the attack on Sri Harimandir Sahib in June 1984, Bhai Sahib was in Jalandhar, at the training centre. This massacre of the Sikhs in June 1984 on the complex of Sri Akaal Takhat Sahib had a deep impact on Bhai Sahib.

The main aim of Bhai Sahib’s group was to attain Shaheedi for Khalistan and stop the growing slavery of Sikhs under the Hindu regime. Bhai Sahib was made the general of Khalistan Commando Force in his area. Bhai Sahib did many amazing and brave actions in his area and caused great damage to the CRPF. Bhai Sahib also ambushed many police stations that arrested Sikh women for no reason and tortured them. As well as these actions, Bhai Sahib also blew up every CRPF jeep that ever came in his sight. Bhai Sahib found informants and corrupt police officers and punished them by sending them to hell. The Indian security forces were scared of Bhai Sahib’s name. The police wanted to arrest Bhai Sahib at any cost. On many occasions the CRPF would surround Bhai Sahib’s village and searched house by house and also harassed the locals. Bhai Sahib’s family went through blind torture and continuous harassment. Bhai Sahib’s father was also being harassed at work by his senior officers. The police had Bhai Sahib’s house demolished and put five lakh rupees reward on his head. On many occasions Bhai Sahib had encounters with Indian security forces, but Bhai Sahib always escaped unharmed and after causing heavy loss of life and equipment to the enemy.

On 7th February 1987, Bhai Sahib was in the village of Muchal, at the wedding of Bhai Kuldeep Singh Muchal’s brother which was being done secretly. The police was informed of this activity and within hours the Indian security forces surround the village of Muchal. Soon as Bhai Sahib found out about police presence, he urged fellow Jhujaru Singhs to escape while he attained Shaheedi holding off the enemy. Bhai Kuldeep Singh Muchal listened to Bhai Sahib and along with Jhujaru Singh vacated the village as Bhai Sahib started an encounter with the Indian security forces. Bhai Sahib fought till his last bullet and in the end he attained Shaheedi. After Bhai Sahib’s Shaheedi the police did not give the Shaheedi saroop back to the family and instead cremated Bhai Sahib in Patti.

Information given by the family of Shaheed Bhai Kanwaljit Singh Kanba 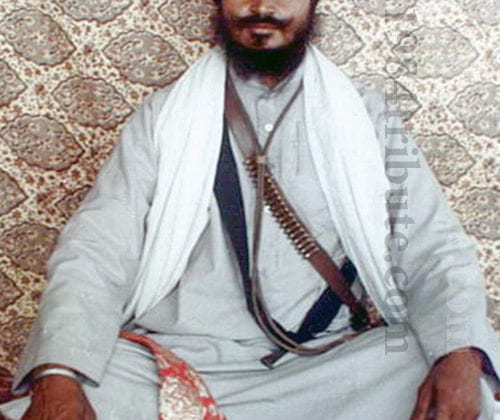 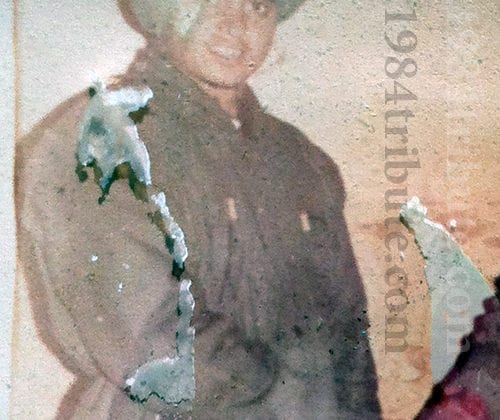