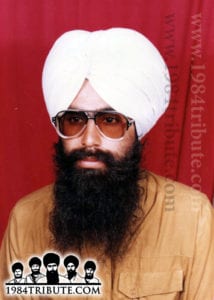 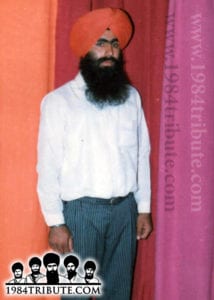 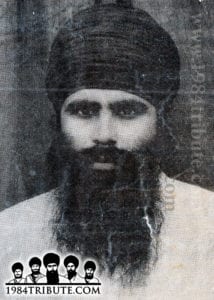 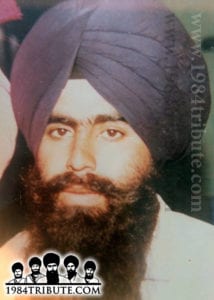 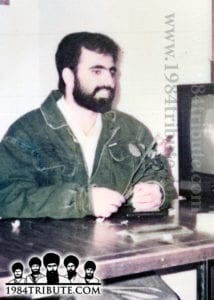 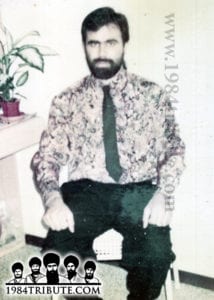 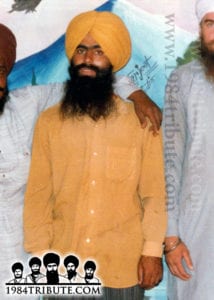 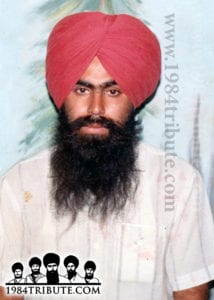 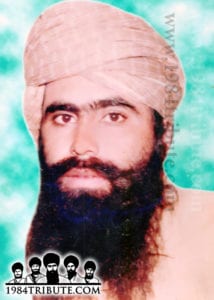 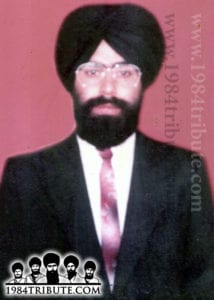 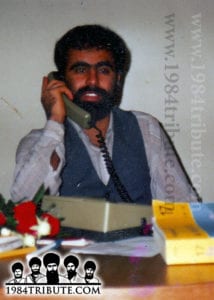 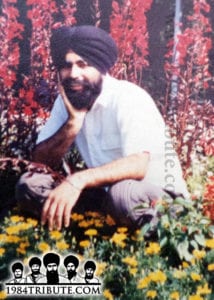 Bhai Jugraj Singh Jagga Smalsar was born in the house of Sardar Harjinder Singh Brar and from the womb of Mata Ranjit Kaur on 17th November 1964 in the village of Bhuttar Kalan, which was the nanake of Bhai Sahib. Bhai Sahib had only 1 sister, Bibi Kuljeet Kaur. Bhai Sahib studied up till 8th class at a local school of his village Smalsar and then passed his 10th class at Guru Tegh Bahadur School in a village nearby Rode. Bhai Sahib was always quiet, humble and never involved himself into others business. If there ever was a dispute in the village of Smalsar then the locals would come to Bhai Sahib and ask for his advice, but Bhai Sahib said, “If you want my advice then you must do as I say and not just listen to what I say.” Bhai Sahib always spoke about truth and justice and in disputes the locals did what Bhai Sahib asked them to. While studying at Guru Tegh Bahadur School in Rode, Bhai Sahib met and became close with the nephews of Sant Jarnail Singh Ji Bindranwale.

In March 1984, Bhai Jagjit Singh Rode, the older brother of Sant Jarnail Singh Ji Bindranwale, was arrested and put into jail without a fair trial. Protests were held all over Punjab to have Bhai Jagjit Singh Rode freed. The protest at Gurudwara Sahib built in memory of Bibi Kahan Kaur was attacked by the Punjab police at bullets were fired at the sangat that were peacefully protesting. Bhai Gurmail Singh Sarpanch of Ajeetwal was made shaheed along with other singhs and many more were injured in this attack on Sikhs asking for justice. The singhs that survived this massacre were put into jail, Bhai Sahib was also arrested and put into Faridkot Jail, from which Bhai Sahib was later transferred to Sangrur Jail. In jail Bhai Sahib met Bhai Jagjit Singh Rode, Bhai Nachattar Singh Rode, Bhai Darshan Singh Kalha, Sardar Sukhjinder Singh and many more singhs that were fighting for freedom, all these singhs stayed together in jail. Bhai Sahib spent 15 months in jail and was released after the family paid a big sum of money for the bail. When Bhai Sahib came out of jail, Bhai Sahib jumped into the battlefield to fight for the rights and justice for Sikhs. Bhai Sahib met and did many actions with Bhai Gurjant Singh Budhsinghwala.

Dam Dami Taksal and Sikh Student Federation asked the Sikh nation to attend the Sarbat Khalsa on 26thJanuary 1986 in Sri Harimandir Sahib, where the project of rebuilding Sri Akaal Takht Sahib with the money of Sikhs. Then CM Surjit Barnala tried his best to arrest as many singhs so they could not attend the Sarbat Khalsa. 23rdJanuary 1986 the police came to Smalsar looking to arrest Bhai Sahib. Bhai Sahib was at home with his mother in the morning approx 7:30am. The 60 police officers surrounded the house but Bhai Sahib stayed calm. Mata Ranjit Kaur, mother of Bhai Sahib asked the police inspector what has Bhai Sahib done, but the police inspector ignored Mata Ji and told Bhai Sahib to come with police to the police station. Bhai Sahib said, “I’m not going with the police.” Then Bhai Sahib pushed the inspector and got out of the police trap by jumping over the walls and roofs at the backside of the house. Police was shocked that a 21 year old man had pushed his way through the 60 men police trap. The police asked Bhai Sahib’s mother to go to the police station with them, but Mata Ji replied, “a young man has fooled 60 police officers and now the 60 police men are going to take an elderly women to the police station, the police must be ashamed of themselves.” Upon hearing this, the police left Mata Ji and went away. Later that night Bhai Sahib returned home and asked his mother if the police had bothered her, Mata Ji told Bhai Sahib the full story. Bhai Sahib said, “Mata Ji, you should have slapped that police inspector and I would have dealt with him after.”

In Romania Bhai Sahib planned to kidnap Julio Francis Rebeiro, the Indian ambassador to Romania and one of the main butchers of Sikh youth in Punjab. By kidnapping Julio Francis Rebeiro, the singhs would ask the Indian Government to release the Khadku Singhs in Indian prisons. Bhai Sahib planned this mission with Bhai Balwinder Singh, Bhai Jagwinder Singh and Bhai Gurpal Singh. The plan was not to kill Julio Francis Rebeiro, because if the singhs wanted to kill him it would have been a lot easier, but the aim of the mission was to get Khadku Singhs out of the Indian prison. Also by kidnapping this brutal butcher of Sikhs in Europe, the singhs would highlight the issue of innocent Sikhs being tortured and killed in India by the hands of the government, and prove to the world that Sikhs are not terrorists in fact the Indian government are the terrorists.

This is how the media broadcasted the news of this action;

On 20 August 1991, the Indian ambassador in Bucharest, Julio Francis Rebeiro, was shot by members of the Babbar Khalsa group of the Khalistan Liberation Front – an extremist organisation fighting to establish an independent Sikh state in the Punjab. The five terrorists, who arrived from Switzerland, organised and undertook commando training in Romania, and targeted Rebeiro because he was a former chief of the Punjab police. An anti-terrorist officer assigned to protect Rebeiro killed one terrorist, Jugraj Singh, and seriously injured another, Jagwinder Singh. Gurpal Singh and Balwinder escaped, but the fifth member of the group, Pargat Singh, was captured and jailed for eight years.

This is how the local Sikhs explained this mission of Singhs;

20thAugust 1991 at 5:30pm, location the capital of Romania, Bucharest, and all the singhs fired at Julio Francis Rebeiro. Bodyguards of Julio Francis Rebeiro also returned fire. Rebeiro and his bodyguards ran into a government listed building for cover. Bhai Balwinder Singh chased them and but his gun got jammed and he could not fire bullets. Bhai Sahib and Jagwinder Singh got into a car and tried to get away but the bodyguards of Rebeiro shot Bhai Sahib in the back, here Bhai Sahib attained Shaheedi and Bhai Jagwinder Singh was shot in the shoulder and he fell unconscious. Bhai Gurpal Singh was waiting in a second car which was the second getaway car, but when he saw the bullets flying he drove off and got away same as Bhai Balwinder Singh got away on foot after his gun gave up on him. On 3rdFebruary 1992, Bhai Pargat Singh and Bhai Jagwinder Singh were sentenced to 8 years in the Romanian Jail. The Romanian judge asked the singhs to apologise to Julio Francis Rebeiro but the singhs said that they will never apologise to an international criminal that has killed countless Sikh youth.

The family of Bhai Sahib asked the Indian government to at least give the body of Bhai Sahib to the family so they could do the cremation according to gurmat maryada, but the Indian government did not allow this to happen as the this would encourage Sikh youth to get more involved in the Sikh Freedom Movement. 5 singhs from England went to Romania to cremate the body of Bhai Sahib in Bucharest. An Akhand Paath Sahib was held on 8thOctober 1992 in Smalsar. Sangat from all over attended this Akhand Paath Sahib, including Baba Joginder Singh Rode, father of Sant Jarnail Singh Ji Bindranwale, Bhai Jasbir Singh Rode, Bhai Simranjit Singh Mann, singhs from Dam Dami Taksal and workers of Sikh Students Federation.

The police did not stop harassing the family of Bhai Sahib after his shaheedi. Sometimes the police of Gurdaspur, Kapurthala or Sangrur would come to the house Bhai Sahib and reopen the wounds of his parents. 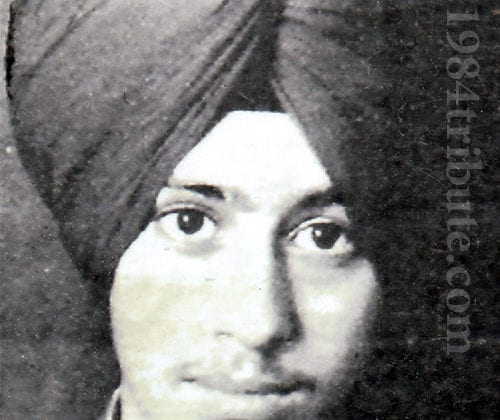 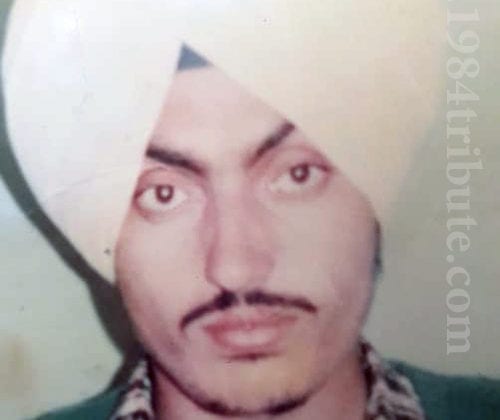