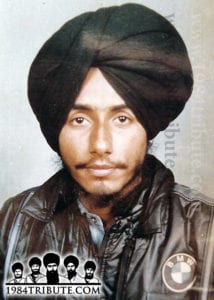 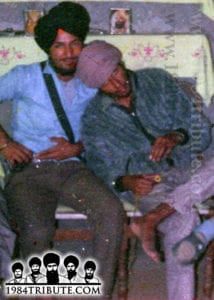 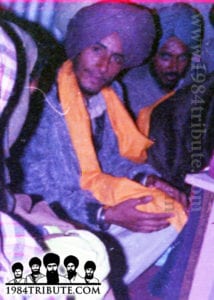 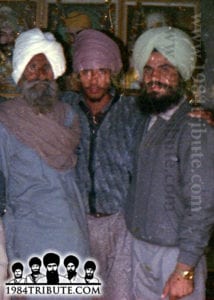 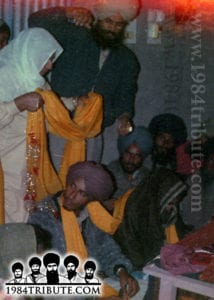 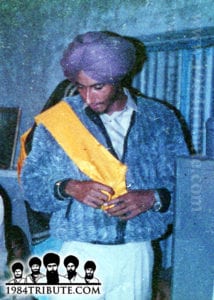 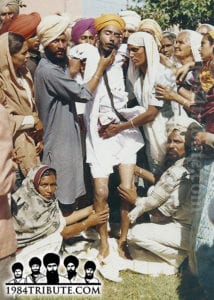 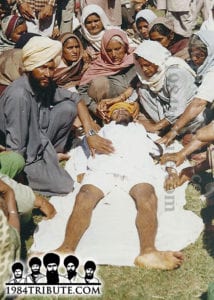 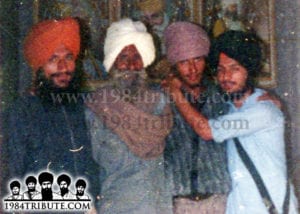 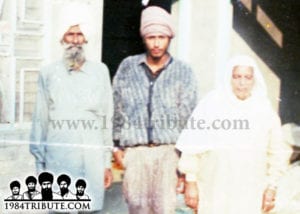 Shaheed Bhai Jugraj Singh ‘Toofan’ was born in 1971 at village Cheema Khurd. His father Sardar Mahinder Singh, Jugraj Singh have five sisters, being the only son of his parents.

Jugraj Singh was 14-15 years of age in when Indira Gandhi ordered the army attack on Sri Harmandir Sahib in 1984. The destruction of Sri Akal Takhat Sahib left Jugraj Singh saddened and his religious emotions came to the boiling point, he decided to fight against the injustice being carried out against Sikh’s in their own country and he dedicated his life to the Sikh cause from 1984 to April 1990.

Bhai Jugraj Singh used his weapons to protect people and punish those who implicated atrocities on Sikh faith. At a young age he spent some time in Nabha security jail with Shaheed Bhai Manbir Singh Chaheru and Shaheed Major Baldev Singh Ghuman. Singh’s in jail would tell Jugraj Singh that he is too young and only son of their parents so he should stay at home and take care of the family instead of jumping in the Sikh fight against the state. However, Bhai Sahib always said that he wanted to serve the Sikh panth and he did not care if that cost him his life.

He once in Nabha jail also narrated an incident about how he used his index finger under his shirt to mimic a pistol and receive a ride, as no one was stopping on the road side to pick him up, to reach an important meeting with other Singh’s. All the Singh’s in Nabha jail were impressed by Bhai Sahib’s dedication to panth.

In 1987 Jugraj Singh came in contact with Chief of Khalistan Liberation Force, Bhai Avtar Singh Brahma and participated in Sikh struggle under his command. Jugraj Singh participated in planning and carrying out the assassination of butcher police officer Gobind Ram in Jalandhar, at Punjab Armed Police Headquarters (PAP). After this incident Punjab Police was frantically looking to eliminate Bhai Sahib.

Sikh nation is a nation of martyrs. Guru Gobind Singh Ji created the Khalsa army out of Shaheeds and only those are Shaheeds who’s Shaheedi is accepted by the Guru himself. Bhai Jugraj Singh Ji never raised his weapon on innocent public and he never participated in looting innocent people. He fought for the nation with a clear conscious and he gave his life for Sikh nation and attained Shaheedi in accordance to his Guru.

Bhai Sahib was a great man of valor who was not only loved by Sikh population but also by Hindus. Many Hindu villagers left their homes to safety during militancy days but in the area where Bhai Jugraj Singh was active, many Hindu families decided to return to their native homes as they felt safe and secure in presence of Jugraj Singh who was fair and protective of all men belonging to different religions. This is an example in itself and a show of high character of a true Sikh.

On early morning of 8th April 1990, at village Mari Butchian near Sri Hargobindpur police and border security force’s surrounded the house were Bhai Sahib was staying for the night and the encounter started. On this day Bhai Sahib was sick and a trusted person went to the city to fetch some medicine for him. When Jugraj Singh started to use his AK 94 gun, he found out that the pin of his gun was missing. At that time Bhai Sahib realized that the person who went to city for medicine was a traitor and he took out the pin form gun and then sent the police on him. All five Singh’s got out of the home to save the innocent lives and ran into the field of sugarcane. Three Singh’s went to one side while Jugraj Singh and Bakshish Singh went the other way. During this gun battle Jugraj Singh got hit by a bullet in his leg and was unable to move, so he asked Bakshish to leave him but Bakshish Singh refused to leave him alone. Bhai Bakshish Singh lifted Jugraj Singh on his shoulders and tried to escape on a tractor but tractor got stuck in the field and they were both hit by police bullets. Jugraj Singh died on the tractor while Bakshish Singh hid behind some houses and kept fighting and later died of bullet injuries. Other three Singh’s including Bhai Baljit Singh and Bhai Piara Singh was able to escape from the gun battle.

Almost one thousand Sikh’s and Hindu’s surrounded the police station at Sri Hargobindpur to receive Bhai Sahib’s dead body. On the day of his cremation it is estimated that almost four lakh (400,000) people were gathered to pay him the last tribute which is again an example of itself in the Sikh history. Baba Thakur Singh of Damdami Taksal, Shaheed Major Baldev Singh Ghuman, Simranjit Singh Mann, Bibi Rajinder Kaur Bulara, Bibi Bimal Kaur Khalsa, and Justice Ajit Singh Bains paid homage to the great hero’s during the last ardas of Bhai Sahib. On this day the president of Sri Hargobindpur’s BJP party Mr. Darshan Lal Chopra said that Jugraj Singh was their shield and protected the Hindu’s and today we feel alone after he is gone. 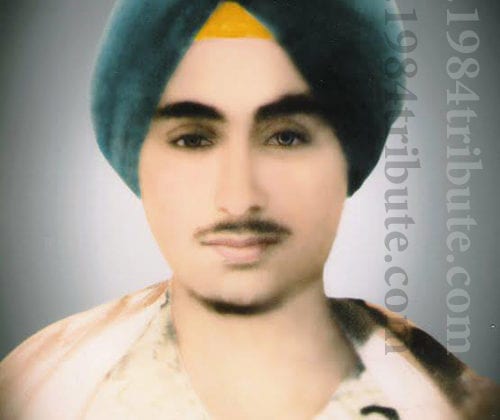 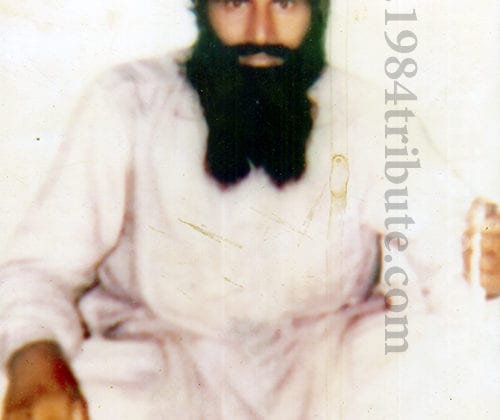