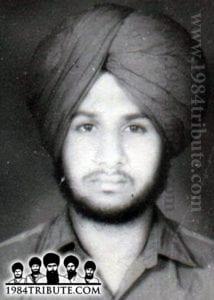 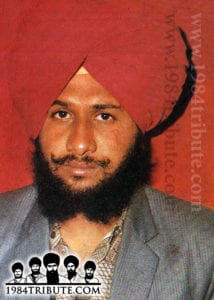 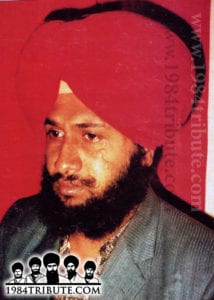 Like Sant Jarnail Singh Ji Bhindranwale said, “We are slaves.” And to take of the noose of slavery from the necks of the Sikhs, many warriors gave their lives in the Sikh Freedom Movement. In the endless list of the Sikh martyrs the name, Shaheed Bhai Jaspal Singh Padda is listed amongst the highly ranked generals of the Sikh armed struggle. Bhai Sahib was born in the year of 1966, in the village of Lakhanke Padday, district Kapurthala and in the house of Master Narinderjit Singh and Mata Bakshish Kaur. Master Narinderjit Singh was a teacher at the school and from start he had a Gurmukh personality.

Bhai Sahib completed his primary education at the local village school. In 1984, the army assault Sri Harimandir Sahib done by the Indian army left a deep impact on Bhai Sahib, from here onwards Bhai Sahib wanted to do sewa to take off the noose of slavery from the necks of fellow brothers and sisters. Soon Bhai Sahib started taking part in the Sikh Freedom Movement secretly. During this time top Khadku Singhs would came and meet Bhai Sahib in Lakhanke Padday. In 1985, Bhai Sahib became an active member of All India Sikh Student Federation and in 1986 Bhai Sahib chosen as the president of the Sikh Student Federation circle. Bhai Sahib was always determined to do sewa for the Sikh panth, he would prioritise panthic sewa over the household duties.

In 1989, Bhai Sahib was released on bail and he once again got in touch with the singhs of Khalistan Commando Force and started doing actions. The Punjab police arrested Bhai Sahib again and took him to Dilwan police station. Master Narinderjit Singh along with the village panchayat went to Dilwan police station to try and free his son, but the police in-charge said, “Have a good look at your son, because we are going to kill him in an encounter.” Upon hearing this Master Narinderjit Singh could not take the pain of having his son killed and he passed away after having a heart attack. Bhai Sahib was sent to jail for some time and later was released on bail.

Bhai Sahib was full of courage and witnessing the bravery of Bhai Sahib, the singhs made Bhai Sahib the district president of All India Sikh Student Federation and at the same time Bhai Sahib was doing actions with Khalistan Commando Force (Panjwar), under the name of Bhai Gurinderpal Singh. The Indian security forces tried to arrest Bhai Sahib many times, but Bhai Sahib would always make a fool of the Punjab police and escape. Bhai Sahib use to say, “Jionde ji mein police de hath nahi aana.” – “I will not come into the hands of the police alive.” Looking at Bhai Sahib’s commitment to the Sikh Freedom Movement and his leadership skills, fellow singhs always looked to Bhai Sahib for advice. Police informants and black cats use to make Bhai Sahib angry, he would always be planning how to punish such sell outs. Bhai Sahib use to say that black cats and informants damage the Sikh Freedom Movement the most and they must not be spared. Indian security forces were always scared to enter Bhai Sahib’s area, when they heard the name of Bhai Sahib they would go the opposite way. Bhai Sahib had many encounters with the Indian Security Forces but Bhai Sahib and fellow singhs always escaped unharmed.

Finally the day came, the day which every Khadku Singhs awaits. It was 13th April 1991, Bhai Sahib, Bhai Mandeep Singh Shampur and Bhai Rajwinder Singh Raju were resting at a house in the village of Jairampur. But a police informant had passed this information on to the Punjab police, in greed of the reward money. The Punjab police did not have as much courage to face Bhai Sahib and fellow singhs in an encounter. Punjab police gathered the CRPF, BSF and quickly surrounded the village. The Indian security forces made their bunkers on the roofs of the neighbouring houses. When Bhai Sahib and the singhs found out they had been surrounded, they grabbed their weapons and took positions to start the battle. On one side there were 3 Jhujaru Singhs of Guru Gobind Singh Ji and on the other side was thousands of Punjab police, CRPF and BSF dogs of the cruel and the racist Hindu regime. The singhs battled for many hours as they shouted slogans such as, “Khalistan Zindabaad, Bole So Nihal Sat Sri Akaal.” Throughout the battle, the singhs laughed and remained in Chardi Kala.

In the end, all of the ammunition of the singhs had finished all three singhs did Ardas for shaheedi. The singhs put and capsule of Sy-Nyde onto their palms and swallowed it and became shaheeds. The locals had enormous amount of respect for Bhai Sahib and his group of Khadku Singhs. Upon hearing he shaheedi of Bhai Sahib, thousands of locals got together and managed to get the shaheedi saroop of the singhs from the Punjab police. Even at the cremation of the singhs, Sikhs and Hindus from all over India had come to pay their respects to the fallen soldier of Khalistan. 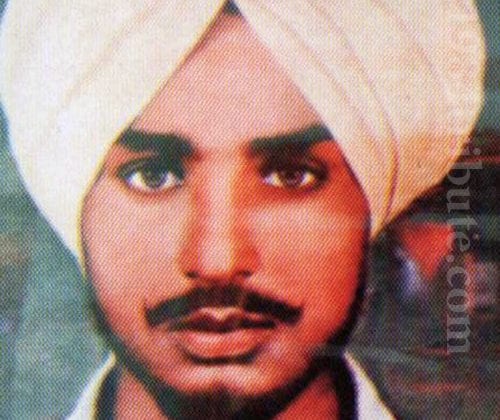 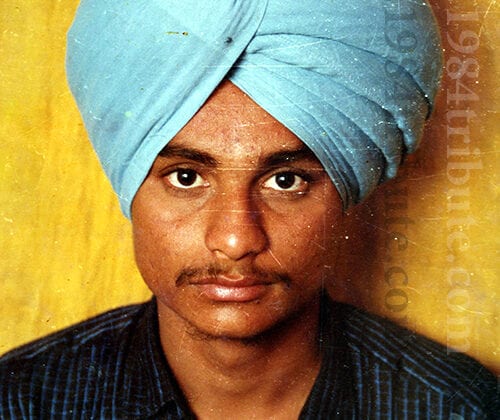