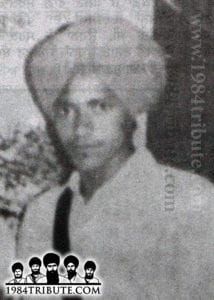 Freedom fighters make their decision to fight for freedom at a very young age and once the freedom fighter has made his mind, his/her family can’t stop them from being free, nor can the police or any security force of any country. In the Sri Hargobindpur area of Gurdaspur district is a village of Cheema Khudi, where from children to elderly know about a Sikh warrior by the name of Bhai Jugraj Singh Toofan. The young generals of the Sikh Freedom Movement, such as Bhai Toofan, have done big actions, but these big actions would not have been possible with the help of close trustworthy fellow singhs. The close friends of Bhai Toofan have also sacrificed a lot for the Sikh nation and their history we must know also. In this article we will talk about the great Khadku Singh from the group of Bhai Toofan, Shaheed Bhai Jasbir Singh alias Bhai Major Singh Samrai.

The very young Bhai Toofan of Cheema Khudi was very anxious to join the Sikh Freedom Movement while still at school. Bhai Toofan’s classmate and very close friend was from the neighbouring village of Samrai, Bhai Jasbir Singh alias Bhai Major Singh Samrai. Both of the singhs were deep in to Sikhi and tied turbans, which some Hindus did not like. When the racist Hindus of Gurdaspur reported Bhai Toofan as a terrorist to the BSF personnel, along with Bhai Toofan, Bhai Jasbir Singh was also arrested. Bhai Sahib and Bhai Toofan were mercilessly tortured, even at the age of 14-16 years and then sent to Gurdaspur youth jail and later transferred to Hoshiarpur youth jail.

April 1987, Bhai Sahib, Bhai Toofan and another singh escaped from the Hoshiarpur youth jail. After escaping from jail, both singhs did not take steps towards their homes instead Bhai Sahib and Bhai Toofan moved towards the Sikh Freedom Movement. The singhs of Khalistan Liberation Force spotted the big courage in these young singhs and recruited Bhai Sahib, Bhai Toofan into their group. Soon the police started searching the Batala area for Bhai Sahib and his friend, Bhai Toofan, but these 2 warriors were challenging the Indian security forces and installing fear in to the hearts of the anti-Sikh forces.

Sardar Niranjan Singh and his wife Bibi Dalip Kaur had total of seven children, Bhai Trilok Singh, Bhai Santokh Singh, Bhai Gurmeet Singh, Bhai Gurmail Singh, Bibi Charanjit Kaur, Bhai Jasbir Singh and Bibi Davinder Kaur. After the prison break, the police started harassing the family of Bhai Sahib. Under the orders of SSP Gobind Ram, the police would arrest all the male members of Bhai Sahib’s family and torture them at the police station. The police would also wreck Bhai Sahib’s house and the family farms, but this ill treatment of Sikh family by the butcher police was not enough to stop Bhai Sahib from his tracks of Sikh struggle. Bhai Sahib punished many anti-Sikh elements and while doing these actions Bhai Sahib would somehow make time to meet his family also. Whenever Bhai Sahib met his family members, he would tell them to take Amrit from the Panj Pyare and become Gursikhs.

The singhs of Khalistan Liberation Force had Bhai Sahib treated and the injured state the singhs managed to get Bhai Sahib’s family to meet him. Even in the wounded state Bhai Sahib told his family to take Amrit from the Panj Pyare and become Gursikhs. After this in April 1988, Bhai Sahib called his older sister, Bibi Charanjit Kaur to Sri Harimandir Sahib, where she took amrit from Sri Akaal Takht Sahib. Bibi Charanjit Kaur didn’t know that this was the last time she would meet her young brother.

Following the given challenge, Bhai Toofan and 4 singhs from the Toofan group came to Bhai Sahib’s home on the night of 9th June 1988. The SSP who had bought terror into the lives of innocent Sikhs, had today turned his back to the challenge of a Sikh. SSP Gobind Ram didn’t dare come to the marriage of Bhai Sahib’s sister, instead the cowardly SSP deployed his police force to surround and make bunkers around the village of Samrai. Bhai Toofan did all a brother should at Bibi Charanjit Kaur’s wedding and finally set her off to her new home. The wedding was finished by 12 o’clock in the afternoon.

In coming Bhai Toofan and many singhs from his group had attained shaheedi, but the police still believed that Bhai Jasbir Singh alias Bhai Major Singh Samrai was still alive. 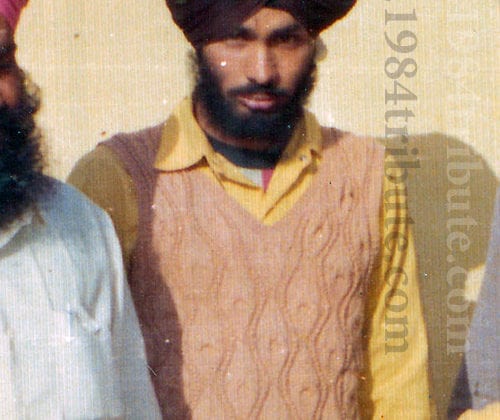 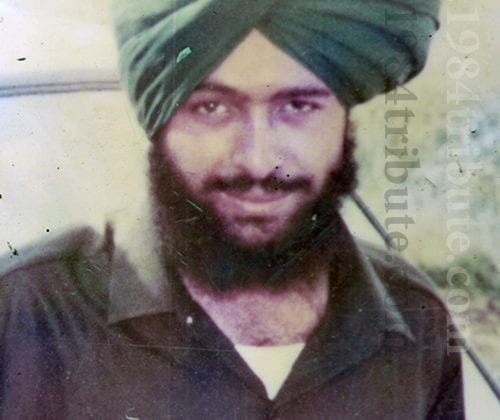