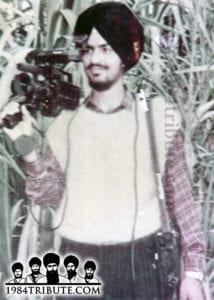 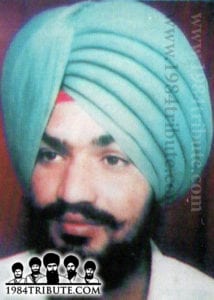 In the Sikh nation’s battle against the Delhi government, many Sikhs have attained shaheedi, amongst these shaheeds is, Shaheed Bhai Inderjit Singh Sakheera of Babbar Khalsa.

June 1984, when the Indian government deployed its army to attack Sri Harimandir Sahib, Bhai Sahib was only 12 years old. Even at Bhai Sahib’s young age, he supported the ideology of the Sikh Freedom Movement, which was started outside the complex of Sri Darbar Sahib. Bhai Sahib along with Sikh youth of village Sakheera started doing panthic actions in secret. While doing actions Bhai Sahib finished studying after passing his 12th class.

Bhai Sahib soon came into the eyes of the police. Once the police surrounded the Sakheera village in the night and arrested as many Sikh youths, which included Bhai Sahib. The Sikh youth of Sakheera were taken to the police station of village Sadar, district Tarn Taran. That time Bhai Sahib’s Mama Ji was a general in the Indian army and after vouching for Bhai Sahib the released Bhai Sahib. After the Bhai Sahib told his family that he is leaving home to go and do sewa at Baba Jagtar Singh Ji Kar Sewa Wale. Bhai Sahib did sewa here for 4-5 months and after went underground.

After Bhai Sahib went undercover, the police started harassing the family. SSP Operation Khubi Ram cunningly said to Bhai Sahib’s father, “Listen to what I say, Bhai Inderjit Singh Sakheera is the only brother of 4 sisters. You do not want to lose him.” But Sardar Gurnam Singh told the SSP straight, “Inderjit has nothing to do with the family.” When the SSP heard this he said, “Old man, just wish that Inderjit Singh Sakheera doesn’t come back to the village.”

Bhai Sahib found himself in many encounters with Indian security forces, such as CRP, BSF and sometimes the army, but due to Bhai Sahib’s bravery and his intelligence, Bhai Sahib would escape safely.

In 1991, Bhai Sahib along with Bhai Madha Singh and other singhs of Babbar Khalsa, reached Maharashtra to carry out a mission. Then minister of Maharashtra, SB Chavan’s daughter and son in law were to be kidnapped and in return, the Babbar Khalsa would ask the Indian government to release Sikh Freedom Fighters from jails. But the police was informed, which led to Bhai Madha Singh Babbar and singhs being arrested along with Bhai Sahib’s wife and her sister, Bibi Sarabjit Kaur. Bhai Sahib himself got out of the hands of the police and came back to Punjab.

After the Maharashtra mission had failed, Bhai Sahib started planning on getting Bhai Madha Singh Babbar out of jail. As Bhai Sahib was planning the prison break out, Bhai Sahib came to Sachkhand Sri Hazur Sahib, Nanded.  Here a CID in a disguise of a sewadar, recongnised Bhai Sahib and gave Bhai Sahib’s information to the local police, including which room Bhai Sahib was staying in. The police arrested Bhai Sahib from his room and taken to a police station outside Nanded, to be brutally tortured for information on Babbar Khalsa. Bhai Sahib declared himself as Bhai Nirmal Sing, son of Sardar Sadha Singh from village of Chanbal. But the police told Bhai Sahib, “We know you are Inderjit Singh of Sakheera.” But Bhai Sahib carried on denying it. The police took a photo of Bhai Sahib and sent it to Punjab police to get the correct information. But by the time Punjab police could get back to Maharashtra, Bhai Sahib broke out of police custody and with help of a Sikh, Bhai Sahib made it to Madha Pardesh.

In Madha Pardesh, district Dhabra in the Shivpuri area, Bhai Sahib was stopped and questioned by the local police. Bhai Sahib answered all questions calmly and told the police that he was related to a Sikh truck driver from here. The police believed Bhai Sahib and let him go. Like this Bhai Sahib reached Punjab.

In 1992, the police started killing families of Khadku Singhs and at that time, Bhai Sahib’s family left home for their safety. The police burnt Bhai Sahib’s home and destroyed his farms. Even because of major setbacks, Bhai Sahib remained in chardikala and continued the panthic actions.

20th December 1992, in Baba Bakala, Bhai Sahib was staying at a house in the village. Some women from the village got the police and bought them direct to the house, where Bhai Sahib was staying. SP Operation Khubi Ram got the women to open the door of the house. The women shouted for the door to be opened, the family of the house came to open the door. As soon as the family opened the door, hundreds of police officers rushed into the house looking for Bhai Sahib. Bhai Sahib was having a bath at that time. The police arrested Bhai Sahib and after tying him up, he was thrown into the gypsy and taken away.

The families that Bhai Sahib spent time with said,

“We are proud of such a warrior. After being tortured, Bhai Inderjit Singh Sakheera didn’t send the police to our homes. Shaheedan nu parnam.” 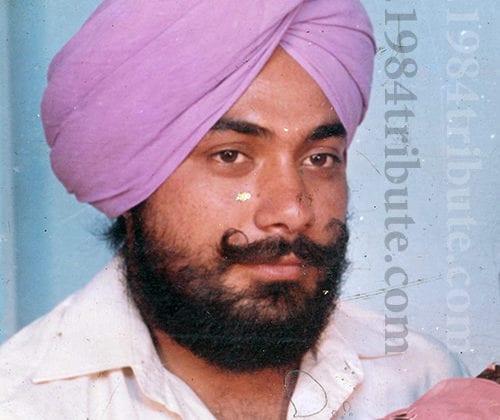 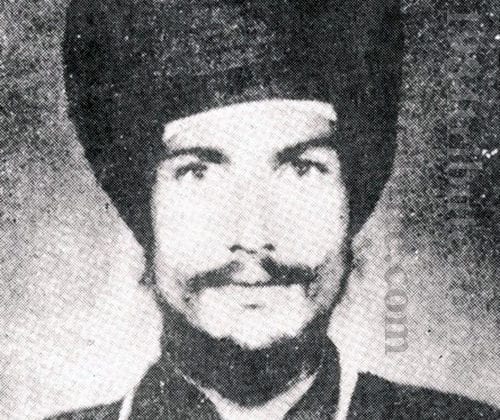