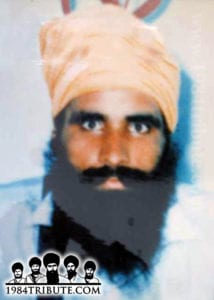 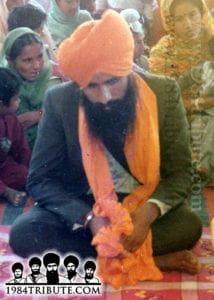 Bhai Inderjit Singh Bhagora was born in the year of 1960, in the house of Sardar Chanan Singh and from the womb of Mata Harbhajan Kaur in the village of Bhagora, district Nawashaher. Bhai Sahib was one of the many singhs that gave his life for the Sikh panth and wrote his name amongst the great martyrs of the Sikh panth. Bhai Sahib had 4 brothers, Bhai Hardyal Singh, Bhai Mohan Singh Fauji, Bhai Ranjit Singh, Bhai Rashpal Singh and 2 sisters Bibi Kulbir Kaur, Bibi Jasvir Kaur. Bhai Sahib studied till 7th class and after started working for Sikh Gurdwara Parbhandak Committee (SGPC).

Bhai Sahib was also a gunman of the Jathedar of Sri Kesgarh Sahib, Jathedar Harcharan Singh Mohal. It was during this time Bhai Sahib made contact with Bhai Anokh Singh Babbar through SGPC. When the Dharam Yudh Morcha started, Bhai Sahib met the Jathedar of Damdami Taksal, Sant Jarnail Singh Ji Bhindranwala. The frequent meetings with Sant Ji, Bhai Sahib started to get involved in the Sikh struggle. The singhs of Babbar Khalsa such as Bhai Anokh Singh Babbar, Bhai Sulakhan Singh Babbar, and Bhai Sukhdev Singh Fatudhinga would regularly come to Bhai Sahib’s house in Bhagora and plan their actions.

After the attack on Sri Darbar Sahib in June 1984, the Jhujaru Singhs needed a place here they could get together in peace and discuss a strategy for the Sikh Freedom Movement. The Nawashaher district was the ideal place for such meetings as the police wasn’t as watchful in Nawashaher as they were in Majha, Malwa and Doaba, but in 1985 this changed, the rumours came out that the Jhujaru Singhs were using Nawashaher as their planning ground and Bhai Sahib was arrested under the charges of housing Jhujaru Singhs. In 1987, while serving his jail sentence, Bhai Sahib met Bhai Swaranjit Singh Aladinpur of Bhindranwala Tigers Force of Khalistan. After being released Bhai Sahib started doing actions with the singhs of Bhindranwala Tigers Force of Khalistan under the command of Baba Gurbachan Singh Manochahal. After the shaheedi of Bhai Swaranjit Singh Aladinpur, Bhai Surjit Singh Painta was made the Lieutenant General and Bhai Sahib had a close relation to Bhai Surjit Singh Painta.

Bhai Sahib was heavily active in the Sikh Freedom Movement and at the same time the family of Bhai Sahib was providing bases for Jhujaru Singhs for rest. Bhai Harjinder Singh Jinda, Bhai Daljit Singh Bittu and Bhai Harwinder Singh Mathra would regularly come to Bhagora and stay with Bhai Sahib’s family. The Punjab police had now set their eyes on Bhai Sahib’s family, the police arrested Bhai Ranjit Singh and Bhai Rashpal Singh. Both brothers of Bhai Sahib were mercilessly tortured behind bars and both were charged with many cases related to the TADA act and jailed.

Bhai Sahib had a great deal on love for Bhai Surjit Singh Painta, Bhai Sahib was always around the singhs of Bhindranwala Tigers Force of Khalistan. The Indian security forces had now come up with a strategy to arrest Jhujaru Singhs through their informants. On 15th November 1988, Bhai Sahib was travelling on a truck, when this information reached the Punjab police they surrounded Bhai Sahib near the village of Laduwal, district Ludhiana. Bhai Sahib knew if the police arrested him alive, the police would torture him to death for the information on fellow singhs. In the end Bhai Sahib realised that he was supposed to do only this much sewa in this life time and remembering Waheguru swallowed a capsule of Sy-Nyde to become a martyr of the Sikh nation. The Punjab police were disappointed that they couldn’t catch Bhai Sahib alive as Bhai Sahib was one of the most valuable singhs of the Sikh Freedom Movement.

One of Bhai Sahib’s nephews, Bhai Balraj Singh also walked on the same footsteps of Bhai Sahib. Bhai Balraj Singh started doing actions with the singhs of Khalistan Commando Force under the command of Bhai Sukhwinder Singh Pappu Gora. After doing sewa for many years, he too attained shaheedi in 1992 in a fierce encounter with the Indian security forces. Even today the families of these shaheeds are proud. An annual shaheed smagam is held at Bhai Sahib’s village. 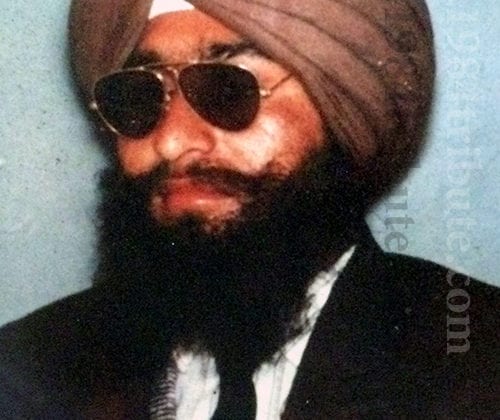 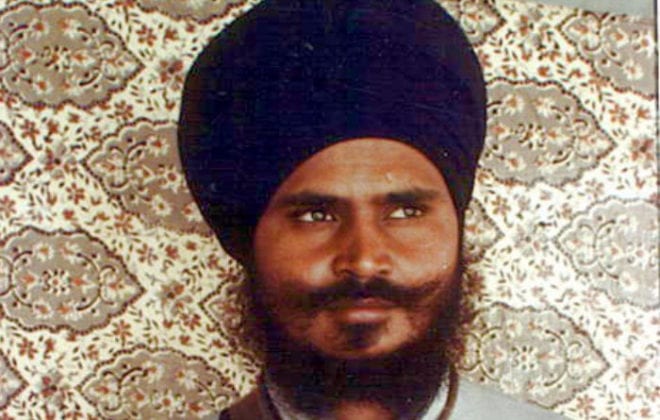 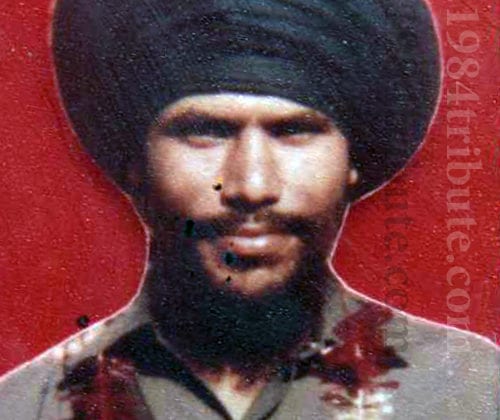