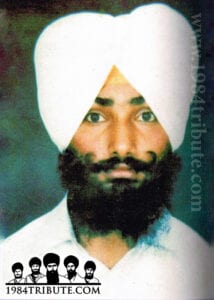 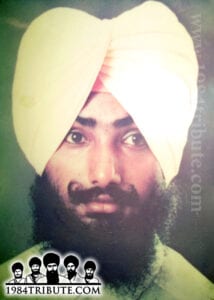 Bhai Darshpreet Singh was born on 10th October 1967, in the village Rumi, near Jagraon, district Ludhiana, in the house of Sardar Bahadur Singh and from the womb of Mata Surjit Kaur. Bhai Sahib’s family were all well-educated and his parents worked at teachers. The family had a great deal of land and due to this they were all living a happy and luxurious life. Bhai Sahib was the only brother to his only sister, Bibi Prabhjot Kaur who was elder than him. The family of Bhai Sahib was well respected and loved in the village and due to this Bhai Sahib was bought up around a positive atmosphere. Love for Sikhi, Bani and Bana shined immensely within Bhai Sahib. Bhai Sahib respected his hair so much, when he would use the Kanga to comb his hair and any hair that came out, he wouldn’t just throw it away, instead he will keep his hair until he would see a river or a lake so he could flow it in the water.

From the start Bhai Sahib was very clever and extremely knowledgeable. During his school studies, Bhai Sahib would always achieve top marks for his work. As well as being educated, Bhai Sahib was a humanitarian and never hesitated from helping less privileged people. Even at a young age, Bhai Sahib would think like a wise man. Bhai Sahib’s heavy voice gave more power to his personality. Bhai Sahib always had been brave and full of courage, free from lust, anger, attachment, greed and ego.

When Bhai Sahib stepped into his teenage, the Dharam Yudh Morcha was at its peak and like every other Sikh around the world, Bhai Sahib was also deeply hurt when the Indian army attacked Sri Darbar Sahib in June 1984. Witnessing the killings and torture of Sikh youth round Punjab made Bhai Sahib realise the slavery that was hanging in the necks of the Sikhs and this gave birth to fire for freedom within him. After completing his studies at school, Bhai Sahib took admission in Ludhiana’s Agricultural University. At the time, this university was a hub for communist supporters and many Sikh students were also supporters of this communist ideology. Bhai Sahib gathered like minded Sikh students and started working day and night in establishing a base for All India Sikh Student Federation unit within the university. In this process, Bhai Sahib was arrested and tortured many times by the Punjab police. But this police harassment did not sway Bhai Sahib from his mission, instead it made him stronger. Bhai Sahib from here on decided that he will not be captured by the police alive.

By now Bhai Sahib had taken the biggest step of his life, he had decided to leave his family and life of luxuries behind him and jump into the battlefield to eradicate the Indian oppression. One day, Bhai Sahib told his mother about his decision and asked for her blessings. At this point only a mother can tell how hard it would have been to bless her son upon the path of martyrdom. Bhai Sahib, the only son to his parents left behind everything and pledged his remaining breaths to the cause of Khalistan, a Sikh homeland in which Sikhs and Sikhi would remain safe. Bhai Sahib very well knew the risks of being involved in the Sikh struggle, and for this reason Bhai Sahib had taken the photos of himself in white turban and passed it on to his fellow Jhujaru brothers and told them to use these photos on the day of his Bhog and final Ardas.

On the afternoon of 17th May 1991, Bhai Sahib along with he Jhujaru brothers were resting in house of Sardar Avtar Singh situated on the outskirts of village Hans Kalan, near Jagraon. An informant had given this information to the Punjab police and within minutes the house was surrounded by Indian security forces. Soon as Bhai Sahib realized they had been surrounded by the enemy, they did an Ardas and grabbed their pistols. These sons of Sri Guru Gobind Singh Ji Maharaj came out of the house shouting war cries of ‘BOLE SO NIHAL SAT SRI AKAAL’ and started firing at the Indian soldiers. The battle started at 12 o’clock in the afternoon and went on until 4 o’clock in the evening. In the end Bhai Sahib and his Jhujaru brothers all attained martyrdom, some by the bullets of the enemy and others by swallowing a cyanide capsule. They fulfilled the saying, rather die on our feet, than to live on our knees. These Sikh warriors will forever be victorious as they did not accept the slavery of the Indian occupation. 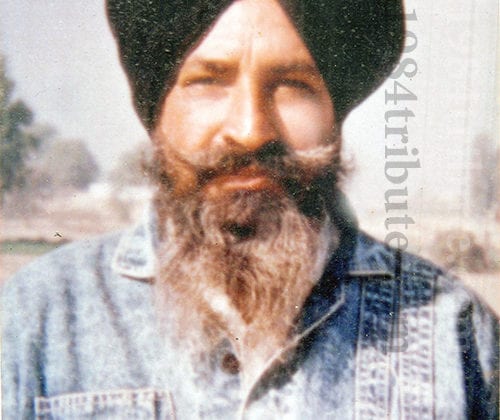 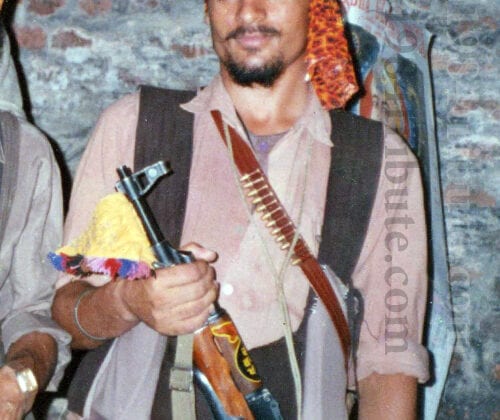 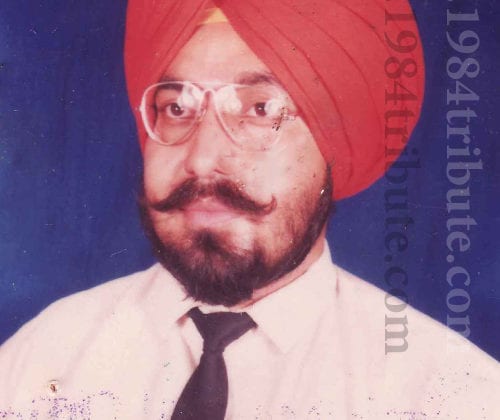