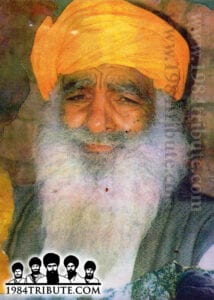 Bapu Shingara Singh (pictured) has heard nothing from his son, Bhai Gurcharan Singh and daughter in law, Bibi Raj Kaur since they were taken by the Punjab police on 5th June 1992 along with their son, Bhujangi Vishivjit Singh and their niece and another relative, Bibi Kuldev Kaur was also taken by the police. Bibi Surinder Kaur who also is a relative of the family was arrested after she tried to free her family members.

At about 5:30pm on the 5th June 1992, one police party consisting of DSP Sukhdev Bhatti, SHO Suwan Singh, ASI Atma Singh, army officer Baljit Singh and other Punjab police officials raided the residence of Bhai Gurcharan Singh in order to arrest Bibi Swaran Kaur, who was fortunately at the Gurudwara (Sikh temple) at that time. 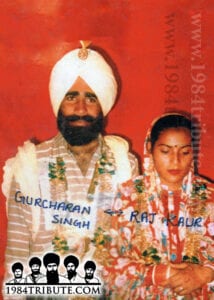 At the time of the raid, Bhai Gurcharan Singh aged 30, his wife Bibi Raj Kaur aged 22, their son Bhujangi Vishivjit Singh aged 2, the daughter of Bibi Swaran Kaur aged 1 and another family member, Bibi Kuldev Kaur were present at home.

All those above were taken into police custody, as was Bhai Gurdev Singh, husband of Bibi Surinder Kaur from the village of Sagra, district Patiala. Bapu Shingara Singh’s younger daughter Bibi Kulwinder Kaur from Batala was pregnant at the time and had fallen ill and was left in the house of Bhai Gurcharan Singh with Bhai Gurdev Singh.

Bibi Kulwinder Kaur and Bhai Gurdev Singh, as witnesses to these events reported that all those abducted had been detained in police custody at Amloh police station, which falls in the Fatehgarh Sahib district. Bibi Surinder Kaur had Bibi Swaran Kaur bought before SP Madanjit Singh of Patiala and DSP Gurnam Mehra were present at the time. This was done in attempt to have everyone released.  A criminal case was then registered against Bibi Swaran Kaur under sections 25, 54, 59 Arms Act and she was remanded in judicial custody in Central Jail, Patiala.

In an attempt to secure the release of her family members, Bibi Surinder Kaur then went to visit the Director General o of Police in Punjab, the SSP of Fatehgarh Sahib and other high Indian officials and gained no result. The following day, on 12th December 1992 Bibi Surinder Kaur was arrested. Following this, Bapu Shingara Singh filed a petition before the Supreme Court of India against the police officials involved.

Upon discovery that Bapu Shingara Singh had filed petitions against them, one of the police officers threatened him that his grandchildren, who were in the custody of Punjab police, would be killed if he followed through with the case. Following this threat the police showed the young children in a secret location to Bapu Shingara Singh’s daughter, Bibi Balwinder Kaur. 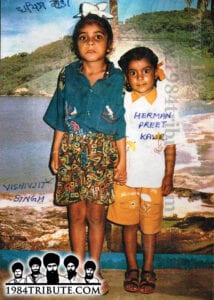 Bapu Shingara Singh became frightened and withdrew his case from the Supreme Court. The grandchildren were released and returned to him, but he has no further knowledge of his other family members. Bapu Shingara Singh believes that they have been eliminated by the Punjab police. 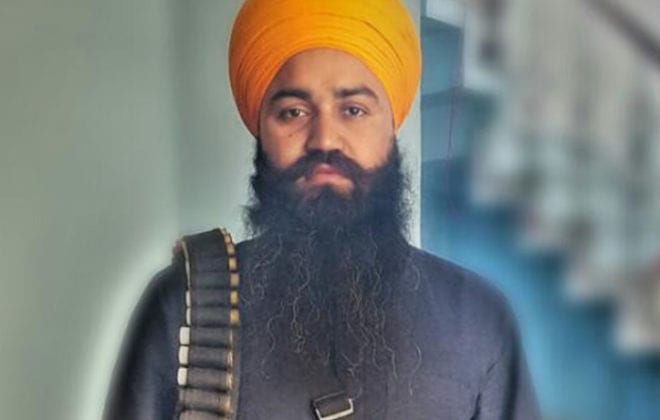 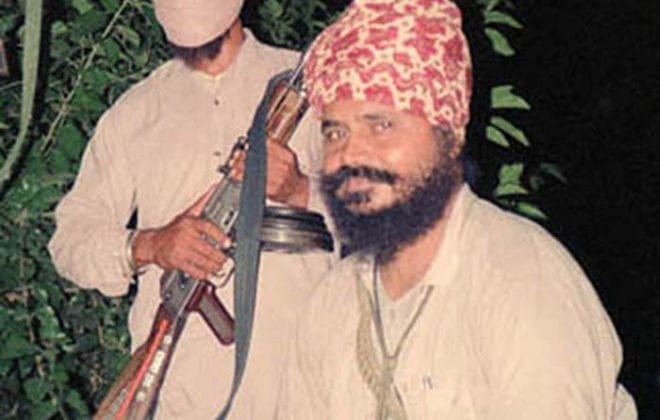