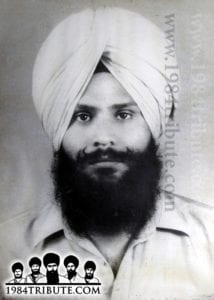 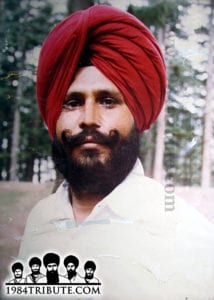 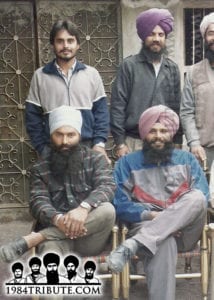 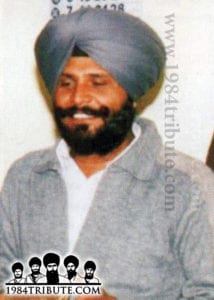 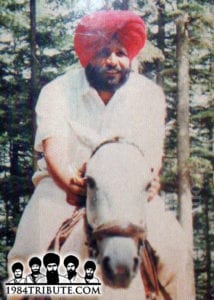 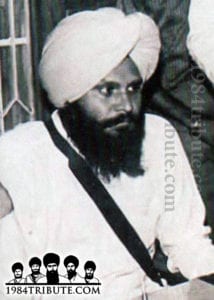 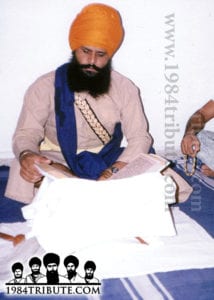 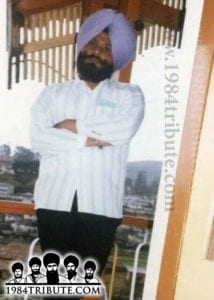 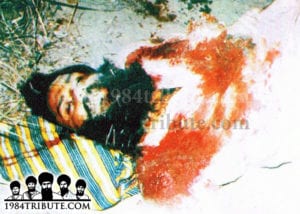 Sikh soldiers that fought against the oppression of Indian government, have given their lives defending the rights and freedom of Sikhs. Within the name of 20thcentury Sikh generals is the name of Shaheed Bhai Charanjit Singh Channi from the village of Talwandi. Bhai Sahib was born on 1stOctober 1958 in the house of Master Devraj Singh and from the womb of Mata Naseeb Kaur in the village of Talwandi, district Ludhiana. Little did the family know that this diamond of the panth will shine all over the world.

Bhai Sahib was youngest of 3 children, Bhai Lakhvir Singh and Bibi Simarjit Kaur. The whole family was supporters of Akali Dal and followed the Sikh religious path. Father of Bhai Sahib, Master Devraj Singh and Chacha Jathedar Jagdev Singh had been ministers of Akali Dal in Talwandi, but Bhai Sahib himself was not a big supporter of Shromani Akali Dal. After spending some time with Sardar Kapur Singh, Bhai Sahib realised that the Akali Dal can’t do anything to strip slavery of the Sikhs.

In 1981 Bhai Sahib married Bibi Harbans Kaur, daughter of Sardar Gurdial Singh of Gurdev Nagar in Ludhiana. Then in 1982 Bhai Sahib saw the birth of his son, Bhai Tarandeep Singh and once again in 1984, Bhai Manikaran Singh. Bhai Sahib then joined the Jatha of Sant Jarnail Singh Ji Bindranwale in 1983.

June 1984, the government of India attacked Sri Harimandir Sahib to quieten down the voice of freedom. Bhai Sahib was one of the singhs of the Khalsa army defending the Sri Akaal Takht Sahib. Bhai Sahib was controlling the bunker near Sri Akaal Takht Sahib, along with Dr Bhagwan Singh and Principal Bhai Mahinder Singh Pehlwan. From 4thto 6thJune Bhai Sahib showed his full bravery and fought like there will be no tomorrow. The Indian army showed no respect towards the holy place of the Sikh nation. After raining bullets on to Sri Darbar Sahib, the army bought in the tanks and dismantled the Sri Akaal Takht Sahib. When the rifles of Bhai Sahib, Dr Bhagwan Singh and Principal Bhai Mahinder Singh Pehlwan caused no damage to the tanks, the singhs followed the orders of Sant Jarnail Singh Ji Bindranwale, to vacate the Sri Darbar Sahib and carry the Sikh struggle forward. Many singhs went into the houses behind Sri Akaal Takht Sahib and changed into trousers and shirt. When the curfew was lifted for 2hrs, the singhs blended into the crowd and managed to escape.

On 2ndJune 1989, the police had enough and killed Bhai Sahib in a fake encounter, then the police prepared a report to be released in the newspapers. Instead of the police giving the shaheedi saroop of Bhai Sahib to his family, the police cremated Bhai Sahib themselves. The police was scared that if the body was given to the family, then that would generate more Khadku Singhs, but whenever a singh is shaheed, his thoughts remain alive. The Sikh nation will always remember such warriors like Shaheed Bhai Charanjit Singh Channi.