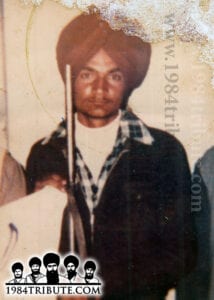 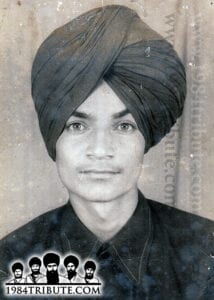 Bhai Amarjit Singh Bhola was born in 1963, in the house of Sardar Karnail Singh and from the womb of Mata Surinder Kaur, in village of Lashkari Nangal, near the Amritsar international airport. Bhai Sahib was the eldest of 5 children, Bibi Charanjit Kaur, Bhai Balwinder Singh, Bhai Avtar Singh and Bhai Harmeet Singh. into an everyday family of farmers in Punjab. Bhai Sahib studied up to 10th grade at the state school in village Khatrai Kalan.

From a young age, Bhai Amarjit Singh was very spiritual in nature and of a religious character. Upon finishing his schooling, Bhai Amarjit Singh went to Amritsar to study an IT diploma at Daya Nand College. It was during his time studying at this college that he made acquaintance with the All India Sikh Student Federation. Bhai Sahib, became very close with the Singhs in this organisation and would regularly attend Sri Harmandir Sahib to listen to Sant Jarnail Singh Ji Khalsa Bhindranwale’s sermons. It wasn’t long until Bhai Amarjit Singh was blessed to become closely associated with Sant Ji.

Bhai Sahib would visit Sri Darbar Sahib every Friday to listen to the speeches of Sant Jarnail Singh Ji Khalsa Bhindranwale and utilise his time doing selfless service. By this time, Bhai Amarjit Singh had completed 2 years of his diploma and was ready to enter the third final year. Bhai Sahib was also made the president of the local unit for All India Sikh Student Federation at the time.

Between the dates of 2nd and 3rd June, Bhai Amarjit Singh went to Sri Harmandir Sahib to meet Sant Ji. Unbeknown to him, it was at this time that the Indian army had enforced the curfew. Bhai Amarjit Singh had attended Sri Darbar Sahib along with some of his close fellow Singhs from his village. The atmosphere within Sri Darbar Sahib had quickly changed to that of battle and insurgence. A lot of the Sikh pilgrims were scampering to find a way out. Even Bhai Amarjit Singh Bhola’s fellow Singhs were on their way out and made a call to Bhai Sahib to leave with them. However, Bhai Sahib refused and exclaimed he is not about to leave the battlefield. “I will sacrifice myself and become a Shaheed”, he told them. Bhai Sahib reminded his fellow Singhs of Sant Jarnail Singh Ji Khalsa Bhindranwale’s words. Even having heard Bhai Sahib’s reminder, the Singhs still went ahead and left. Bhai Amarjit Singh Bhola remained and fought with the Indian army attaining martyrdom between 5th and 6th June 1984 within the Sri Harmandir Sahib Complex.

Information given by the family of Shaheed Bhai Amarjit Singh Bhola 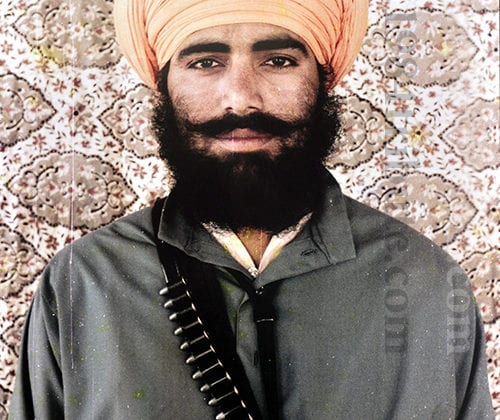 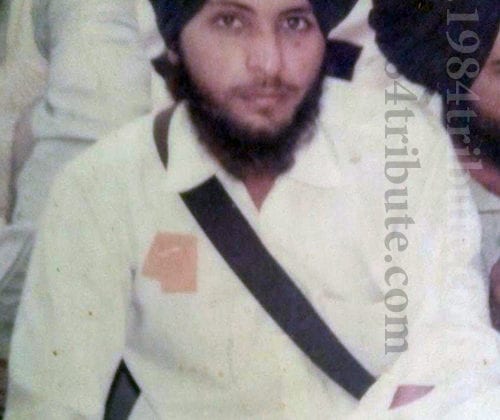 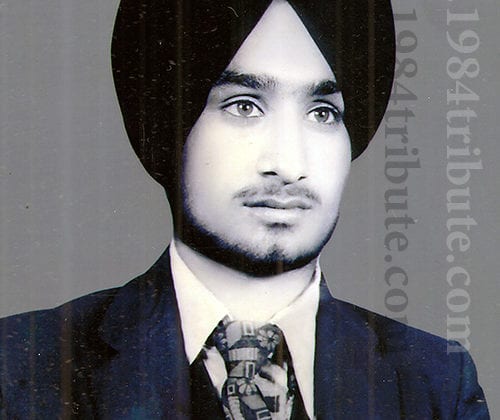