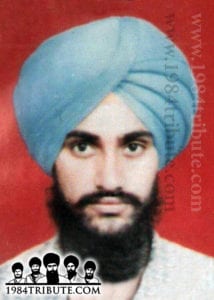 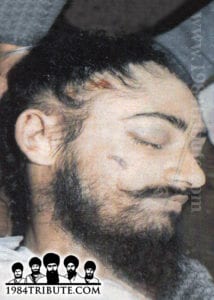 Bhai Mahinder Singh Fundi was born on 11th April 1969 in the house of Sardar Mann Singh and from the womb of Mata Pritam Kaur in Simbal Morh, Jammu. Bhai Sahib’s family was amongst the refugee families of Pakistan that settled in Jammu. But of 7 brothers and sisters, Bhai Sahib was the most knowledgeable and religious. As well as studying Bhai Sahib also helped his father with household responsibilities. Bhai Sahib was also very keen on learning history. Bhai Sahib use to make time from his busy household work and attend Gurmat Smagams and All India Sikh Student Federation conventions. Bhai Sahib always involved in almost every panthic projects in Jammu along with other Sikhs.

The Sikhs of Jammu arranged for a procession Nagar Kirtan to commemorate the Advent Day of Guru Gobind Singh. With some Sikhs carrying portraits of Sardar Satwant Singh one of the Bodyguards who shot and killed The Indian Prime Minister and Kehar Singh the uncle of Beant Singh the other Bodyguard who was involved in the killing, the procession was suddenly attacked with deadly weapons by a Hindu mob connected with the organisation Shiv Sena. 13 Sikhs were killed and about 100 wounded, some of them seriously. Several Gurdwaras were looted and set on fire that day. Sikh owned properties worth crores were burnt and destroyed. No one was ever arrested or punished for the killings even though the police were witness to the attack and murders.

On 13th January 1989 many Sikhs were mercilessly killed and many more wounded, this made Bhai Sahib return back to Punjab and did many actions here to punish the RSS, Shiv Sena and other Hindu extremists who were responsible for the Sikh massacre of 13th January 1989. After sometime in Jammu Bhai Sahib returned to Punjab, while in Jammu Bhai Sahib gathered many Jhujaru minded singhs and introduced them to the Jhujaru groups of Punjab.

On 2nd December 1992 Bhai Sahib and Bhai Baldev Singh were travelling from Nawashaher (Jammu) when the Indian security forces surrounded the singhs near the village of Tinda. The singhs had only one revolver between them, in fact the singhs were travelling to a location to arrange a shipment of weapons for the Jhujaru groups. Soon as the singhs came in the range of the Indian soldiers bullets were fired upon the singhs, Bhai Baldev Singh straight away attained shaheedi. Bhai Sahib took a position and continued to battle as long as he could with the revolver. When Bhai Sahib finished his bullets, he accepted the gift of shaheedi and swallowed a capsule of Sy-Nyde. This is how Bhai Sahib attained shaheedi and not came into the hands of the enemy alive.

Soon as the Sikh community of Jammu heard the news of Bhai Sahib’s shaheedi, they gathered in their thousands to take the shaheedi saroops of the singhs and give them a respectful cremation. The police were witnessing the numbers of Sikhs growing and the anger towards the Indian security forces was also growing, this made the police of Jammu worry and they gave the shaheedi saroops of the singhs to the Sikh sangat that had come. In their thousands t Sikhs made preparations to cremate the singhs at Simbal Camp crematory. The local Jhujaru Singhs did not care about the Indian security forces and attended the cremation to say their final Fateh to the fallen soldiers by firing bullets from their assault rifles into the air.

When we met the father of Shaheed Bhai Mahinder Singh Fundi, Sardar Mann Singh told us a story of Bhai Sahib from which we can feel the bravery and fearlessness of Bhai Sahib. Sardar Mann Singh said, “My eyesight was weak and i was very ill, that’s when Fundi came home to see me how i was, otherwise he would rarely come home. My son was a true lion, I don’t know how he became a victim of betrayal. Sometime before his shaheedi he had come to see me.”

“Fundi had just come into the house, he told me that a singh had come with him who had just recently joined the Jhujaru Singhs and was waiting outside the house. Within few minutes this singh came running into the house and said to Fundi, Paji the police is everywhere outside and our scooter is also surrounded by the police. Fundi looked at him in anger and said, don’t you know we have to drop Bhai Sahib off.”

“Maybe they had to pick up an important person on that scooter. Fundi told the singh to go to the base and he will meet him there with the scooter. Even though the singh and I myself tried to stop Fundi from going outside, he did not listen to us. He said his Fateh to me and somehow he got the scooter out of the hands of the police and managed to leave the village. The young boys standing on our street told me this.”

“After someone told me, that Fundi had sent the shipment and the person he had to come to pick up already. And it was from here when Fundi left with Baldev Singh that they attained shaheedi.” 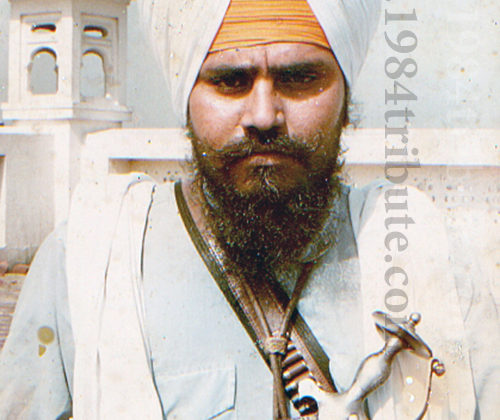 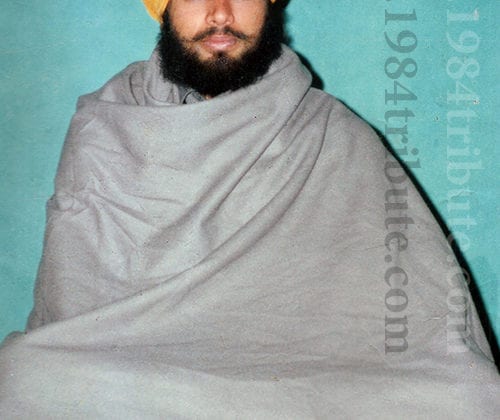 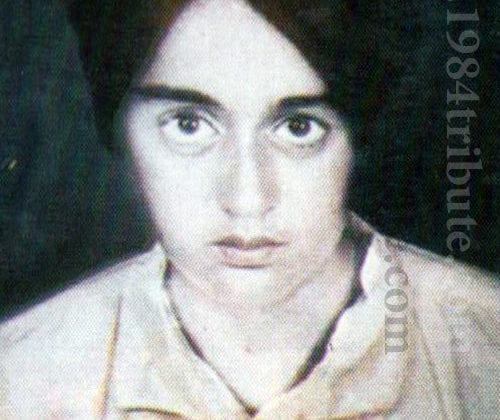