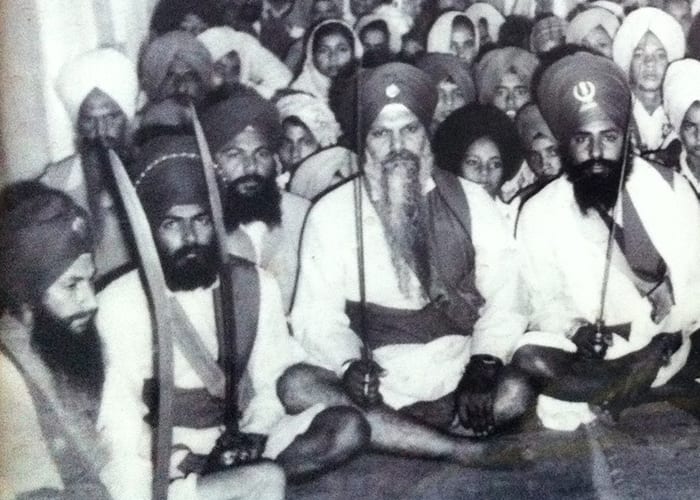 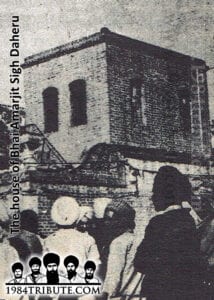 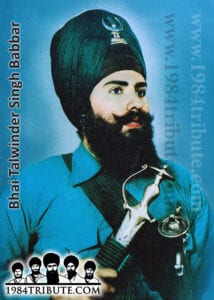 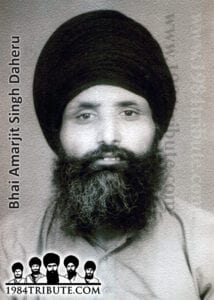 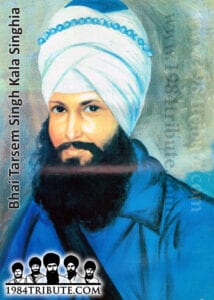 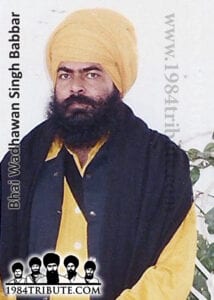 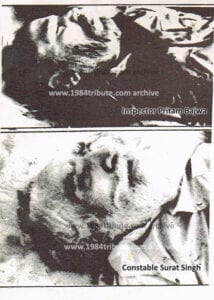 Police inspector, Pritam Bajwa along with his team of 1 or 2 constables hatched a plan to capture the Jhujaru Singhs of Babbar Khalsa, such as Bhai Tarsem Singh Kala Singhia and Bhai Talwinder Singh Parmar alias Canadian. By doing this off his own accord, Pritam Bajwa thought he would be promoted to the DSP rank by his superiors. Following his plan, Pritam Bajwa gathered few of the constables and headed towards the village of Daheru, near Khanna in search the Jhujaru Singhs of Babbar Khalsa. (This location and other information relating to Babbar Khalsa was attained from a man named Surjit Singh, from the village of Rampur Bishnoyian, district Faridkot. Surjit Singh had been arrested on 6th November 1981 in weapons case and through brutal interrogation he had given information to Pritam Bajwa which led him to the village of Daheru.) Surjit Singh was also made to assist Inspector Bajwa in his quest to capture the Babbars.

Upon reaching the Daheru village, the police inspector Pritam Bajwa and constable Surat Singh entered the house of Bhai Amarjit Singh and immediately started climbing the stairs of the house. Bhai Tarsem Singh Kala Singhia was sitting in a room on the first floor of the house (Chobara) and noticed Pritam Bajwa coming up the stairs. Bhai Tarsem Singh warned the police inspector to turn back and go away for the safety of his life. Inspector Pritam Bajwa and constable Surat Singh continued to march up the stairs, then a burst of bullets came from the room of the first floor and it killed both police officers on the spot. After this, all the Jhujaru Singhs of Babbar Khalsa left the village.

After this action, the Jhujaru Singhs of Babbar Khalsa had realized that all their plans had been exposed to the Punjab police. Other than this, the Punjab police had made ‘wanted’ adverts and posters of all the Jhujaru Singhs linked to Babbar Khalsa with their photos, names, addresses. These posters were plastered on walls across Punjab. In this poster, 13 Jhujaru Singhs were named and had a cash reward for their capture. (Sometime later these rewards were increased to 100,000 Rupees). Now all the Jhujaru Singhs of Babbar Khalsa went underground, Jathedar Talwinder Singh Babbar had reached Canada. Bhai Tarsem Singh and Bhai Wadhawa Singh used the Nepal border to go Denmark and then reached Netherlands. (Bhai Wadhawa Singh went to Pakistan after June 1984). Bhai Amarjit Singh Daheru reached Sri Darbar Sahib, Amritsar. (Bhai Amarjit Singh Daheru was then made a martyr in a false encounter on 19th July 1982 near Kapurthala). The 3 police officers who were also named in the FIR had also disappeared.

Khanna – on 19th November 5.45am the police raided a house in the village of Daheru, which is 4km away from Khanna and falls into the Ludhiana district. The police team were in search of culprits wanted for many crimes in and around Punjab. Upon confronting the culprits, and fierce encounter started in which Inspector Pritam Bajwa and Constable Surat Singh were killed. Head constable Ujagar Singh and constable Kesar Singh were seriously injured, who were admitted at Miss Brown Hospital in Ludhiana. Both their conditions are said to be critical.

The police had full information about Amarjit Singh Ramgharia’s house. On one side of the house is a railway line and on the other side is the village road. The police force surrounded the house at 5.45am and told the residents of Daheru village to stay within the cordoned area and to lock their doors.

We are informed at the time the culprits were sleeping. Amarjit Singh Ramgharia’s elderly mother, his wife, his 3 sons and 2 daughters were all in the house as well as the culprits. Police inspector Bajwa and constable Surat Singh knocked on Amarjit Singh’s door. The wife of Amarjit Singh who was in Nihang attire opened the door and as soon as she saw the police she started shouting. Then Inspector Bajwa and Constable Surat Singh stormed up the stairs as they could hear sounds from upstairs. The 2 police officials did not even reach the end of the stairs, the culprits who were armed with auto-carbines and 37 bore revolvers fired open Bajwa and Surat Singh who fell down from the stairs. After the police force waiting outside started firing towards the house. The culprits fired from the windows in turns and the exchange of bullets continued for 45 minutes.

‘CULPRITS HID IN THE SUGAR-CANE FARMS AND ESCAPED’

At roughly 7am, 8 men vacated the house from the back gate and ran into the sugar-cane farm. During this time head constable Ujagar Singh and constable Kesar Singh fired at these men, but none of the culprits were hurt. The rest of the police team were then alerted, the culprits then returned fired upon Ujagar Singh and Kesar Singh, after which they ran into the farms.

According to the police team, the culprits were wearing bullet proof jackets which were made in Canada, hence they occurred no damage from police firing. It is important to mention, as Ujagar Singh fell to the ground he grabbed the clothes of one of the culprits which resulted in the culprit being caught.

The police sent a message to Chandigarh to ask for the support of a helicopter, following this the government immediately sent a helicopter to Khanna. It is confirmed the culprits took a revolver and a rifle belonging to Inspector Bajwa and constable Surat Singh after killing them.

Police found bullets at the house which were similar to the bullets used to carry out assassinations in Kapurthala and Jalandhar. The police found a large stash of ammunition in the house of Amarjit Singh. Some of the police officers in the search team were same officers that went to Nepal to arrest Sucha Singh who had killed Partap Kairon.

The culprits that escaped from the Daheru village are:

50,000 Rupees Reward For The Capture Of Tarsem Singh

Director General Birbal Nath announced that whoever assists the police in capture of Tarsem Singh alias Sema, son of Labh Singh and resident of Kala Singhia (Kapurthala) will be rewarded 50,000 Rupees cash.

Tarsem Singh also wanted for the killing of Nirankari follower Prehlad Chand and his father Diwan Chand in Kapurthala. It is noted on the FIR that Tarsem Singh had been identified on the scene.

Bhai Sewa Singh and Bhai Gurnam Singh had subsequently joined Sant Jarnail Singh Ji Khalsa Bhindranwale and were martyred during the Battle of Amritsar in June 1984. This is believed to be the first action which gained Babbar Khalsa and its chief, Jathedar Talwinder Singh Babbar recognition and respect within the Sikh community. 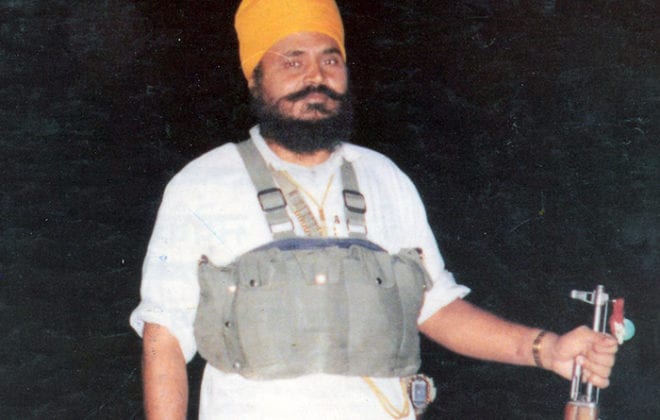 A Lesson from Baba Manochahal…. 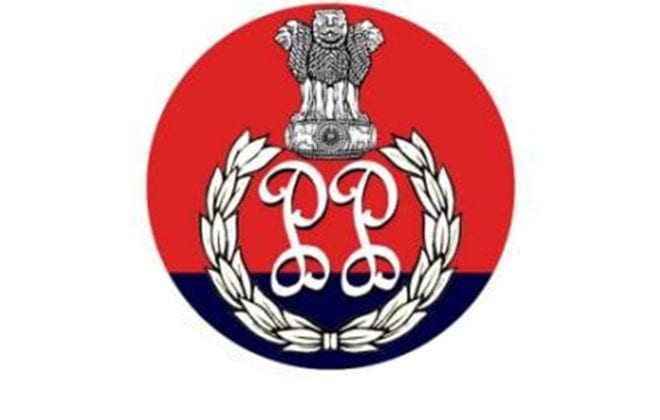