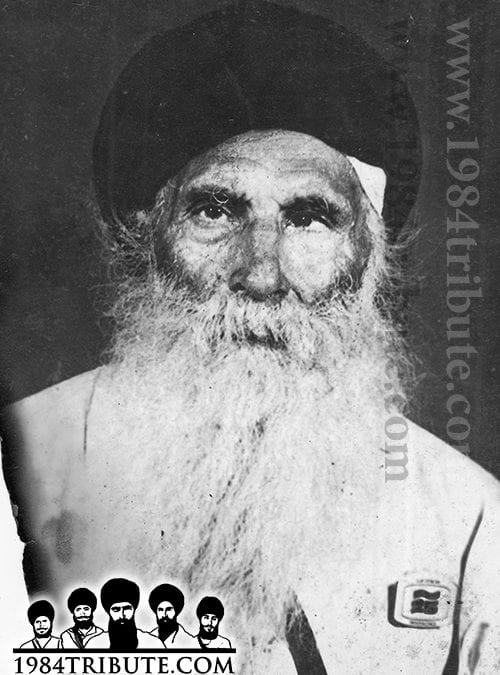 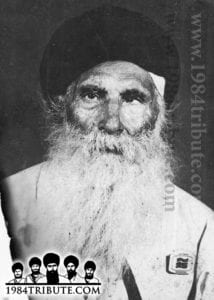 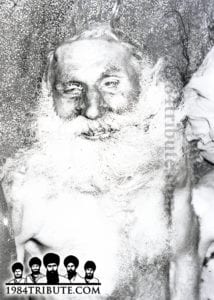 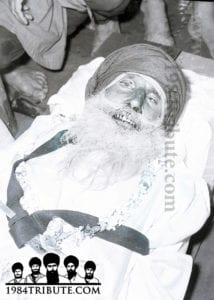 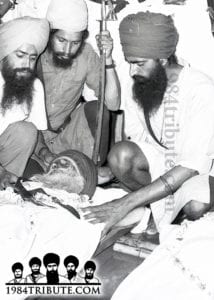 Shaheed Baba Darshan Singh was born in the village of Nawan Vaironangal in the Tehsil of Batala at the house of Sardar Achher Singh. At the time of Shaheedi his age was between sixty-five to seventy years old and he was religious minded from childhood. His mother and father were Amritdhari and he took Amrit at the age of ten. Even though he did not get much school education, he was very good at Gurmat education. He was a Nitnemi and an accomplished Akhand Paathi.

Afterwards he stayed at the Gurdwara Guriana Sahib, the historical Gurdwara of the sixth Guru in Vaironangal. There he stayed as a Granthi and did a lot of Sewa teaching many people Paath from the Guru Granth Sahib and made them into Akhand Paathis. He would only eat Bebek food prepared by his own hands and always kept a Sarbloh (iron) Simrana in his hands.

After doing Sewa at Guriana Sahib for about nine or ten years he moved to Dera Mehta. Here, Sant Kartar Singh Ji Khalsa appointed him Jathedar of the land of the Dera. He carried out this Sewa until the end. He also used to give his pension to the Dera.