Mr Chandar Shekhar Ji as being a Sikh and from a Khadku Jathebandi, we would like to inform you that this great nation of Sikhs have always fought steady against the evil governments dirty tricks and we have continued the tradition of one Sikh being able to take on 125,000 enemies.

All Prime Ministers who have come before you and are alive know this bitter truth. The ex-governor of Punjab will be able to tell you his bitter experience, if you still don’t believe him then feel free to ask the senior and junior officers of Punjab police, CRP, BSF who will be able to provide you with the information, who have opened up interrogation centres that will give you goose-bumps. They will be able to tell you that there are many great warriors like Bhai Mati Das Ji, Bhai Sati Das Ji and Bhai Dyala Ji who are still alive in this day and age but the only difference is their names.

The Sikh youth are being cut up limb by limb, their bodies burned with iron rods, scalding their bodies in boiling hot water, having their nails removed with pliers, having their hair tied to the ceilings and having their scalps removed, according to Baba Deep Singh Ji’s tradition, they lay their lives on the line and fight on the battlefield. You can easily get all detailed information from the Punjab security forces and from the evil Punjab Police.

On the other hand the priceless Gems other than that they have faced allot and are proud of the traditions started by our ancestors. For the current struggle that the Sikhs are facing, we have shown our respect by standing by the decision of attaining Shaheedi for the Sikh religion. During the tough action in Operation Bluestar, you still couldn’t install fear into the hearts of the Sikhs.

Mr Chandar Shekhar, you should fully understand that the Sikh Kaum has inherited their historical culture, and traditions from their ancestors. In our childhood during bedtime, we weren’t told stories about birds and crows or cops and robbers, instead we were told about our great and pure saints, our warriors and the history of our Guru Ji’s. Being in Guru Gobind Singh Ji’s lap, we grew up listening to the shabads. The rulers of this land are made from mud and have no soul. Their insides are empty. We do have love within us but sometimes we have to put a stone on our hearts and do what is right.

We are in love with hearing the history of our elders, but we also apply it to our own life. We experience the history for ourselves and make the world realise our presence. The cruel government powered by majority of evil men shined, when they tried to finish the Sikhs off but now the minorities in every corner of this country have recongnised their identity and their bravery. We have raised our weapons and stood against the looting, killings and rape done by the government. Your dirty tactics and your government that is built on lies will not last very long.

After the attack on Sri Harmandir Sahib it has deeply affected the Khalsa Panth, our biggest challenge is to understand our own identity and to make it better. The truth of Gurbani and the experiences of the Khalsa were attempted to be destroyed on one platform by the government but we have seen and are aware of your cowardly tactics to erase us

Truth is that sometimes Machiwara jungles, the foundations of Sirhand and the land of Mukhatsar wake up the sleeping lions and leave them surrounded in riddles asking, “Guess what am I? and what is the intensions behind everything that is happened around us? What is your relation with Sri Harimandir Sahib and that the turban you have on your head, do you still consider it your pride and honour? If this is pride and honour then what is the value of the Sikh sisters who have lost and are still losing their respect by these anti-Sikh yobs and what is the value of the innocent Sikhs who were killed in the genocide in Delhi, Meerat and Lucknow by these anti-Sikh yobs?

These questions aren’t just ordinary questions, they only come with unique opportunities, but once a person understands the answer behind the question, then that person is never able to sleep again. If a human who has a little bit of humanity, then that human loses its courage and is filled with the feelings of disappointment. The person is able to realise how true his pain is and how deep it is, when that person spends his nights of very hot June-July outside in the farms. The pain of the attacked done by your army on our beloved Sri Harimandir Sahib, will never be felt by your heartless and Hindu government.

But the sights of the Khalsa are true and pure, the Khalsa’s eyes have realised that the Sikh nation needs a big change, they have fully understood their history and this is the reason that on the 26thof January 1986, the whole of Sarbat Khalsa was invited to Sri Akaal Takht Sahib and according to the Gurmat tradition an announcement was made that put us on the road to Khalistan. This path is not chosen by the Khadku Singhs alone, it’s given to us by the Sarbat Khalsa, it is our duty to walk on that path and by walking on this path we will be graced with Guru Ji’s blessings.

Your way is different you want to suppress people and don’t want them to stand up and voice themselves. You have different rules for Sikhs, different rules for Muslims and different rules for the Brahmins. The Brahmin has a right to disagree, for example the Babri Masjid. But if we do the same then we get shot with bullets, we get killed in fake encounters, our clothes get taken off, we are stripped from our 5 Kakkars are then interrogated and mercilessly tortured while being naked.

When a slave nation that has glory in their blood decides to stand up against injustice and walk with their head up high, that nation then achieves freedom. When 80 crore people stand up against a nation that is small in numbers and try and eliminate their historical existence then it is righteous to pick up arms and fight back. In these circumstances you expect us not to ask UNO or other countries for help, are we meant to sit around doing nothing and getting beaten up? With our turbans being taken off and someone’s innocent son being killed are we meant to live like nothing has happened, what would be the point of us even living? Why is it when we wish to keep good relations with our neighbouring countries or ask for Khalistan that the Indian government aren’t able to tolerate it? We have borrowed the idea from yourselves of keeping good relations with your neighbouring countries.

The Indian government thought the Jhujaru movement was just a handful of Sikhs but they realised that after. Beside the government cronies killing innocent Sikhs, they burnt and destroyed Sikh libraries, Sikh gurudwaras and attack our culture and history. Can you tell me the definition of what handful means? For the past 12 years thousands of singhs have been made Shaheed, thousands of singhs are falsely accused and have no cases registered against them, thousands of singh behind bars, thousands are on the battlefield and these thousands are supported by millions. If we are just a handful of people then why is it that our voices are reaching the American Parliament? Why is it the human rights organisation doesn’t see our nation as a handful of people? Why is it that for the past 10yrs the Indian government is appealing to 80 crore Indians to unite against the Khadku Jathebandi and what is the reason behind, why the whole of India hasn’t been able to finish off a handful of Khadku Singhs? Not taking this far I think it would be appropriate to tell you that from the birth of Sri Guru Nanak Dev Ji until this day the Sikh nation has faced all types of injustice and we have fought back bravery. Just to give you an example, Babbar’s grinding stones, Jahangir’s hot plate, Aurangzeb’s injustice circle, Sri Guru Tegh Bahadur Ji giving up his head and standing firm on his principles, Zakhriya Khan, Meer Manu and the English rule in which we contributed in freeing India. Your government can’t even compare an inch to that.

Be wise and think about the issues of the Sikh Nation, maybe then you’ll find the answer to your question whether we can live with Hindustan or not?

The servant of the Guru Panth 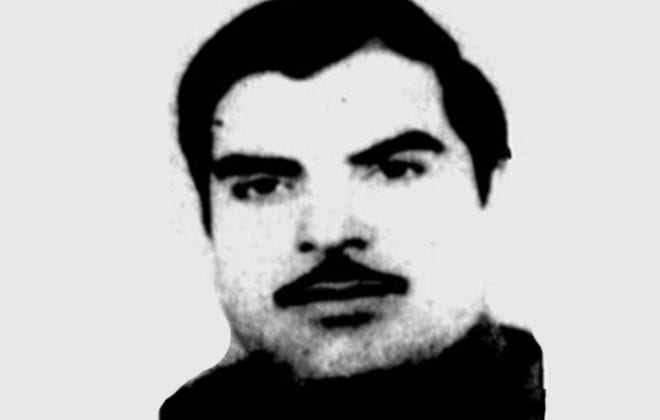 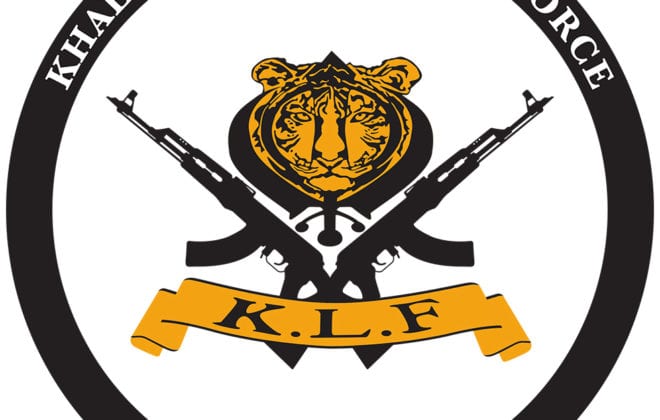