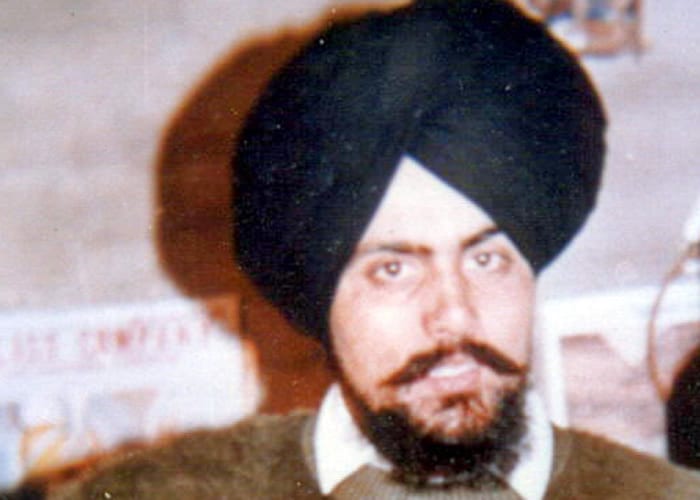 On June 8th, 1992 the police received information that Surjit Singh Behla , Madan Singh Maddi alias Sukhdev Singh alias Chhota Behla s/o Santokh Singh r/o Behla, self-styled Deputy Chief and Lieutenant General of Bhindranwale Tiger Force of Khalistan (BTFK), a Sikh militant outfit was holding a meeting with other terrorists and planning to commit a major terrorist crime. A police party with officers of 91 Bn and 102 Bn CRPF cordoned the village Behla. When the police were searching the first floor of the house of Manjinder Singh Behla the terrorists, who were hiding inside the house, opened fire and killed HC Jarnail Singh and LC Harjit Singh 4160/TT. Constables Pargat Singh & Som Datt and Kalash Chander were injured.

Nine persons were killed at village Behla in the course of an encounter on 8-10 June 1992. Out of these nine, three were militants and six were villagers unconnected with the militancy that the security forces used as human shields to storm the house in which the three militants were hiding. The body of one person killed in the encounter remains unaccounted for. The CCDP’s (Committee for Coordination on Disappearances in Punjab) investigation took it to the homes/ families of 8 of these 9 persons and other eye-witnesses in the village. On 8 June 1992 morning, a large mixed force, comprised of the Punjab police led by SSP Ajit Singh Sandhu and Khubi Ram, SP (Operations), and units of the army and paramilitary, surrounded the old and abandoned house of Manjinder Singh, a former member of the Punjab Legislative Assembly, in village Behla. Apparently, the house was being used as a hideout by militants associated with Surjit Singh Behla. One of his associates, 18 year old Sukhdev Singh Maddi. Santokh Singh, was also from Behla. After completing his matriculation, he had started working in a Sugar Mill at Sheron. The police often illegally detained and tortured his elder brother Kulbir Singh for information because of their suspicions of his having militant connections. Sukhdev Singh was unable to tolerate this injustice done to his brother and decided to become a militant himself. Later on, his father Santokh Singh was abducted and disappeared by the police. The third associate of Surjit Singh Behla was Harbans Singh, from Sarhalli in Tarn Taran district.

Before storming the house, the police officers decided to round up seven or eight villagers to walk in front of the police force and to act as human shields. The following are the names of the six of those who got killed in the course of the operation that followed:

The police randomly selected these people, and this had nothing to do with suspicions of their possible involvement in the militancy. For example: Ajit Singh, from Behla village in Tarn Taran, was a 60 year old man married to Pritam Kaur with seven children. He owned a horse driven cart and was employed by a brick kiln owner to transport bricks to his clients. He had no political or militant association, no criminal background and no enmity with anyone in his village.

Ajit Singh had that morning carried a cartload of bricks to the house of Niranjan Singh when the police came and forced him along with Niranjan Singh and his sons to be part of the front column.

Niranjan Singh, a 55 year old farmer, was married to Balwinder Kaur and had three sons and a daughter. He was a devout Sikh unconnected with any political or militant organization and took care of his family by cultivating three acres of land and selling milk from his buffalos. Twenty-five year old Sakatter Singh was Niranjan Singh’s son. He used to help his father with the agricultural work and was married to Sharanjit Kaur with two daughters. He had never been arrested before and had no political or militant connections.

Sakatter Singh died in the police operation. His younger brother Sukhchain Singh, also included in the front column, managed to escape after getting seriously wounded. Twenty year old Lakhwinder Singh, the youngest son of Channan Singh and Gurmej Kaur, had no political or militant associations or record. He was watering his fields when the forces picked him up and compelled him to walk in front of them as a human shield.

Kartar Singh, a 62 year old farmer, was married to Iqbal Kaur with four adult children. He also had no record of a political or criminal past.

After entering the house, the security forces discovered that it had a basement but no door to enter it from inside. They started demolishing the floor that was also the celler’s roof. When the militants holed up inside opened fire, the police pushed these six villagers to the front, and using them for cover, fired back. All of the six persons who have been named died in this situation. Two others got seriously injured. The encounter lasted around 30 hours. Three militants, holed up in the cellar who also got martyred, are:

In the evening of 9th June, the police extricated the bodies of all the people who had been killed in the action without bothering to distinguish the militants from the others who the police had used as human shields. The next morning, the police told the press that they had killed nine militants in the action. In the aftermath, several newspapers published stories questioning the police claims and explaining how the 7 unconnected villagers had been pushed into the jaws of death. Two others, wounded in the course of the operation, had been abandoned by the police to their own resources to obtain medical help. Embarrassed by the publicity, the Punjab government later announced an inquiry, which was, however, never carried out.

The police cremated all the bodies at Tarn Taran on 9 June 1992, labeling them as “unidentified/ unclaimed”, though the family of Ajit Singh attended the cremation. Other families were not allowed to attend. 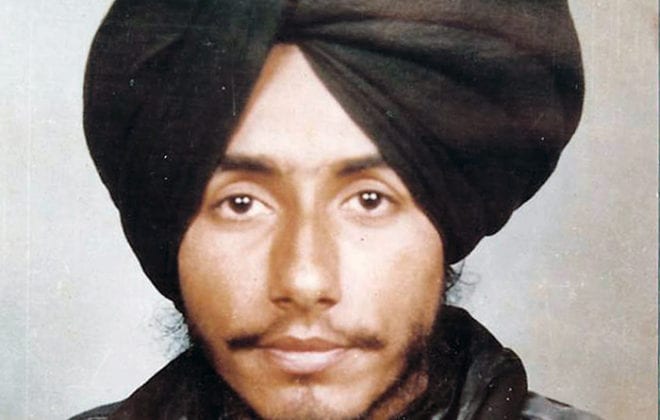 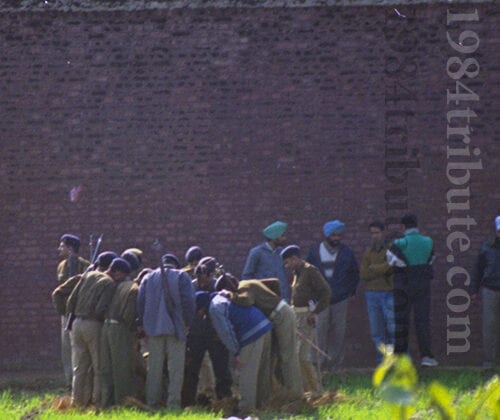