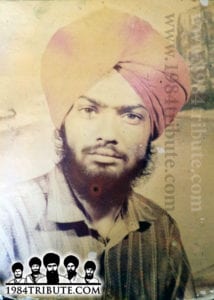 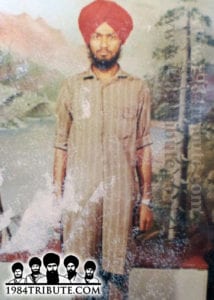 Sikhs have always lived freely and have never oppressed others but when the government of India tried to oppress the Sikhs and deny them from their basic human rights the Sikhs had no choice but to fight for their freedom. Many young Sikhs preferred to die on their feet then to live on their knees as slaves. It is amongst these brave warriors of the Sikh Freedom Movement the name of Bhai Resham Singh Rata Khera is mentioned.

Bhai Sahib grew up loving Sikhi and when the Indian Government attacked Sri Harimandir Sahib in June 1984, Bhai Sahib saw how innocent children, women and elders were massacred. Even after the attack the genocide that followed in Delhi in November 1984 where innocent Sikhs were burnt alive and women were gang raped. This genocide continued onto the streets of Punjab, young Sikhs were targeted and killed in false encounters. All these injustices upon the Sikh people made the young Sikhs rise and defend themselves and their Sikhi with arms. Sikhs now wanted a free homeland in which Sikhs would have an identity and would not be massacred, the name of this homeland was Khalistan.

Bhai Sahib started meeting the local Jhujaru Singhs and it was during the years of 1987-1988, when Bhai Sahib fully became active in Jhujaru actions. Bhai Partap Singh from Sadarwala, Mukhatsar was a relative of Bhai Sahib. These two cousins left home together in March 1989, as the police made it difficult for them to stay at home. Their names were regularly mentioned in actions, Bhai Sahib would take responsibility under the command of Bhai Wassan Singh Zaffarwal’s Khalistan Commando Force. In the village of Kabarwala near Malot, Bhai Sahib and Bhai Partap Singh were both involved in the train action.

In the end, the day came which every Jhujaru Singh awaits, the day of Martyrdom. On the night of 13th August 1990, Bhai Sahib and Bhai Partap Singh Sadarwala were in the village of Behlewala in the Ferozpur area. These two Singhs were involved in a fierce encounter with the Indian security forces at a nearby drainage bridge. If the Singhs were surrounded due to an informant or just by sheer coincidence, we still do not know. In this lengthy encounter both Singhs attained Shaheedi and wrote their names in golden ink on the pages of Sikh history. The locals say many police officers were killed in this encounter and that this encounter lasted for many hours.

The Shaheedi saroops of both Singhs were not given to their families, the news of Bhai Sahib’s Shaheedi came out quiet late also. On 2nd October 1990, a Sri Akhand Paath Sahib was held in the village of Sadarwala for the Chardikala of both Shaheeds. At this Sri Akhand Paath Sahib, Baba Thakur Singh of Dam Dami Taksal, Sardar Simranjit Singh Mann, Bhai Dhian Singh Mand and thousands of Sikh Sangat attended to give their respect to the fallen soldiers of Khalistan. The photos of both Singhs were put up at the Sadarwala Gurudwara and a Nishan Sahib was also put up in their memory. 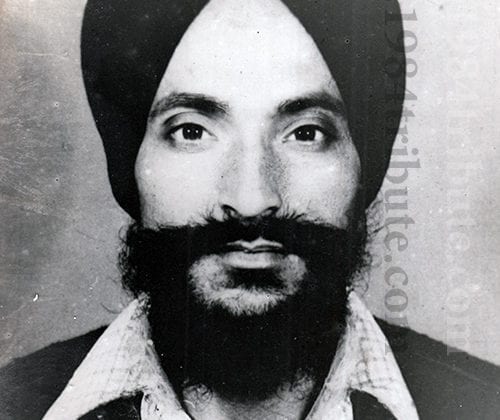 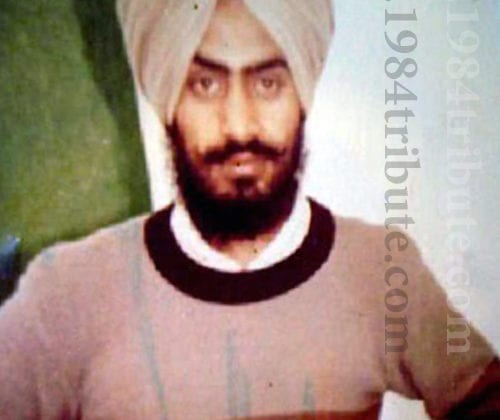