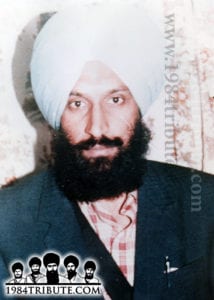 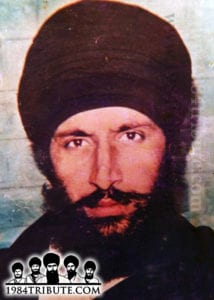 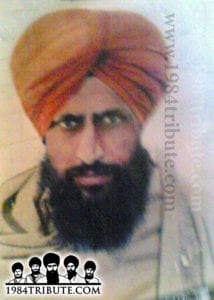 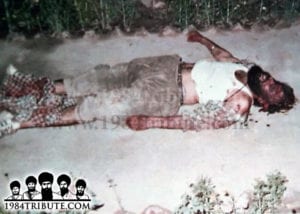 Bhai Kulwant Singh Gumty was born in the Gursikh farming family of Sardar Surjit Singh and from the womb of Mata Gurdev Kaur in December 1963, in the village of Gumty Kalan. Bhai Sahib spent his whole childhood at his home village Gumty Kalan.

In one case a police informant also from the village of Gumty was giving information to the police of families that helped the Khadku Singhs, in this case Bhai Sahib. Some Sikh families were helping Bhai Sahib with food, money etc, and the police came to village Gumty and started harassing and torturing families that had helped Bhai Sahib. When Bhai Sahib found out about this informant, he dressed up as a police officer and knocked on the informant’s door. When the dog opened his gate, he thought a big police officer had come to ask for information about some more Khadku Singhs from the area but instead it was Bhai Sahib. Bhai Sahib shot the informant in the mouth and killed him instantly. The informant was shot in the mouth because, with that mouth he had got many Sikh families tortured and even killed.

Bhai Sahib was also punished the brutal SSP Sharma of Bathinda, who was known amongst Sikhs in brutally torturing and killing Sikhs. The police feared Bhai Sahib so much, that Bhai Sahib sometimes used to walk into police stations and the police used to provide him with shelter and food.

Bhai Sahib was very dedicated in his panthic sewa, the Liberation Tiger Force of Khalistan might have been small group but was a very dangerous group that worked with Khalistan Liberation Force in many actions.

Shaheed Bhai Kulwant Singh Gumty was a top Khadku Singh, who had gave his life for the Sikh panth, Parnam Shaheeda Nu.

Information given by the family of Shaheed Bhai Kulwant Singh Gumty 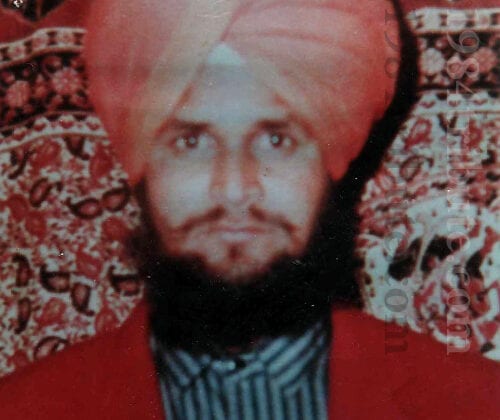 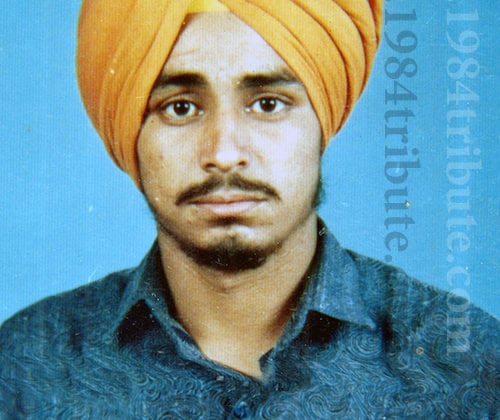