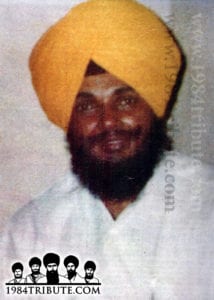 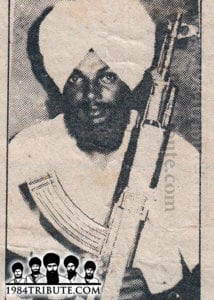 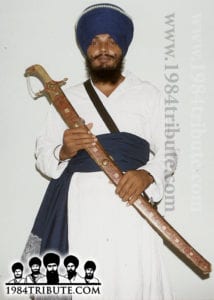 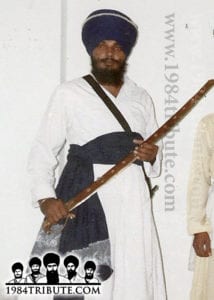 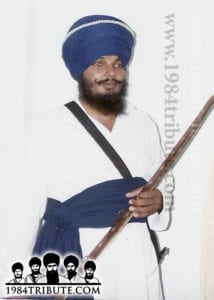 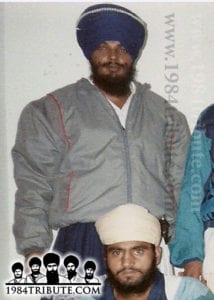 Bhai Kuldeep Singh Fauji was born in the village of Bham, district Batala, in the house of late Sardar Dalbir Singh and from the womb of Mata Gurnam Kaur. Bhai Sahib studied up till 5th class at the local school of Bham village and then Bhai Sahib passed metric at a private school in Ajnala. Sant Kartar Singh Bhindranwala and then Sant Jarnail Singh Bhindranwala regularly came to Bham village to do Gurmat Smagams. It was due to these smagams Bhai Sahib remained attached to Sikhi from his childhood. At the time of 1978 Vaisakhi massacre of Amritsar, where 13 Singhs were killed by Narakhdharis, Bhai Sahib was only 9 years old, but the Jhujaru mind and soul of Bhai Sahib had matured. In 1978, Sant Jarnail Singh Ji Khalsa was in Bham village doing Gurmat smagam, the Narakhdharis also came to this smagam with a full truck. When Bhai Sahib got this news, he and another 2 youngsters went to Sant Ji and informed the Jatha on the Narakhdhari activities. Sant Ji had given Singhs the green light to wreck and burn the trucks the Narakhdharis were travelling on. In the young age, this was Bhai Sahib’s first action.

Upon escaping from BSF custody Bhai Sahib called a press conference and told his story. “I met Sant Jarnail Singh Ji Bhindranwale in 1982 and after joined the Jhujaru Singhs of Babbar Khalsa. Whilst with Babbar Khalsa I did many big actions, on 11th November 1991 I myself, Bhai Mukhtyar Singh Mundaria and Bhai Rashpal Singh Shahpur were arrested near Jammu Kanua as we returned from an action of the Jathebandi. I was not correctly identified until 28th November 1991, because I had a fake identification card in the name of Gurdeep Singh. I was blindly tortured and electrocuted. The torture would stop when I would fall unconscious. On 28th November an informant confirmed with the police that I was actually the Kuldeep Singh Fauji of Babbar Khalsa. I was continuously asked for information of other Jhujaru Singhs and locations of weapons. I was given many offers to turn Bhai Sukhdev Singh Babbar in. When I refused all the bribes, I was taken to 33 Battalion of CRPF in Jalandhar, even here I was non-stop tortured.” Bhai Sahib also exposed the Indian security forces by stating that many Jhujaru Singh that they had claimed had escaped or attained Shaheedi were actually being kept in similar Head Quarters of the BSF. When Bhai Sahib was asked how he managed to escape, Bhai Sahib answered, “On 23rd March 1992, at 4.30am one of the CRPF soldiers sympathised with me and with his help I escaped.” 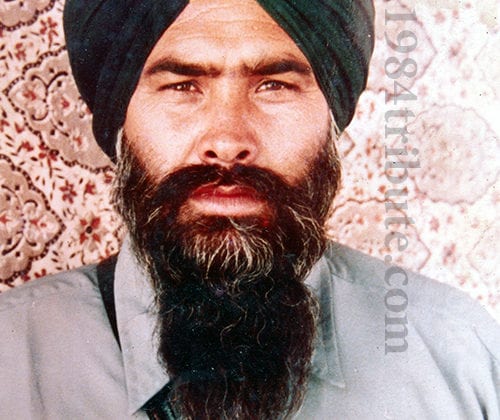