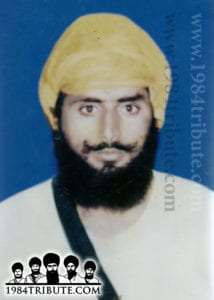 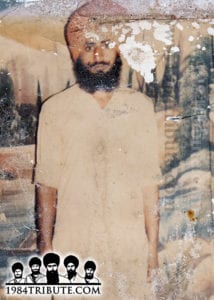 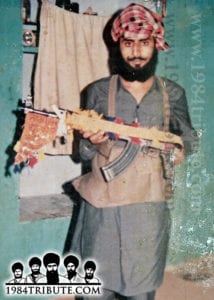 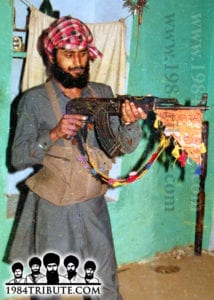 Bhai Kabal Singh was born in the year of 1965, in the house of Sardar Massa Singh and from the womb of Mata Gurmej Kaur in the village Bhindi Aulakh, near Chogwan. Bhai Sahib was the second eldest of 6 brothers and 1 sister, Bhai Balvir Singh, Bhai Kabal Singh, Bhai Gurmeet Singh, Bhai Balwant Singh, Bhai Bachittar Singh, Bibi Ranjit Kaur and Bhai Gurbaksh Singh. Sardar Massa Singh’s whole family were Gursikhs and he provided for his family by farming. Bhai Sahib studied up to 10th class at the government school of Bhindi Aulakh. Bhai Sahib was very clever in his studies and always passed his exams with excellent results. From his childhood and due being part of a Gursikh family, Bhai Sahib had principles and values in line with Sikhi. After passing 10th class, Bhai Sahib started taking on family responsibilities of farming. After sometime, Bhai Sahib got a job in a bank in Raja Sansi. Bhai Sahib did this bank job with all honesty and commitment.

It was during this time Bhai Sahib came in contact with local Jhujaru Singhs. Bhai Sahib always had an interest in the Sikh struggle since the Dharam Yudh Morcha, but he wanted to be a part of it since the attack on Sri Akaal Takht Sahib, in which many innocent Sikhs were massacred. Bhai Sahib started doings Jhujaru actions in secret under the command of Bhai Major Singh Khadra (Khalistan Commando Force Panjwar). From here on, Bhai Sahib did Jhujaru actions in high spirits and with courage. Bhai Sahib active in his area. Bhai Sahib had punished many killers of innocent people. Bhai Sahib also took the responsibility of many Jhujaru actions. Once Bhai Sahib left home, he never looked back. Bhai Sahib’s family only found out about his martyrdom through a newspaper.

In the end on 26th May 1991, Bhai Sahib was staying at someone’s house in Ropar. Bhai Sahib was armed and with his Jhujaru brother, Bhai Kabal Singh Nikku (village Dhandal). A police informer had reported these Jhujaru Singhs to the local police team. Within a short space of time, the house in which the Jhujaru Singh were in, was surrounded by Punjab police and CRPF. Soon as Bhai Sahib saw the enemy, he started firing his assault rifle and a battle ensued. Bhai Sahib fought from the house and Bhai Kabal Singh Nikku had moved into the nearby farms and fought the battle from there. This fierce battle continued for just over 9 hours. Both Jhujaru Singhs fought with bravery and shouting war cries of Bole So Nihal Sat Sri Akaal, Khalistan Zindabad. In the end, both Jhujaru brothers attained martyrdom and after the police identified both bodies, they cremated the Jhujaru Singhs at a nearby cremation grounds as orphan bodies. 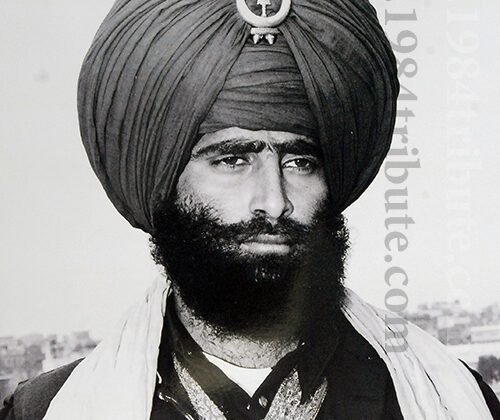