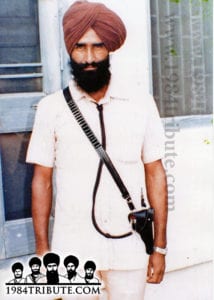 There is nothing wrong in calling the Sikh history, the history of martyrs. The tradition of sacrifice and martyrdom has remained within Sikhi since the time of Dhan Guru Arjan Dev Ji Maharaj, who is known as the king of martyrs. Martyrdom makes the person the sword and the shield of the nation and religion. It is these martyrs that become the pride of country, religion and nation. A ‘Martyr’ is free from fear and confusion. The martyrs look at fear, attachment, money, anger and greed as parts of confusion. In Vaar 3 Pauri 18, Bhai Gurdas Ji says:

Only by becoming dead in life, totally detached, and not through mere verbal jargon one can become a true disciple. One could be such a person only after getting sacrificed for truth and contentment and by eschewing delusions and fears. The true disciple is a boughten slave who is ever busy in the service of the Master. He forgets hunger, sleep, food and rest.

In the struggle started by the Sikh nation since 13th April 1983, many sacrifices were made and many became martyrs, there was only one reason for all these sacrifices, it was to break the chains of slavery which stopped the Sikhs of India to prosper. Amongst these martyrs was Bhai Harbhajan Singh Mand, who for the wellbeing of the Sikh nation, gave his martyrdom.

Bhai Harbhajan Singh Mand was born on 8th Saun 1962, in the house of Sardar Ajaib Singh and from the womb of Mata Gurbachan Kaur in the village of Sedha Ravel, district Ferozpur. Bhai Sahib had 4 brothers Bhai Gian Singh, Bhai Dhian Singh, Bhai Satnam Singh and Bhai Lakhwinder Singh. From his childhood, Bhai Sahib was a person of honour and dignity. Bhai Sahib as a child wanted his name added to the Sikh history. Bhai Sahib was from a poor family and the family only had 2 acre of land, due to which running the household was very hard. At the age of 15 years, Bhai Sahib joined the army. Bhai Sahib remained in the army for 4 years and after came in contact with Sant Jarnail Singh Ji Khalsa Bhindranwale and here he took Amrit from the Panj Pyare and joined the army of Dhan Guru Gobind Singh Ji Maharaj along with other Jhujaru Singhs. Bhai Sahib did many big actions for the Sikh Freedom Movement and punished many anti-Sikh elements. 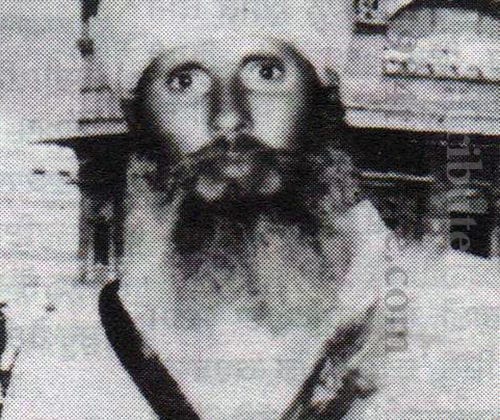 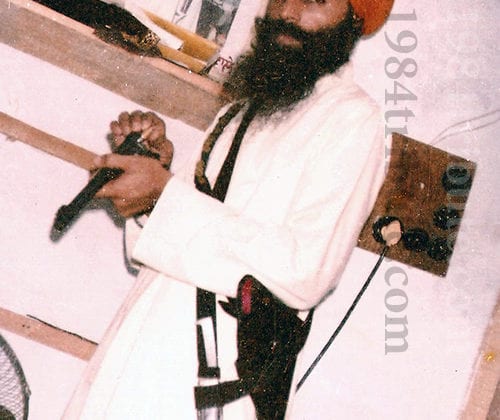