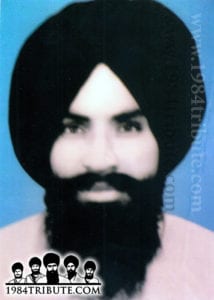 There is a village near Jalalabad by the name of Vairoke. There was a great Sikh young man who dearly loved Sikhi and attained martyrdom defending the true values of Sikhi. Bhai Gurdeep Singh was born from the womb of Mata Gurdyal Kaur and in the house of Sardar Gurbachan Singh. After passing 10th class, Bhai Sahib took on the responsibility of his family farms. Short time after Bhai Sahib had his Anand Karaj. During his family life, Bhai Sahib had 2 sons take birth in his house.

Now a new battle had taken birth on the land of Punjab. When Sant Jarnail Singh Ji Khalsa Bhindranwale had started the movement for the freedom Sikh homeland, Bhai Sahib automatically became a part of the struggle. After becoming the member of All Indian Sikh Student Federation, Bhai Sahib did selfless service of the Sikh nation with upmost honesty and bravery. In the year of 1984, when the Indian government that always favoured the extremist Hindus had put a ban on All Indian Sikh Student Federation unit. This ban was made to stop the strengthening of Sikh youth across Indian. The Singhs gave a reaction to this action by burning 37 railway platforms at the same time. In the case of burning the railway platform in Fazilka, Bhai Waryam Singh Khappian Wala’s name was written in the FIR and after this Bhai Sahib had left home permanently.

Many Jhujaru Singhs who were wanted by Punjab police, and most of them stayed at a Gurudwara on the outskirts of Jalalabad. Short time before the attack on Sri Darbar Sahib, these Jhujaru Singhs went to a Gurudwara in Mukhatsar as the Gurudwara on the outskirts of Jalalabad was off the main road and was not a suitable place that could be defended against the Indian army.

Some days later, when the news came that Bhai Waryam Singh Khappian Wala was in the custody of the Indian army and the person who had attained martyrdom was in fact Bhai Gurdeep Singh of Vairoke village, the family of Bhai Waryam Singh went to Vairoke and told Bhai Sahib’s family to hold a Sri Akhand Paath Sahib for Bhai Sahib’s martyrdom. 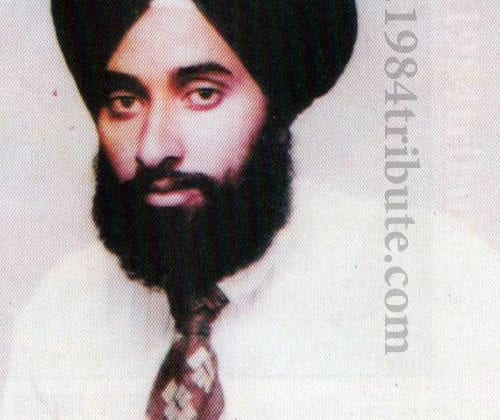 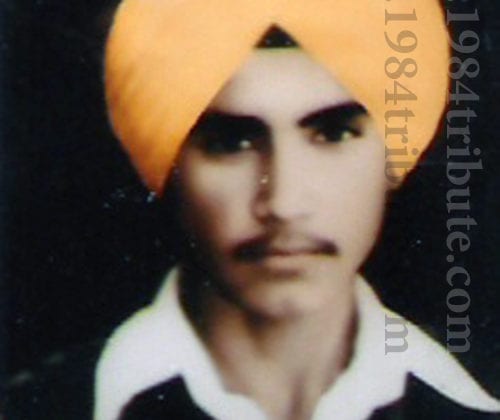