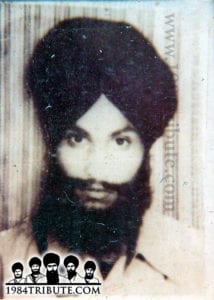 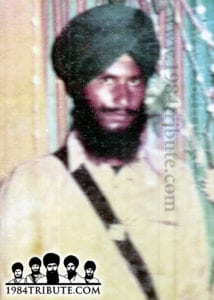 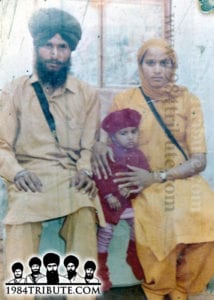 Bhai Dharamjeet Singh was born in the year of 1956, in the house of Sardar Tehal Singh and from the womb of Mata Charan Kaur in the village of Wadala Bangar, near Kalanaur, district Gurdaspur. Bhai Sahib was the fourth eldest of 6 children. Sardar Tehal Singh was a farmer. Bhai Sahib studied up to 10th class at the government school of Wadala Bangar. From childhood, he was an Amritdhari Singh and was attached to Gurbani. After his studies, Bhai Sahib started work at the Electricity Board of Batala. In the year of 1980, Bhai Sahib had his Anand Karaj with Bibi Rajwant Kaur, from this marriage Bhai Sahib had 3 daughters.

In 1981, when the Dharam Yudh Morcha started, Bhai Sahib also got involved and did much as he could in this movement for Sikh rights. Bhai Sahib would regularly go to Sri Darbar Sahib to listen to the speeches of Sant Jarnail Singh Ji Khalsa Bhindranwale. Bhai Sahib looked up to the adored the great and pure personality of Sant Jarnail Singh Ji Khalsa Bhindranwale. In June 1984, Sri Harimandir Sahib was attacked, in which the Indian army demolished the Sikh throne, Sri Akaal Takht Sahib. This was a big desecration of Sri Akaal Takht Sahib. This attack had a deep impact on Bhai Sahib, he saw this attack as an attack on the Sikh nation. Soon as Bhai Sahib got the news of the attack, he gathered locals and made his way to Sri Darbar Sahib to join his brothers in defending the sanctity of Sri Darbar Sahib. Due to a curfew all over Punjab, Bhai Sahib along with his group was stopped by the Indian army. Bhai Sahib was arrested and labelled as terrorist, and due to this he was inhumanly tortured. Bhai Sahib was released after the Panchayat put pressure on the police.

After Bhai Sahib left home, the Punjab police started to raid the family house and harass the family of Bhai Sahib. Bhai Sahib’s parents, siblings and wife would all be arrested and brutally tortured at various police stations. The police would raid the family house regularly and when they would not find anything, the police would humiliate the family by swearing at them and physically assaulting them. Bhai Sahib did actions with Jhujaru Singhs such as Bhai Baljit Singh Ghora, Bhai Baldev Singh Ghuman, Bhai Baldev Singh Jhande, Bhai Harkewal Singh Tank, Bhai Lakhwinder Singh Havelian and Bhai Dharam Singh Kashtiwal.

On 14th April 1989, Bhai Sahib and Bhai Baldev Singh Ghora were travelling to Dyalgarh from Batala on a scooter. The police had given the location of these sons of Dhan Guru Gobind Singh Ji Maharaj to the police. Bhai Sahib and Bhai Baldev Singh Ghora were surrounded by the CRPF at the bridge of Dyalgarh. The Singhs only had one revolver between them. Soon as Bhai Sahib realised he was surrounded he opened fire on the enemy. But the battle did not last very long and Bhai Sahib only had 6 bullets, eventually the CRPF soldiers closed in on the Singhs and made them martyrs of Khalistan.

Information given by the family of Shaheed Bhai Dharamjeet Singh Babbar 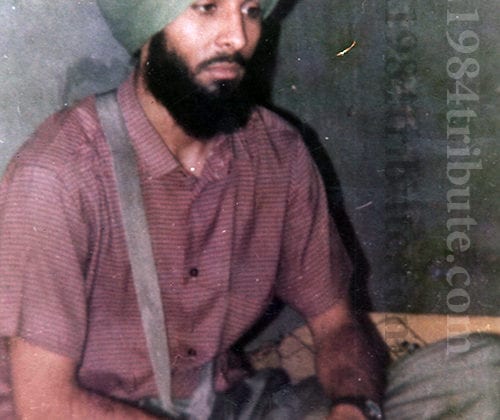