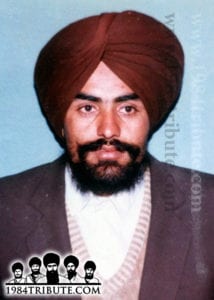 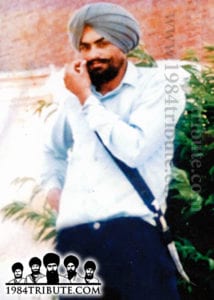 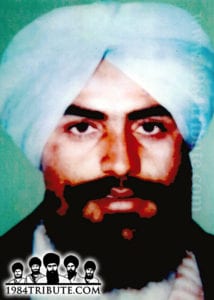 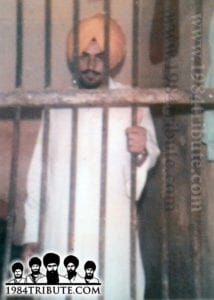 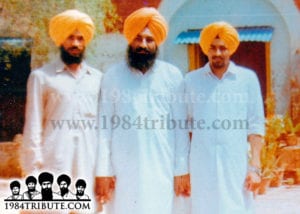 Bhai Darshan Singh Ranjitgarh was born on the 5th of March 1967 in the house of Sardar Teja Singh Dhillon and from the womb of Mata Gurdev Kaur in the village of Bhure Khurd, district Ferozpur. Bhai Sahib was the eldest of five brothers and sisters. From the start Bhai Sahib had a lovable personality and did not like the egoistical behaviour of others. Bhai Sahib studied up until 5th class at the local village school and then completed his education until 10th class at a school in Lakho Ke Bahram. In 1982 Bhai Sahib and there family moved from Bhera Khurd to RanjitGarh, here is where Bhai Sahib started doing farming.

In these days Sant Jarnail Singh Ji Bhindranwale were organising the Dharam Yudh Morcha and Sikh Student Federation was at its peak. Bhai Sahib joined and establishment the unit of the Sikh Student Federation in Mukhatsar and started doing sewa. From here onwards Bhai Sahib mostly stayed away from home and at times Bhai Sahib would come home and meet the family. During these days, Bhai Sahib would also spent time with Sant Ji as well. Listening to the speeches of Sant Jarnail Singh Ji Bhindranwale, made Bhai Sahib become even more deeply involved within the movement.

In June 1984 when the Government of India attacked Sri Darbar Sahib, Bhai Sahib was at Sri Darbar Sahib in Mukhatsar from where Bhai Sahib and fellow singhs were arrested by the Indian army. The arrested singhs were tortured all day and after being charged with many cases the Singhs were sent to Faridkot jail. Bhai Sahib had some cases pending on him prior to the attack on June 1984, such as killing of 3 home guards and looting their weapons in Baruwal market, then in Malot a killing of a guard, in Dhudika a fake saadh killing and some more cases. For this reason Bhai Sahib was moved from Faridkot to Sangrur jail. After spending 1 and half years in jail, Bhai Sahib was released on bail.

Once Bhai Sahib and Bhai Waryam Singh were travelling on a scooter with weapons, when all of a sudden they reached a checkpoint near Mudk, here an encounter started between both sides, both singhs managed to escape and reached the village of Baghe Purane. Bhai Waryam Singh laid the injured Bhai Sahib on the floor and he himself went to Bhai Balbir Singh Babbar Ludhar’s house for help, where the family of Bhai Balbir Singh Babbar Ludhar arranged Bhai Sahib to be treated.

The newly elected president of Shiv Sena in Mukhatsar ran an pharmacy business, he would daily talk against the Jhujaru Singhs of Sikh Freedom Movement. He would go on stage and do speeches by shouting his throat out. This was making the Jhujaru Singhs angry, although he was sent messages to stop, he carried on doing so. Then finally Bhai Sahib and Bhai Gurjant Singh Budhsinghwala confronted the president of Shiv Sena with bullets at the bus station and shut the shouting mouth of that Shiv Sena forever.

Once a good friend of Bhai Sahib brought a message form home and said, “Bhai Sahib, your family is struggling making ends meet, could you please help by sending them some money?” Bhai Sahib said, “How much money do you need?” The other Singh said, “as much as you can give.” Bhai Sahib asked again, “You tell me how much money they need, I don’t want to send them poison!” The Singh did not know what to say and left without the money.

On 24th August 1989, was the day that Bhai Sahib had been anxiously waiting for. Bhai Sahib was staying at a house on the outskirts of Rode village. On this day Bhai Amrik Singh Mukhatsar and Bhai Sadhu Singh Rode were with Bhai Sahib, these Singh where about to have food when all of a sudden police surrounded the village. All three Singhs came out of the house with their assault rifles and walked in different directions. Jagdish Rai Sharma was in command of the police force and he ordered his force to only get Darshan Singh and leave the other 2 Singh’s. The other 2 Singh’s managed to escape but Bhai Sahib went into a cotton field and lay down on the ground. The SSP Jagdish Rai Sharma sent his constable to find Bhai Sahib. When the Sikh Constables saw Bhai Sahib they thought, that Bhai Sahib is a great warrior if we arrest him the SSP will kill him, for this reason the Sikh constables went back and told they SSP that they can’t find Bhai Sahib. In this amount of time the CRPF had also come on the scene, when the SSP sent the CRPF personnel in the field to find Bhai Sahib, the CRPF had managed to arrest Bhai Sahib. They tied Bhai Sahib’s hands to his back and took him to near a school where there was a small police station.

Here ASI Fauja Singh swore at Bhai Sahib and slapped him, but Bhai Sahib had his eyes closed and recited Gurbani, then the ASI laid Bhai Sahib down in a ditch and shot him in the waist and then in the temple. The flowing blood of Bhai Sahib was making the foundation of Khalistan even stronger. Even after Bhia Sahib’s soul was free from its body; it challenged the enemy and said: 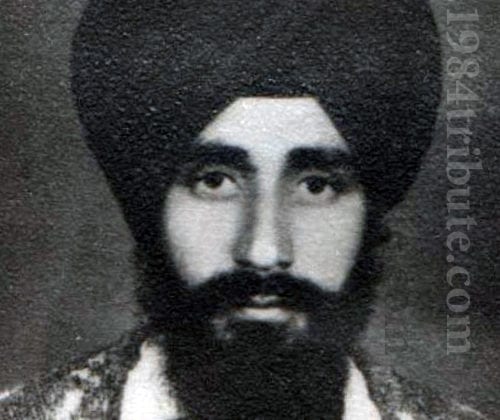