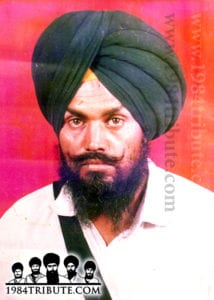 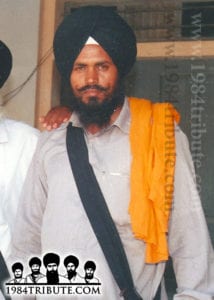 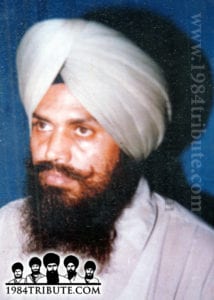 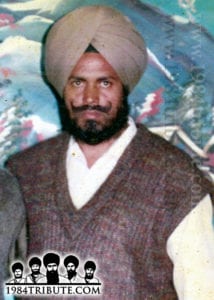 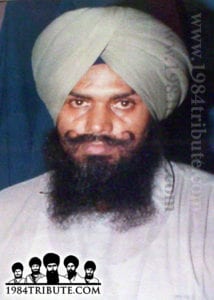 This great warrior of Malwa was born 17th June 1951, in the house of Sardar Hazura Singh and from the womb of Mata Dalip Kaur in the village of Akalian Khurd, district Bathinda. Bhai Sahib had older brother, Bhai Mehar Singh Bhola who unfortunately had been murdered in the village. The killing of his brother was very painful to Bhai Sahib. The locals say this horrific event changed Bhai Sahib forever.  There was a time when both brothers would joke about amongst each other, now the lonely brother was always quiet and this was killing the atmosphere at home. This pain did not stop Bhai Sahib from becoming a part of the Sikh Freedom Movement. From June 1984, Bhai Sahib left home and went underground to join the Khadku Singhs.

In February 1988, Bhai Sahib was arrested and after a lengthy period of blind torture, Bhai Sahib was sent to jail. After spending 9 months in jail for many cases, Bhai Sahib was bailed and went home to Akalian Khurd. Bhai Sahib tried to stay at home and support his elderly parents as his older brother had been murdered. The police did not let this happen and would come to the family house daily to harass the family and take Bhai Sahib to the local police station. For this reason in September 1990, Bhai Sahib said the final Fateh to his family and once again went underground. While being underground Bhai Sahib joined the singhs of Babbar Khalsa International and started punishing the anti-Sikh elements.

Even Bhai Sahib’s wife, Bibi Naseeb Kaur accepted this separation of her husband as an order of Waheguru. Bhai Sahib had two sons, Bhai Ram Singh and Bhai Gurmeet Singh. The family of Bhai Sahib are angry with panthic leaders, who never supported the family after Bhai Sahib’s shaheedi. When Bhai Sahib was alive, all the Akali leaders and Congressi leaders would always attempt to meet him, but none of the so called panthic leaders came to see how his family is doing. The elderly mother of Bhai Sahib told us, “I’m not upset about his (Bhai Sahib) Shaheedi, he died for the panth. I’m only upset about Bhola (Bhai Sahib’s brother), I just can’t forget that.”

A black cat of the police had most of these singhs arrested one by one and after attained shaheedi in Fake encounters. Bhai Sahib along with Bhai Jugraj Singh Rasheen Babbar, Bhai Pargat Singh Fauji Babbar, Bhai Gurmeet Singh Laadi Babbar, Bhai Davinder Singh Kalsian Babbar and a few more singhs were captured alive in police raids and made shaheed in fake encounters. But in the press conference the police stated that they had killed 6 Khadku Singhs in an intense and a lengthy encounter on 6th March 1993, near the village of Nahian. The Sikh nation knows the police have lied but wait for the truth. 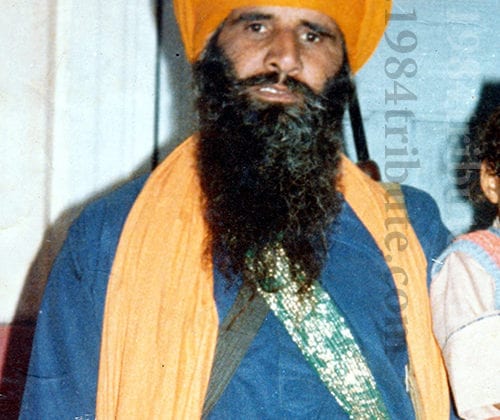 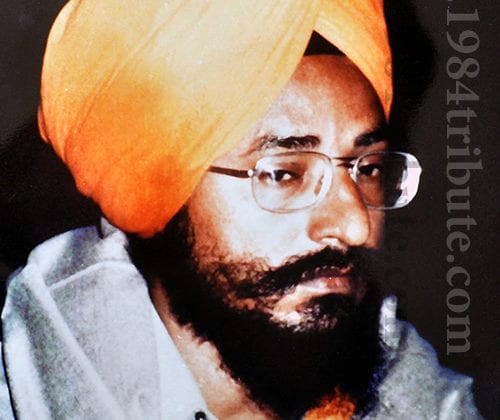