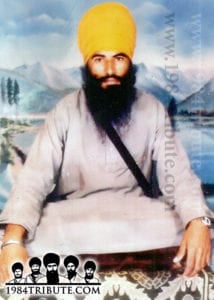 Bhai Sahib was so deeply attached to Sikhi and in 1981 he went to study at the headquarters of Damdami Taksal at Chownk Mehta to learn Santhaya of Gurbani. Shortly after Bhai Sahib took Amrit from the Panj Pyare and started living a life of a Gursikh. It was at Chownk Mehta, Bhai Sahib met Sant Jarnail Singh Ji Khalsa Bhindranwale and learnt Gurbani, Katha and Kirtan. In the short time Bhai Sahib was at Chownk Mehta, he had learnt many Sikh prayers by heart and was progressing very fast in Gurbani Santhaya. Bhai Sahib was very good in Katha, explaining Sikh history. As well as doing Katha, Bhai Sahib also did good Kavishari too.  Bhai Sahib had also memorized most of the Sri Guru Granth Sahib Ji Maharaj. Sant Jarnail Singh Ji Khalsa Bhindranwale saw the love that Bhai Sahib had for Sikhi and was really impressed with Bhai Sahib. During the Dharam Yudh Morcha, as the Sikhs would gather at Sri Manji Sahib Hall, Bhai Sahib would tell the Sikh congregation of the Injustices that were being committed on them by the Indian government.

Bhai Sahib was known as one of the main Singhs of Damdami Taksal. Bhai Sahib also did Sewa as one of the Panj Pyare, during Amrit Sanchars at Chownk Mehta. Bhai Sahib would travel village to village, preaching Sikhi and holding Amrit Sanchars. Sant Jarnail Singh Ji Khalsa Bhindranwale and other Singhs of Damdami Taksal gave Bhai Sahib the name of Chardikala, as he was always in high spirits. When the Indian army attacked Sri Darbar Sahib in June 1984, Bhai Sahib was at Chownk Mehta. The attack on the Sikh throne, Sri Akaal Takht Sahib and the killing of thousands of innocent Sikhs had a deep impact on Bhai Sahib and he wanted justice, even if it meant that he had to deliver justice himself. After the Sikh genocide of November 1984, Bhai Sahib left his home and family to fight against the Hindu government and for Khalistan, a country where Sikhi and Sikhs will remain safe.

Information given by the family of Shaheed Bhai Gurcharan Singh Chardikala 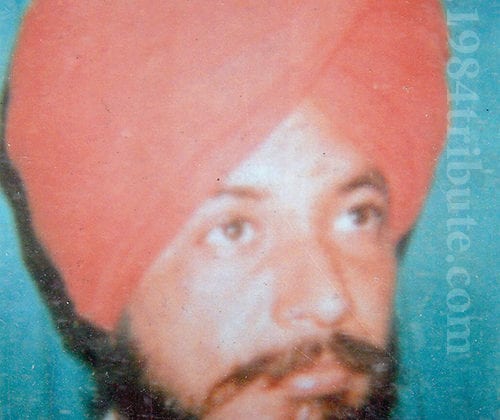