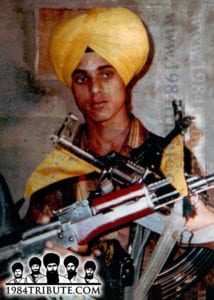 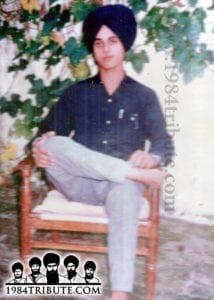 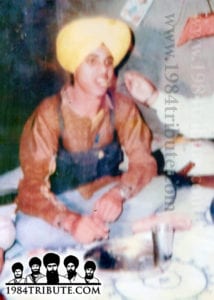 Bhai Sangat Singh Laddi was born on 16th December 1971, Wednesday in the early hours of the morning at 5am. Bhai Sahib’s parents were Sardar Gurdit Singh and Mata Joginder Singh, who lived in Timowal village, district Amritsar. Bhai Sahib had 3 sisters, Bibi Dalbir Kaur, Bibi Palwinder Kaur, Bibi Kulwinder Kaur and 2 brothers, Bhai Mangat Singh, Bhai Gulab Singh. Because Bhai Sahib was the youngest in the family and most loved, he was given the name of Laddi. Bhai Sahib’s grandfather was Sardar Jawanda Singh, who was known by the name of ‘Tapiay’ by the locals. It is said that Sardar Jawanda Singh meditated/Tapp so much that he was named ‘Tapiay’. Bhai Sahib’s mother side is from the Nangli village. Bhai Sahib’s Grandfather here was Sardar Sewa Singh and Mama was called Sardar Avtar Singh. Bhai Sahib’s both parents were Amritdhari and Bhai Sahib also took Amrit at a young age. Bhai Sahib’s father was known for his knowledge on religion and had studied many different Granths. Sardar Gurdit Singh fed his family from the honest living earned from his ancestral farms and also encouraged his family towards Sikhi.

Bhai Sahib studied uptil 10th class at the local primary school of Timowal. Bhai Sahib loved playing with his school friends. As well as studying Bhai Sahib also did santhaya of Sri Guru Granth Sahib Ji and soon he started doing Rauls at Sri Akhand Paath Sahibs. Bhai Sahib did his Jap Ji Sahib Rauls and Rauls of Sri Guru Granth Sahib Ji at the local gurughar, Gurudwara Gurdita Ji. For a year Bhai Sahib did the sewa of a Granthi Singh and after he worked at Hearing India Company in Gaziabad in Uttar Pardesh. Bhai Sahib worked here for 6 months and then returned home, due to not being comfortable here. Bhai Sahib’s older brother, Bhai Mangat Singh also worked.

Bhai Sahib came in contact with Bhai Paramjit Singh Panjwar and Bhai Gurmukh Singh Nagoke of Khalistan Commando Force and it was from here he slowly started getting involved in the sewa. Bhai Sahib was put into the Jhujaru group of Bhai Rajwinder Singh Raja group. At this moment the family did not know of Bhai Sahib’s Jhujaru life as he told his family that he was going out do a Raul. Then finally in 1989, Bhai Sahib jumped on to the battlefield and started punishing the anti-Sikh elements. Bhai Sahib had been doing sewa for only 3 months when the police got information of his involvement in the Sikh Freedom Movement, it was from here that the Indian security forces started searching for Bhai Sahib.

On the night of 9th December 1989, Bhai Sahib and Bhai Gian Singh Ghora (village Jhabbal) went to his house in the village of Timowal, but someone had reported this move of Bhai Sahib to the police. On the morning of 10th December 1989 at 5am, 6 jeeps of the Punjab police surrounded Bhai Sahib’s house. The Jhujaru Singhs all had big guns and the police undermined Bhai Sahib due to his age. When the police knocked the house door, Mata Joginder Kaur pretended to find the keys and held the police out for a while. By now the singhs realised they had been surrounded. Bhai Sahib and Bhai Gian Singh Ghora took their positions and as soon as the police came through the door the Jhujaru Singhs shot them dead. This encounter lasted for many hours, Bhai Sahib had got his family members out to a secret place. In this encounter Bhai Sahib and Bhai Gian Singh Ghora killed 7 police officers and after escaped in the police jeep. After the encounter all the house of the village were searched and innocent Amritdharis were arrested and taken to the Jandiala police station. The police also took expensive furniture from Bhai Sahib’s house to the police station, the police only left one cow in the house. The Amritdharis were released after 2 days, Bhai Sardar Gurdit Singh who was in police custody came home after 3 months and on his return only one cow was waiting for its owner. Finally in the month of March 1990, Bhai Sahib’s family returned home and there wasn’t even a glass to drink water from. It had been 5 days since the family had returned to their home, the Jandiala SHO got all of the family’s belongings put on a carriage and sent to Bhai Sahib’s home. With the help of the locals everything was set up like it used to be and the family started to live their lives again.

Bhai Sahib had been given the rank of Area Commander by the senior singhs of Khalistan Commando Force and roughly 4 months after that Bhai Sahib was made the Lt General. While in the movement Bhai Sahib always encouraged everyone to be united. Bhai Sahib preached to the young Sikh brothers and sisters to take Amrit from the Panj Pyare and always be ready to fight injustices. Bhai Sahib also met he locals Sarpanchs to get them to make better roads in their villages and areas. Bhai Sahib also warned police informants and who didn’t listen to Bhai Sahib was punished. The second major Step Bhai Sahib took was to stop the local gangsters from looting public, Bhai Sahib had made this request direct to them. Bhai Sahib encouraged criminals to earn an honest living and to avoid all sorts of drugs. The third biggest step Bhai Sahib took was to warn the police officer and constables to stop harassing the families of the Jhujaru Singh. Now the police had put 5 lakh rupees on Bhai Sahib’s head.

Some of Bhai Sahib’s action:

The Jhujaru Singhs had organised a Smagam at Gurudwara Gurdita Ji of Timowal village. On the afternoon of 20th October 1990, Bhai Sahib and another Jhujaru Singh known as ‘Rana’ were travelling from Raiay to Baba Bakala in preprations from this Smagam. The police received this information and started to follow the Jhujaru Singhs. Bhai Sahib had realised that he was being followed and went into the fields of village Cheema Bathh. From here the Jhujaru Singhs took their position and started an encounter. This battle between the sons of Dhan Guru Gobind Singh Ji Maharaj and thousands of paid soldiers of India lasted roughly about 2 hours. Bhai Sahib managed to create a safe escape route for his fellow Jhujaru Singh, ‘Rana’ and told him to escape which he did. When Bhai Sahib’s ammunition had finished and he saw no escape, Bhai Sahib swallowed a capsule of Sy-Nyde and attained shaheedi. The police than got the body of Bhai Sahib and made it into a false encounter by firing bullets into Bhai Sahib’s chest.

Soon as the locals found out about Bhai Sahib’s shaheedi, they quickly reached the location of the encounter and asked for the shaheed saroop. The police was outnumbered by the locals and feeling threatened the police fired into the crowd killing 3 people. The police than promised to give the body of Bhai Sahib to his family following morning in Timowal, but the police lied and cremated Bhai Sahib at Sitala Mandir in Amritsar, the police gave Bhai Sahib’s ashes to the family. At Bhai Sahib’s bhog, the Indian security forces surrounded Bhai Sahib village from all entrances and no one from outside were given the allowance to attend Bhai Sahib’s last Ardas.

Information given by family of Shaheed Bhai Sangat Singh Laddi 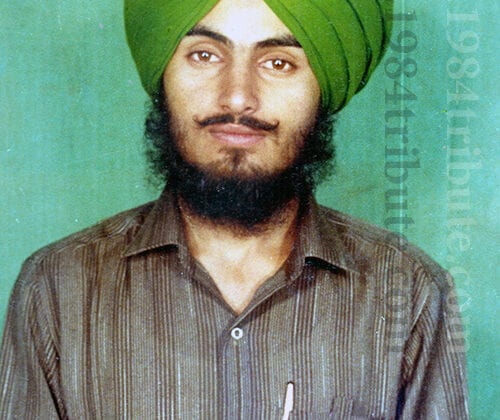 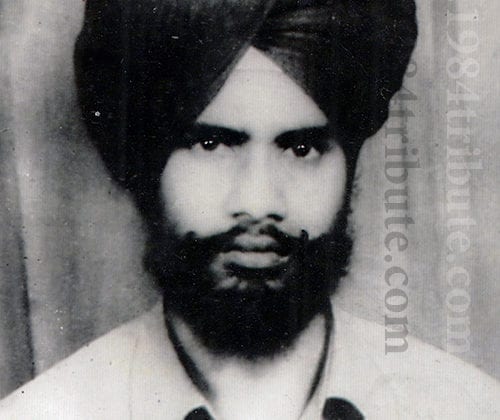 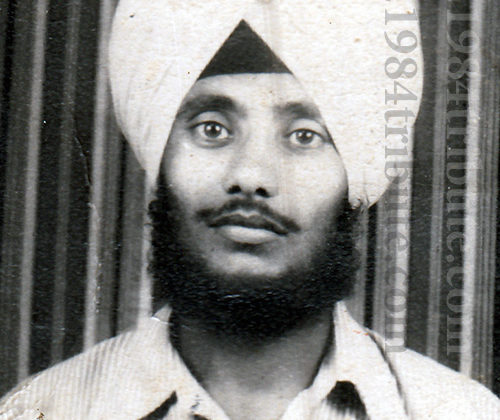