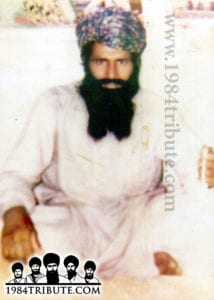 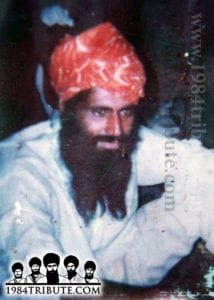 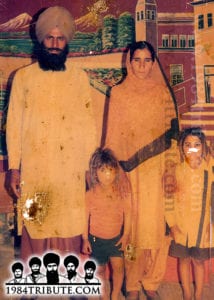 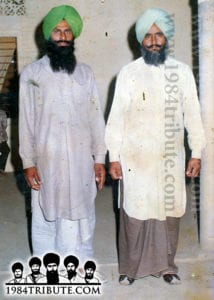 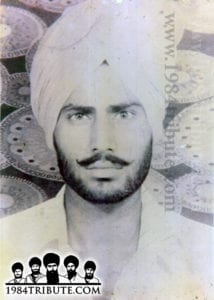 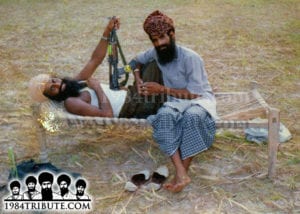 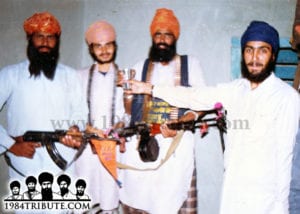 During the years of 1986-1987, Sardar Gura Singh took part in many actions of Bhai Dalbir Singh Rebiro from the village of Gharali. Due to this many Jhujaru Singhs would come to Bhai Sahib’s house and have Langar as they planned actions. On the police records Sardar Gura Singh was labelled as a Jhujaru Singh on the run therefore the police would regularly harass the family and ask about where Sardar Gura Singh was. Once Bhai Sahib was arrested because the police were unable to arrest his father. Bhai Sahib was kept in jail without any charges for six months. Like this Bhai Sahib became a victim of the injustices committed by the Indian Government. Bhai Sahib had enough of the daily harassment from the Punjab Police and he had already made contacts within the Sikh Freedom Movement. Bhai Sahib now also wanted to do sewa with other Jhujaru Singhs.

Sardar Gura Singh already had contacts in Pakistan as he lived close to the border. After the attack on Sri Darbar Sahib in June 1984, he put all his resources into taking revenge from the Indian Government. Sardar Gura Singh was picking up weapons from Pakistan and bringing them into Punjab for the Jhujaru Singhs. As well as transporting weapons, he was helping Jhujaru Singhs like Bhai Jarnail Singh DC, Bhai Balbir Singh Fauji, Bhai Harjinder Singh Para etc, cross border into Pakistan to get their training. Eventually Sardar Gura Singh was arrested and then killed in a fake encounter.

Bhai Sahib soon met Bhai Balwinder Singh of Gagobua and Bhai Jassa Singh Ghuk of Mahna Mallian who both were doing sewa under Khalistan Commando Force. Bhai Sahib put himself forward to do sewa of the Panth, Bhai Jassa Singh Ghuk saw the tall, strong body of Bhai Sahib and recruited him into Khalistan Commando Force. Bhai Sahib had left his home and chosen the path which had many difficulties, but Bhai Sahib’s love for sewa bought him on top of any difficulties. Bhai Sahib always remained in Chardikala. Once Bhai Sahib and his fellow Jhujaru Singhs attacked the police station of Sursingh, the Jhujaru Singhs looted all the weaponry from here and in the encounter between the sons of Dhan Guru Gobind Singh Ji Maharaj and the paid dogs of the Indian Security Forces, two Indian police officers were killed. On many occasions Bhai Sahib fought fearlessly and bravely against the CRPF, BSF and other Indian security forces.

In November 1991, the Indian Security Forces surrounded the whole of Sursingh. They gathered all the locals into the local school. At first every house was searched upside down, then the police started identifying person by person. Unfortunately Bhai Sahib was caught up in this mess. When Bhai Sahib’s turn came to be identified, the police identified him as Bhai Ram Singh Ghuk who was on the run therefore they arrested Bhai Sahib. Bhai Sahib was charged with many cases, for almost one year Bhai Sahib was kept on remand in Amritsar Jail. Then on 8th December 1992, Bhai Sahib along with three other Jhujaru Singhs, Bhai Resham Singh Kuharka, Bhai Aroor Singh Manochahal and another Jhujaru Singh were moved from Gumtala Jail of Amritsar and taken to a riverbank near the of village Dodian. Here all four Jhujaru Singhs were made Shaheed in a false encounter. After Bhai Sahib’s Shaheedi, the bodies of the Jhujaru Singhs were not given back to their families. This was mainly done, so the families could not have Smagams in the names of the Shaheeds as it would awaken more Sikhs and encourage them to fight injustices and become Jhujaru Singhs. The police cremated all four Jhujaru Singhs in Tarn Taran under heavy security.

Information given by the family of Shaheed Bhai Ram Singh Ghuk 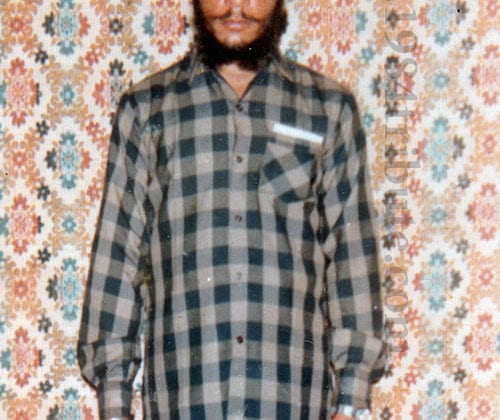 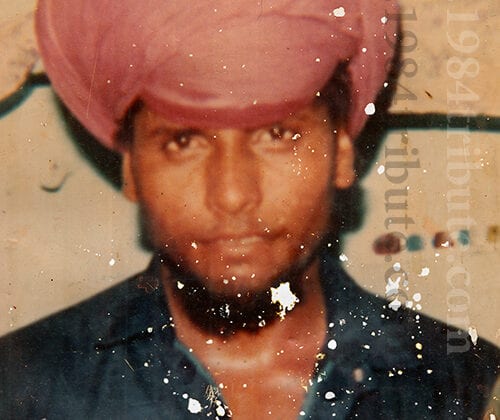 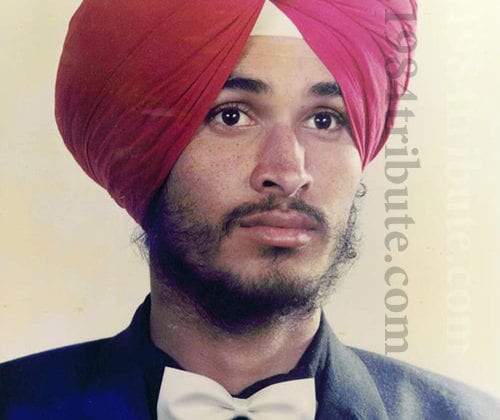