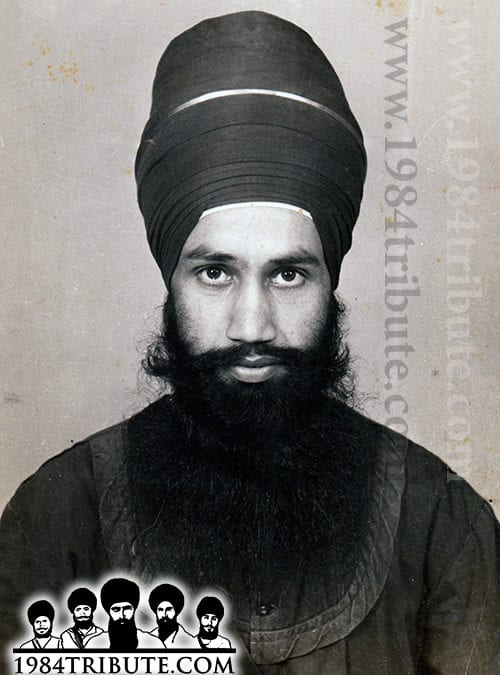 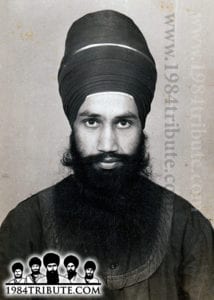 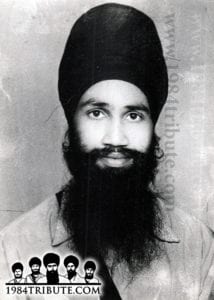 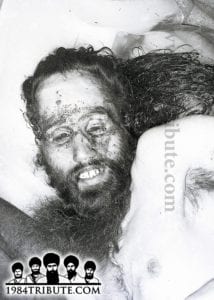 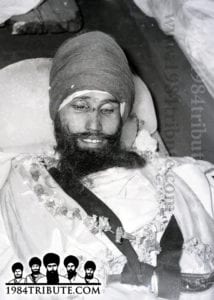 Shaheed Bhai Raghbeer Singh Ji was born in the village of Bhagupur in Patti in the district of Amritsar on 10th March 1949 at the house of Sardar Nawab Singh. He was educated in his own village up to the age of fifteen and then joined the army in the Bombay Engineering Group in Kirki, Puna. He stayed on for five years, then resigned from the Army in 1968 and moved to Patiala.

I first met Bhai Raghbeer Singh on 14th December 1966 in Kirki, Puna, when I was doing my army service and was being transferred from Sagar (Madh Pradesh) to Training Battalion Number 1, Bombay Engineering Group. I was working as an office clerk and Bhai Sahib was an engine fitter, but being a religious person he was appointed to be Sewadar at the Gurdwara. The weekly Kirtan programmes in Puna were being performed under the control of Professor Beant Singh Ji, and I used to take Bhai Raghbeer Singh with me to the Kirtan Smagams. I also kept a tape recorder with me on which I had recorded the Kirtan of Bhai Mahinder Singh Ji, Bhai Joginder Singh Talwara and many other Bibian, which we used to listen to everyday. Other Gursikhs also used to come and Bhai Sahib was greatly influenced by the Bani and Kirtan, so much so that he learnt the Nitnem Banis by memory within a few days and started wearing the Panj Kakkars.

One day he said to me, “I would like to do Darshan of the Gursikhs whose Kirtan you have played to me and would like to have the gift of Amrit Naam from the Panj Pyare.” I replied that he should go before the Panj Pyare at the Ludhiana Smagam during Visakhi and he will be blessed. He told me that I should also take leave and accompany him. At that time my permanent residence was in Ludhiana.

Bhai Raghbeer Singh was having difficulty in obtaining leave but said that he would definitely go to Ludhiana during Visakhi. I managed to get two months leave and we both went to Professor Beant Singh as he had good connections with the officers. He phoned Bhai Raghbeer Singh’s officer to ask if he could have permission for ten days leave. Within an hour his leave was granted and we both left by train on 9th April 1967 and arrived at Ludhiana on 11th April at Amrit Vela.

On the day of Visakhi, Bhai Raghbeer Singh went before the Panj Pyare and received the gift of Amrit-Naam and became very strict in his Rehat.

Bhai Raghbeer Singh did not go to his village but returned to Puna. When I returned after my two months leave he was very pleased to see me. I also felt blessed by Guru Sahib to meet such a beloved of the Guru. Bhai Raghbeer Singh never slept after twelve o’clock. He would have his Ishnaan and would then continue doing Naam Simran until sunrise. Within a short period of time he memorized Nitnem, Sukhmani Sahib, Asa Di Vaar, Basant Kee Vaar, Sateh Balwandai Kee Vaar, Shabad Hazaray Pathshahi Dasvin, Swaya ‘Deenan Ki Prithpal’, Choupai ‘Pranvo Aad’, Akal Ustat, Baramaha Maj and Tukari, Solak Mahalla Nauvi, Gujri Kee Vaar Mahalla Panjma and many other Banis which he used to recite daily. He used to prepare his food with his own hands, but this was not allowed in the army, so he had to stop making his own food. In those days, I used to live with my Singhni and I asked him to eat at our house.

Bhai Gurbachan Singh Ji who lived in Puna arranged an Akhand Path at his home from 23rd December 1967 to 25th December 1967. With Akal Purakh’s Grace, Bhai Raghbeer Singh listened to the whole Akhand Path cross-legged in one sitting without any food or water. After the Bhog, he also listened to six hours of Kirtan in the same sitting. He did not seem to feel any tiredness. He also used to do Kirtan for many hours by memory and was a very competent Akhand Paathi.

After a little while Bhai Raghbeer Singh wanted to leave the military service and his elder brother Captain Piara Singh managed to discharge him and advised him to take over the farming work in their village because there was nobody else around to do the work. Bhai Raghbeer Singh replied that he was not returning to his village because the environment there was not right and by going home he would lose everything. Professor Beant Singh and I decided to send him to the Sura Printing Press in Patiala because a vacancy had arisen for a compositor.

Bhai Raghbeer Singh started work at the press at sixty Rupees a month where he always made his own food, and afterwards he moved to work for the Parkash Printing Press. Bhai Raghbeer Singh had always been very interested in studying. He would study and do his Nitnem daily and work all day at the press. He found all this difficult, so he left his job and concentrated on his Naam Simran and studies from 1968-1973. At this time Gurmat Parchar was being carried out in the area. Bhai Raghbeer Singh and Bhai Fauja Singh would carry out the Sewa of the Panj Pyare during the Amrit Sanchar Smagams.

Bhai Raghbeer Singh spent a lot of time with Bhai Manohar Singh Ji of the Red Cross and Bhai Surjeet Singh Ji in Patiala. He also spent some time with me in Ludhiana doing his studies.

Bhai Raghbeer Singh always spoke very sweetly and was a very sociable person. At Amrit Vela he would do Naam Abyass for many hours and it would sound as if many Gursikhs were sitting together. Many people were influenced by his Jiwan and became Gursikhs. Bhai Raghbeer Singh always used to share his earnings with others. After the Bhog of the Paath following his Shaheedi, one Gursikh remembered him by saying that a Gursikh should share one-tenth of his earnings with others, but Bhai Sahib used to live on one-tenth of his earnings and spend the rest on religious causes.

His Anand Karaj took place on 18th October 1975 to Bibi Hardev Kaur, daughter of Captain Sardar Ram Singh (retired), from the village of Batala in Kapurthala. This Anand Karaj was also unique in that he himself, his father and four other Gursikhs were present and there were no musicians or any milni. Bibi Ji was also very strict in her Rehat and Bhai Sahib became even more influenced with Bibi Ji’s Sangat and started wearing Bana. Bhai Raghbeer Singh lived in Sunam for three and quarter years. Due to his efforts, Rainsbhai Kirtans were held there every year.

Bhai Raghbeer Singh travelled from Sunam to be present at the Akhand Kirtani Jatha Visakhi Smagam. When he heard what the Nirankaris were doing on the birthday of the Khalsa and bearing in mind the Guru’s Hukam of ‘Gur Ki Ninda Suneh Na Kaan’ he went forward barefooted to face the bullets, sticks and swords. He received bullets to his chest, blows to his skull and his bones were broken by lathis, but just like Bhai Avtar Singh Ji, he obtained Shaheedi in Chardi-Kala.

He left behind his wife and two children, one whose age were one and half years and the other only five months at the time of his Shaheedi. Both are now married to young Gursikhs in UK. Bibi Hardev Kaur Ji is employed by Punjab and Sind Bank. 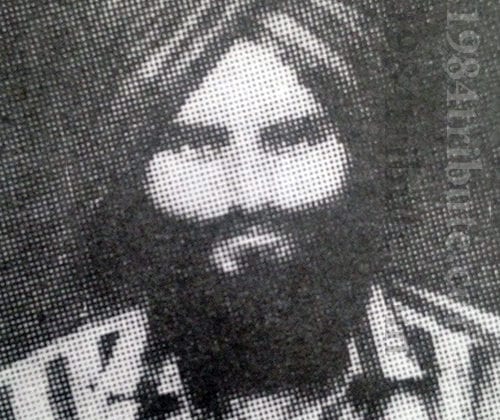 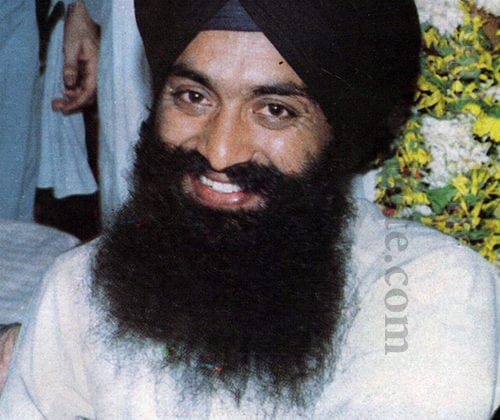