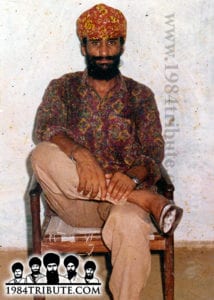 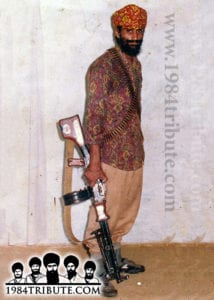 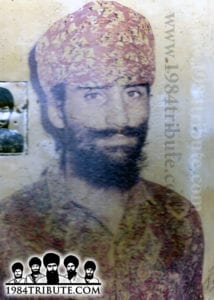 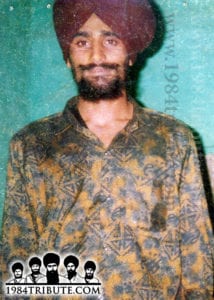 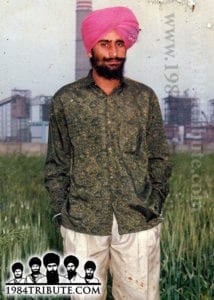 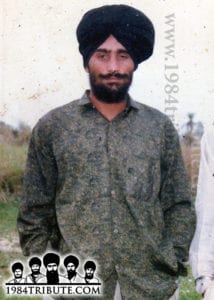 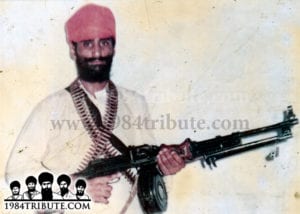 Bhai Nirmal Singh Nimma was born in the year of 1970, in the house of Sardar Akaal Singh and from the womb of Mata Kulwinder Kaur in the village of Cheema Khudi near Hargobindpur, district Gurdaspur. Bhai Sahib was the eldest of 6 brothers and 2 sisters, their names Bibi Paramjit Kaur, Shaheed Sukhdev Singh Sokha, Bhai Gurmukh Singh, Bhai Partap Singh, Bhai Ranjit Kaur, Bhai Ranjit Singh and Bhai Hardeep Singh. Bhai Sahib studied up till 10th class in a government school of Udanwal village. Bhai Sahib was very intelligent and a fast learner. From his childhood, Bhai Sahib followed the values of Sikhi. Bhai Sahib was loved by everyone and always remained happy. Due to Sardar Akaal Singh being ill, as the eldest son Bhai Sahib worked on the family farms as well as study at the same time. After Bhai Sahib completed 10th class, he went to Panipat to work at a Petroleum factory so that he could finically support his family. Like this Bhai Sahib continued to work as a labourer in factories around India and this was how Bhai Sahib supported his parents, brothers and sisters.

In 1989, while Bhai Sahib was working in Jamuna Nagar he would read the newspapers and find out that the state of Punjab was going through bad times. Reading the news would make Bhai Sahib angry towards the government of India. The attack on the Sri Harmandir Sahib in June 1984 had left Bhai Sahib in dismay and ever since then Bhai Sahib was in favour of Jhujaru Singhs.

In 1990, Bhai Sahib came home to his village on holiday, at this time the Sikh Freedom Movement was at its peak in the Punjab. Bhai Sahib’s village Cheema Khudi was one of the main bases of Jhujaru Singhs, many Singhs from this village had joined the Sikh Freedom Movement and some even attained Shaheedi fighting the Indian security forces. Bhai Sahib’s close friend and neighbour Bhai Jugraj Singh Toofan was known for punishing many enemies of the Sikhs. In April 1990 Bhai Jugraj Singh Toofan attained Shaheedi in a fierce encounter and this made Bhai Sahib really sad because he knew that he lost a good friend, but even more the Sikh Struggle had lost a brave warrior. One of Bhai Sahib’s relatives, Bhai Kulwant Singh Kanta had joined Khalistan Commando Force under the command of Doctor Kashmir Singh Dhariwal, who was the area commander in Gurdaspur. Bhai Sahib was of Sikh values but after sharing views with his cousin, Bhai Kulwant Singh Kanta, he decided to leave his family life and join the Sikh Freedom Movement to safeguard the honour and dignity of the Sikh Panth.

Bhai Sahib joined his cousin, Bhai Kulwant Singh Kanta and started doing actions under the command Khalistan Commando Force’s Dr Kashmir Singh Dhariwal. Once Punjab police found out that Bhai Sahib left home, they started harassing his family. The Punjab police would try to force Bhai Sahib’s parents to give him up. At times Bhai Sahib’s parents and brothers would get arrested and while questioning they would get tortured by Punjab police. Even when Bhai Sahib would receive this news, he would not get angry as Bhai Sahib remained focused on the bigger mission. Bhai Sahib strictly only followed up on actions given to him by senior singhs of Khalistan Commando Force. Bhai Sahib would regularly go meet his family discreetly, Mata Kulwinder Kaur would tell Bhai Sahib to give himself up to the police and then get married and stay at home. Bhai Sahib would always have one answer, “Mata, i have sworn and done Ardas in front of Sri Guru Granth Sahib to attain Shaheedi now i will only get married to death. I will never surrender to this cruel government, even when they capture us they are going to kill us, hence why it is better to attain shaheedi for the Sikh Panth.”

Bhai Sahib always kept a Sy-Nyde capsule with him. On 17th March 1991, a fellow Jhujaru Singh and Bhai Sahib’s cousin, Bhai Kulwant Singh Kanta attained Shaheedi in an encounter with Indian security forces in the village of Bhattiwal. It is said Bhai Kanta was resting there when an informant gave his location to the enemy. After his Shaheedi, Bhai Sahib was given the rank of area commander by the senior Singhs of the Jathebandi. Now the Indian security forces also upped their searches to capture Bhai Sahib, the Punjab police had put a big reward on Bhai Sahib’s head. Dr Kashmir Singh Dhariwal also attained Shaheedi and now the command of Khalistan Commando Force was given to Bhai Sahib, in a short space of time many Singhs of this group had attained Shaheedi.

The Shaheedi Saroops of the Jhujaru Singhs were not given to the families, the Punjab Police cremated the bodies of Shaheed Bhai Nirmal Singh Nimma Cheema Khudi and Shaheed Bhai ManjIt Singh Sansapur in Batala as unknown bodies.

After the Shaheedi of Bhai Sahib the Indian security forces continued to harass his family, Mata Kulwant Kaur had been arrested many times and tortured at Mal Mandi Amritsar and asked to give up the location of Bhai Sahib’s weapons, but this mother did not know anything and could not give the answers the police officers wanted. Mata Kulwinder Kaur was in custody for 14 days during this time and she was electrocuted and had the ghotna performed on her.

Bhai Sahib’s older brother, Bhai Sukhdev Singh Sokha also joined Khalistan Commando Force and on 9th January 1993 attained Shaheedi after he was poisoned by the owner of the house in which he was staying in, along with fellow Jhujaru Singhs, Bhai Satpal Singh Satta Cheema Khudi, son of Jagir Singh Sokha, Bhai Sikandar Singh Vandala Granthi, Bhai Guljar Singh Ghansarpur and another Singh of Dam Dami Taksal attained Shaheedi. The bodies of these Singhs were not given to their families neither. 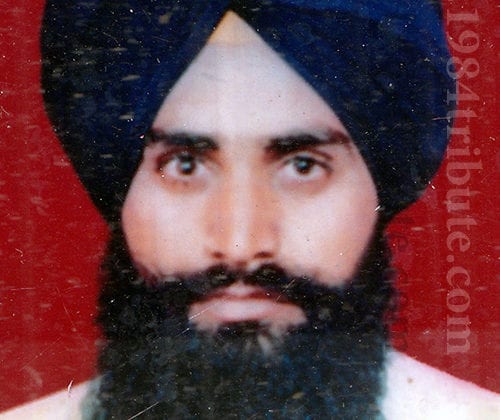 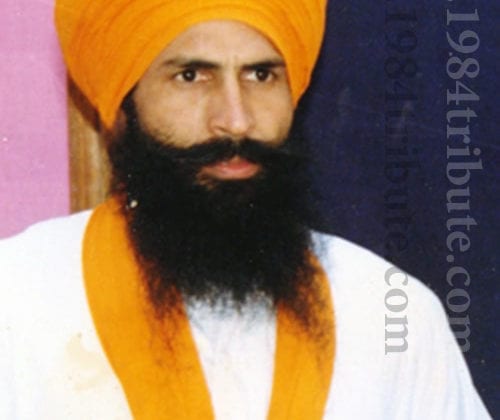